Aloe thraskii is a tall, robust, single-stemmed tree-like succulent that can reach up to 4 meters with a width of up to two meters. Its natural habitat is in dune vegetation along the coast of KwaZulu-Natal and the Eastern Cape of South Africa. Aloe thraskii is classed as 'Near Threatened' in its natural habitat due to habitat loss from urban and coastal development and illegal collecting for the specialist succulent horticultural trade.
It is a tall, fast-growing, unbranched Aloe, which develops a very large rosette. The long, pale, olive-green leaves with red-toothed margins are deeply concave and recurve downwards, sometimes even touching the skirt of old, dried leaves around the trunk. Spines are sometimes also present in a line down the middle of the lower leaf surface.
Aloe thraskii is a winter blooming species. The flowers are yellow with orange anthers and they grow on 15 to 25 upright broadly-cylindrical erect racemes, on a multi-branched inflorescence.

The yellow flowers with orange anthers on an erect raceme. (click to enlarge) 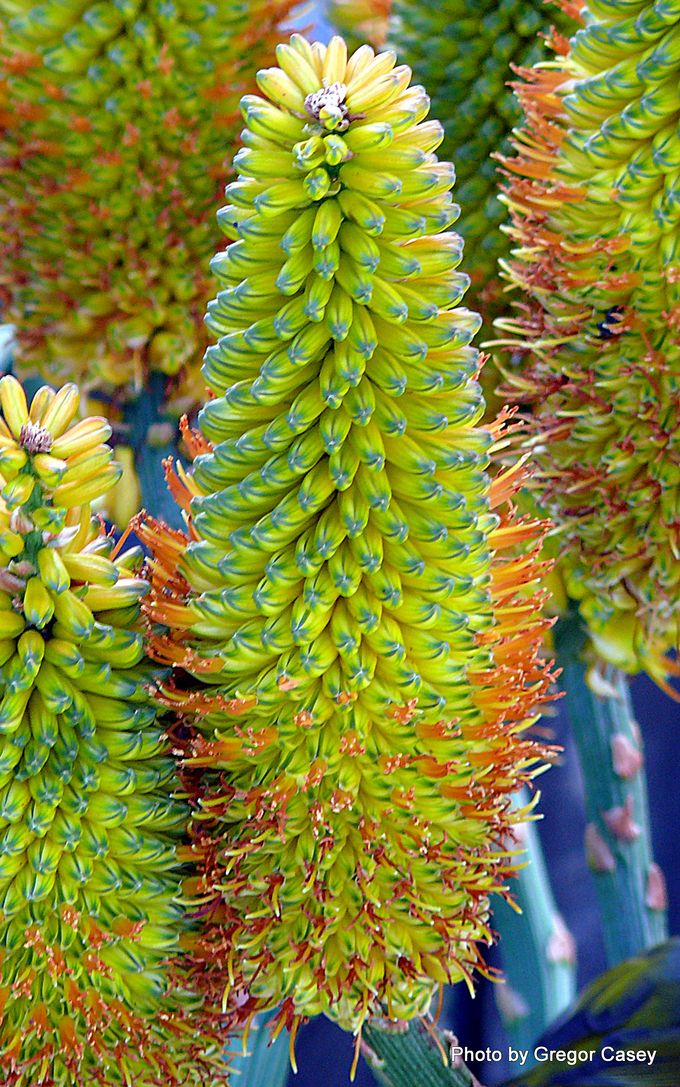