Rusa unicolor unicolor is a large, shaggy, Asian, forest deer native to the Indian subcontinent, southern China, and Southeast.
In New Zealand, they are only found in two areas in the North Island, the Manawatu/Wanganui region and the Bay of Plenty region. They are found mostly on private land (mainly forestry blocks).
Sambar deer in New Zealand are descended from a single stag and hind introduced to the Wanganui region from Sri Lanka in 1875. Later sambar deer from the Foxton area was later taken to the Rotorua area and liberated, growing into a new population.
Sambar is a problem for foresters as they browse the tops of young pine trees, which ruins their form. The males also eat pine bark which they rub off with their antlers. In native forests, they browse the understorey. They eat also pasture crops such as maize, and root crops such as swedes. The New Zealand flax (Phormium tenax) is also on their diet.

Bovine tuberculosis (TB) is a risk to the deer and cattle farming industry, but may not be present in sambar deer, although they have the potential to carry it.

Sambar deer are the second largest deer species in New Zealand, a mature stag can weigh 300kg and have an antler spread of 127cm and an average shoulder height of 1370 mm. Females are smaller. They are a uniform brown colour, darkening to almost black in older animals with tan to rust red on the rump. The underparts are grey to mid brown. They have a long bushy tail with black tip and large and round ears.
The antlers are thick, heavily pearled and are normally three-tined. They cast them during November to December with new ones grown January to March. The rut occurs between late May and December. Birthing occurs during March-April or July-September. 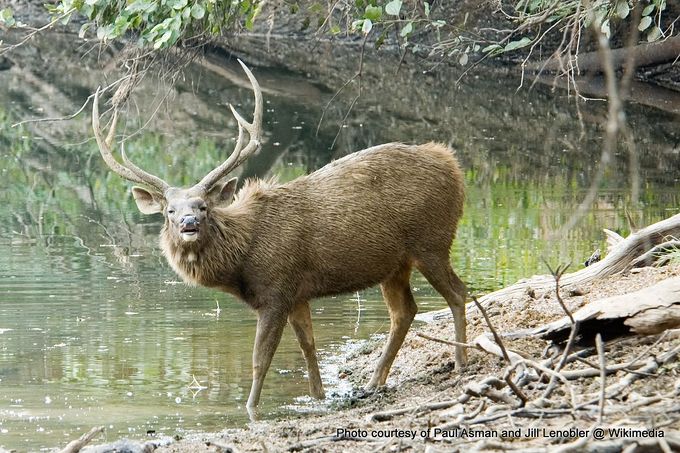 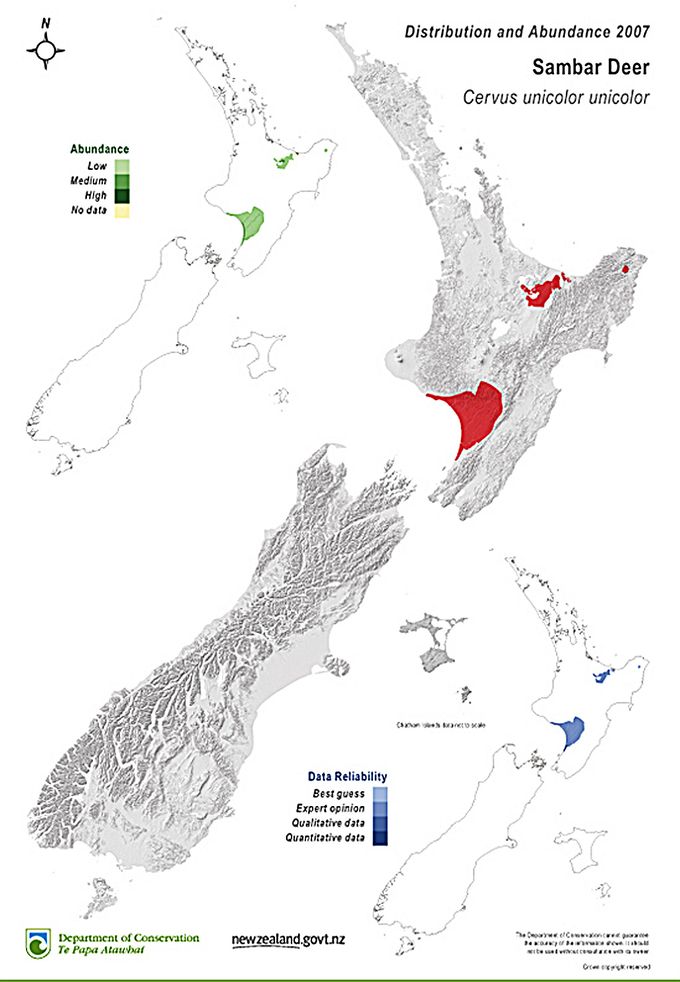