Oxychilus draparnaudi is an introduced species of small, nocturnal, carnivorous, land snail, a terrestrial pulmonate gastropod mollusc in the family Oxychilidae. It is native to Western Europe and the Mediterranean and has been introduced to New Zealand. It is present in the North and South Islands.

Oxychilus draparnaudi is a large zonitid glass snail with a spiral, heliciform shell. The shell is more or less transparent as if made of glass, hence the popular name "glass snail". The shell is colourless or amber to brownish in colour and is somewhat whiter underneath. The shell is flattened in shape with a very low spire. The shell is perforate or umbilicate. The lip of the aperture is simple, lacking thickened margin. Shells are up to 14mm across.
The visible soft parts of the animal are a very unusual, strong dark blue, mixed with a grey colour. They live in dark places under stones or similar objects.

Introduced gastropods are mostly found in disturbed forests than undisturbed habitats. In the United States, the introduced Oxychilus draparnaudi which is carnivorous has been found to have an impact on the native species causing a decline of local populations. They are thought to have had a similar effect here. 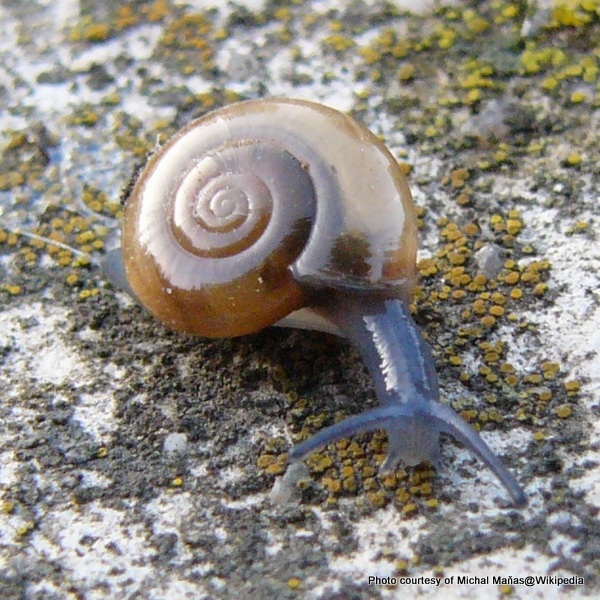 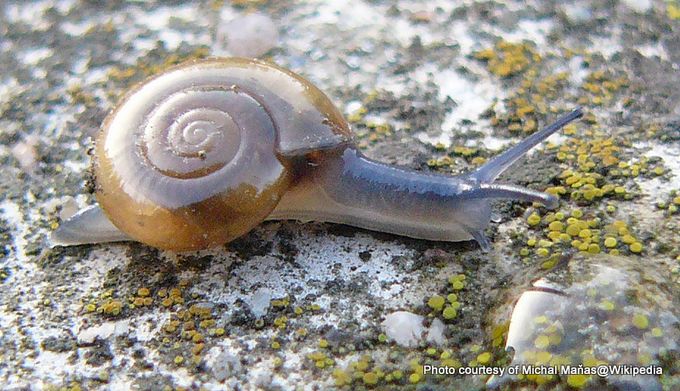