Thelymitra comes from a Greek word meaning "females headdress" and the word "mitre" describes the peaked hats that some clergy wear. The same shape that gives "Mitre Peak" its name. Pauciflora means "few flowers". The Thelymitras are known as "sun orchids" because they stay closed unless it is dry and sunny. They are found in full sun areas in open grassland, near scrub and on clay banks.
The members of this group of orchids all have one thing in common: the roots grow in soil that is they are terrestrial orchids commonly found in temperate climates and have a fixed period of dormancy in which the part above soil dies back.

Thelymitra pauciflora is a terrestrial tuberous herb in a group called sun orchids. The Thelymitras are known as "sun orchids" because they stay closed unless it is dry and sunny. The plant in the photo had a stem about 30cm. It has a single leaf which is erect, fleshy and keeled. The undersides often ribbed. Tinged with purple, and often spotted with rust.
It can have up to 12 flowers which are dark blue, mauve or magenta in colour 1.5 - 2cm across. The column is pale blue with a yellow top deeply split. Column arms with short tufts of white or mauve cilia. It opens only 2 or 3 flowers at a time. Flowering occurs from November to December. 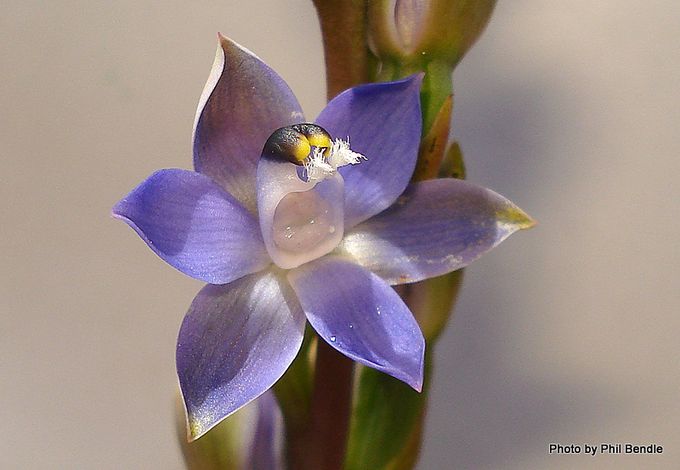 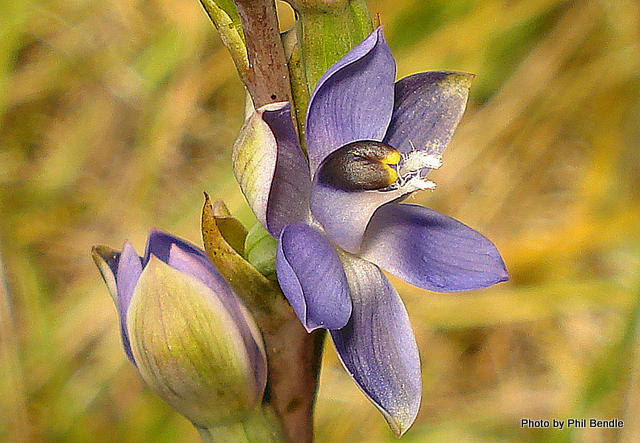 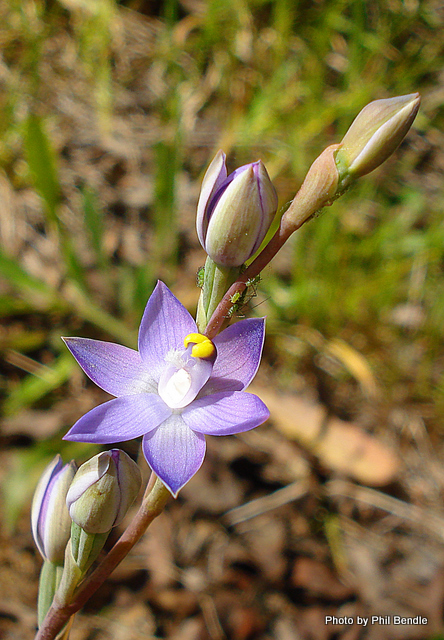 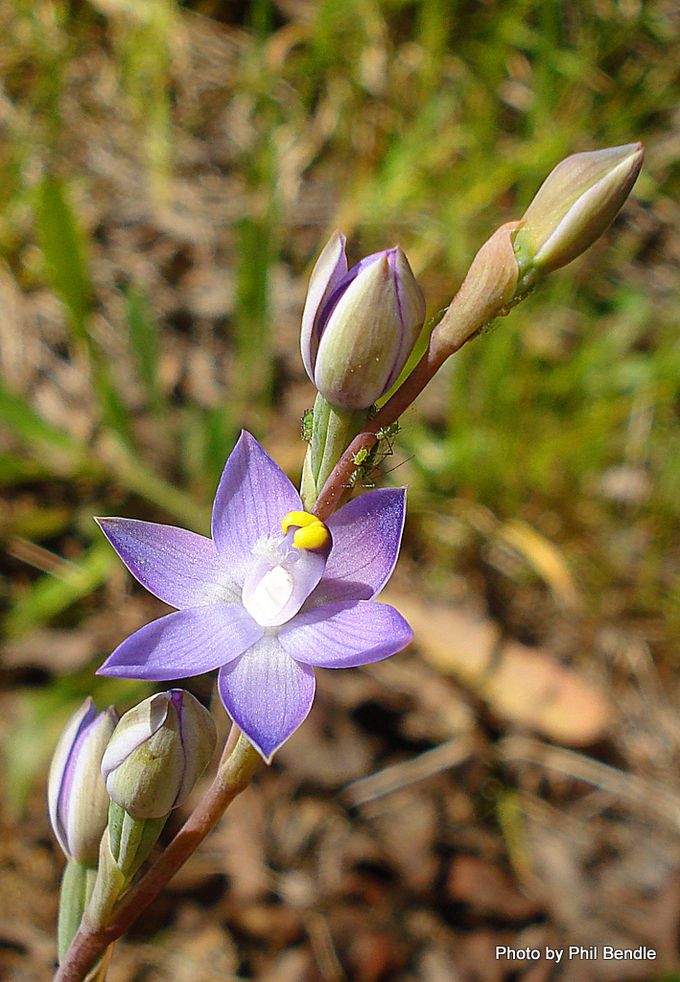 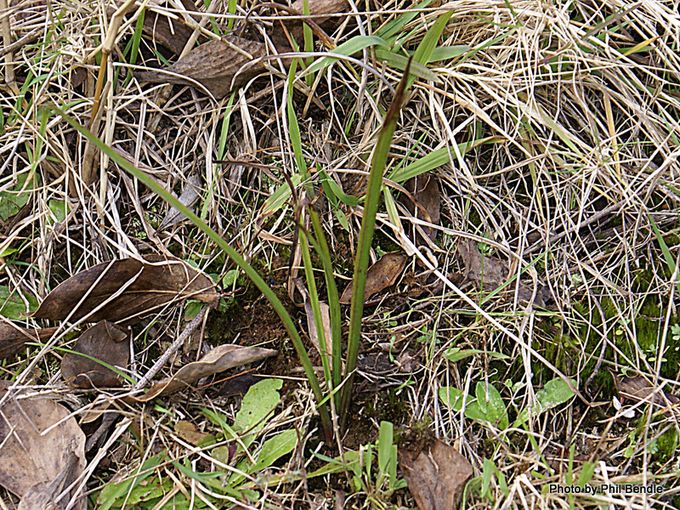