Acaena inermis purpurea is most commonly found on the eastern side of the South Island in montane gravelly riverbeds and tussock grasslands where it has good drainage.
This is a vigorous, hardy, herbaceous groundcover plant spreads to about 1m, and is a purple-leaved form of the less commonly grown grey-leaved Acaena inermis. It has fine, feathery foliage which hugs the ground although its leaves can grow as high as 5cm if growing in light shade when the colour will change from purple to a grey-purple.
In early summer creamy white flowers appear on short stems, and brownish green sepals and white anthers.
Acaena inermis 'Purpurea' unlike most species of Acaena (Bidibid) it doesn't have barbs on the spines of its seed heads and does not adhere to clothes or pets. The Latin name Inermis means unarmed. 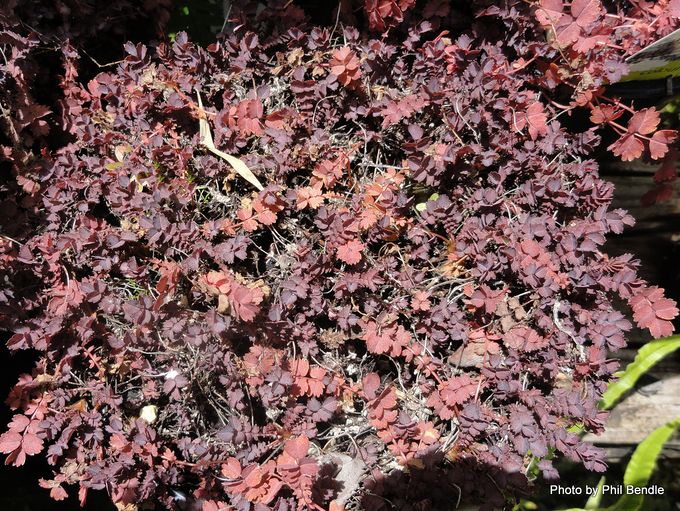 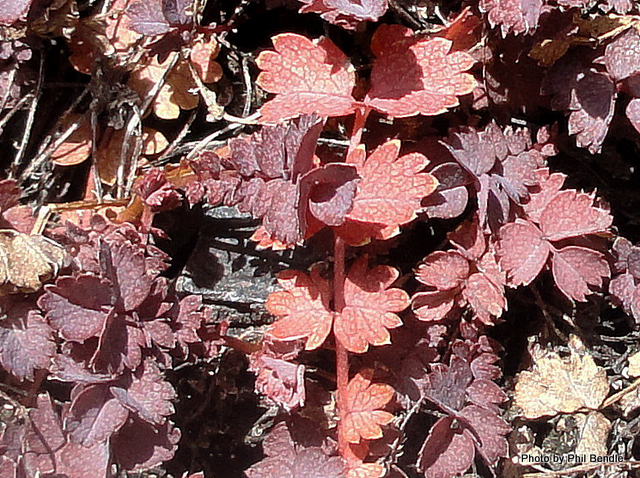