Aciphylla aurea is a species in the genus Aciphylla (bayonet plant) which belongs to the family of the Apiaceae (Carrot Family).
Aciphylla aurea is a robust yellowish-green-golden large spiky plant which forms clumps to 1 m with a tall robust very spiky flower head which can remain for up to 2 years. It is a coloniser of arid windswept, cold dry grassland and tussock areas (300-1500 m.a.s.l.) and can withstand temperatures down to -17, 7º C.
Aciphylla aurea has yellow star-shaped flowers that are arranged in large compound umbels that appear during November-December. Fruits appear January-February. 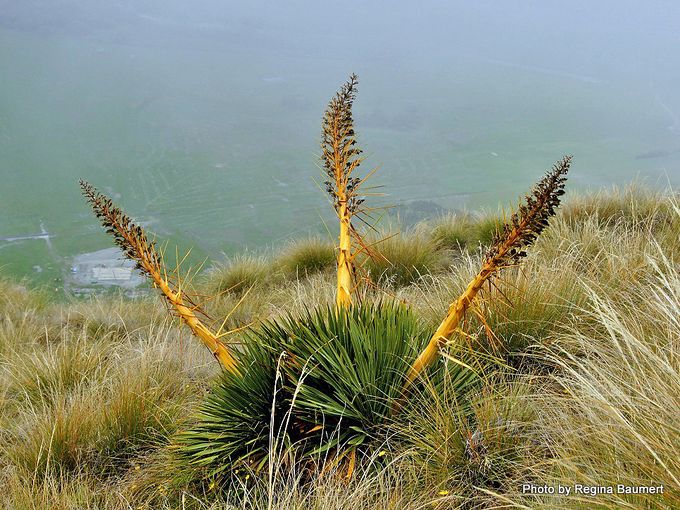 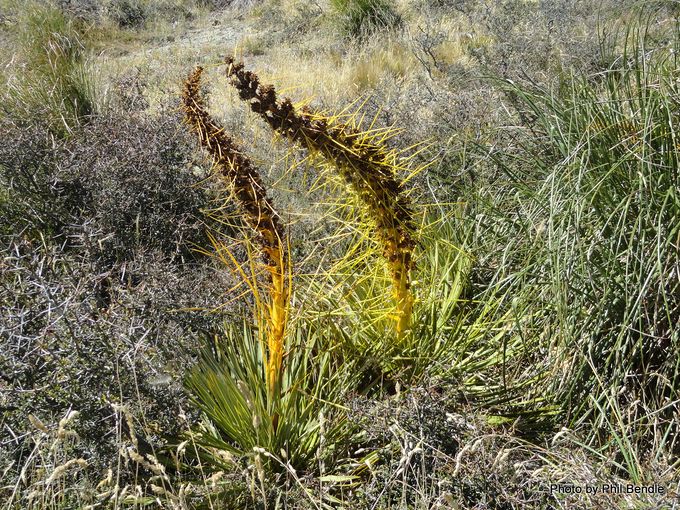 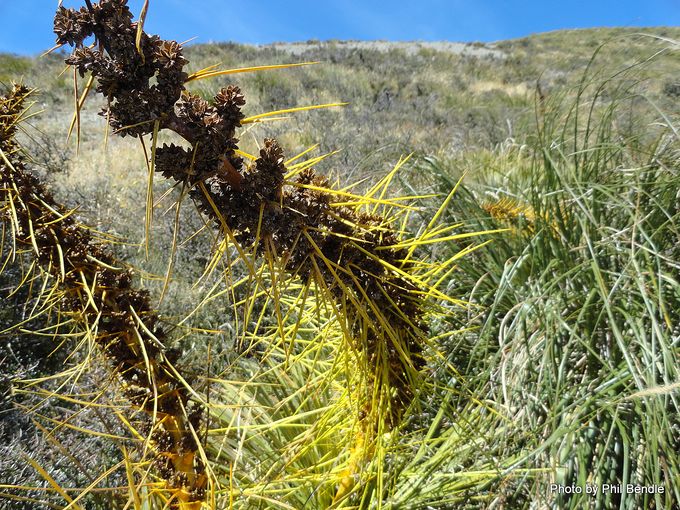 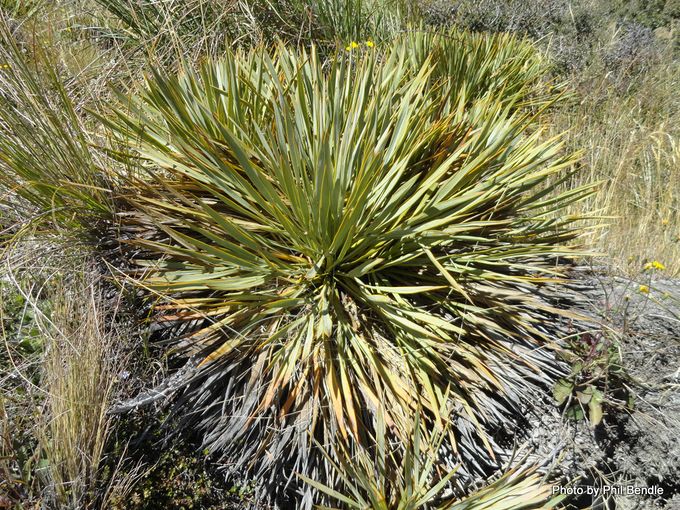