Ackama rosifolia is a flowering shrub to small tree with spreading bushy habit or it can form an upright trunk to 60cm diameter with spreading branches. It can reach a height of 6m and a spread of 4m. It is endemic to the North Island only from near Kaitaia south to just north of Wellsford and grows along the banks of streams or along the margins of lowland forests. It is very drought intolerant, and needs a damp soil and sunny aspect to thrive.
The pinnate (arising from both sides of a common axis) light green leaves have sharp teeth on the margins and a reddish tinge on the undersurfaces. Tiny creamy white star-like flowers in clusters are profuse in spring. The flowers are sessile (attached directly to its base without a stalk or peduncle) and are on much-branched inflorescences. The flowers develop into bright pinkish-red seed capsules in summer.
Ackama rosifolia has very similar to the juvenile foliage of Weinmannia silvicola but can be distinguished by the domatia (small depressions partly enclosed by leaf tissue) on the underside of the leaves. These domatia are known as tuft pocket domatia and occur at the junction of the mid-rib and the side veins where there is a pocket of hairs. Ackama rosifolia also has huge prominent stipules (outgrowths borne on either side of the base of a leafstalk) that are large, green and heavily veined.
The bark was used to produces a dull red or brown dye. 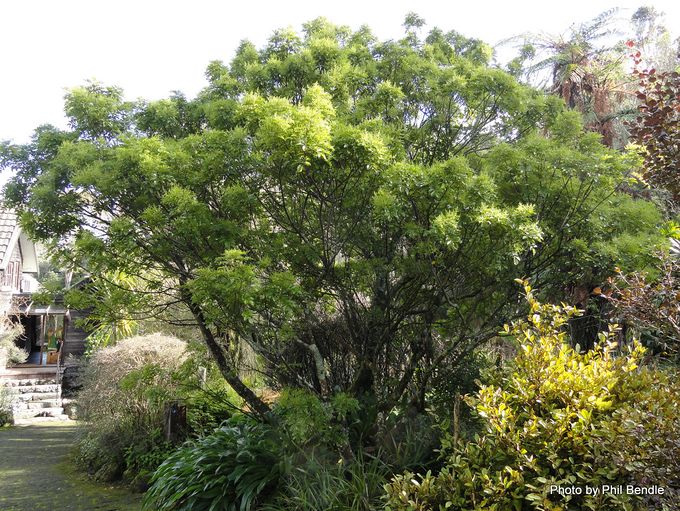 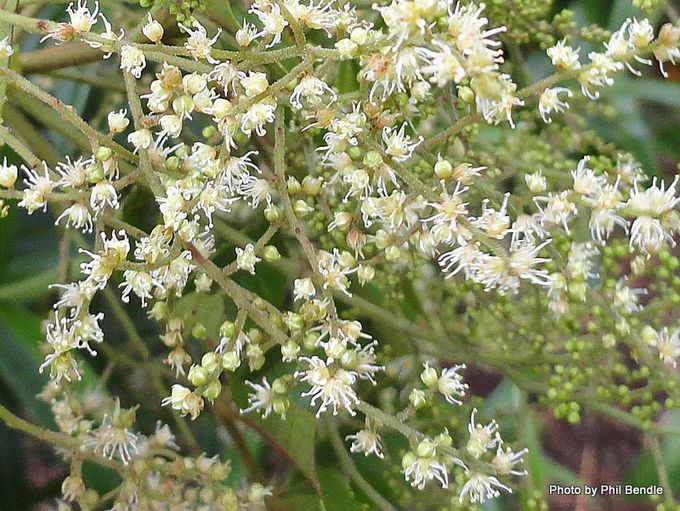 The tiny flowers with yellow nectaries (A glandlike organ, located outside or within a flower, that secretes nectar) 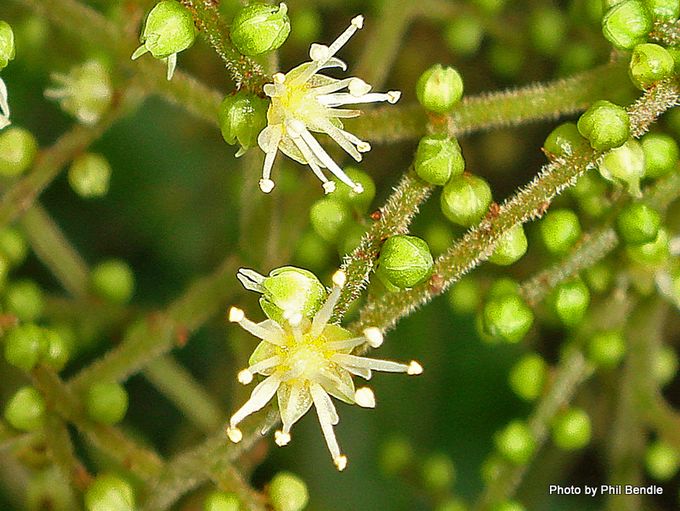 The tiny flowers with stamens standing proud. Stamens are the pollen-producing part of a flower,  with a slender filament supporting the anther. 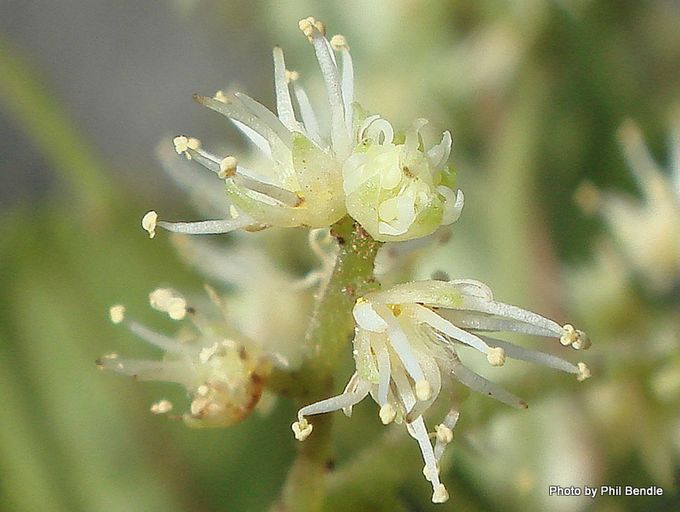 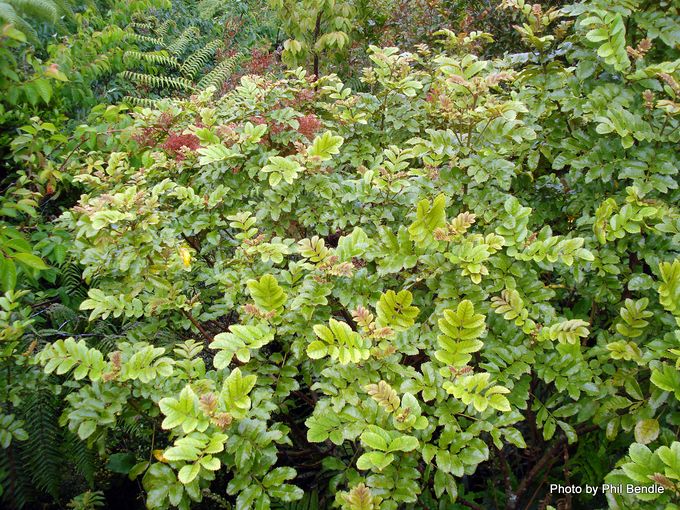 Clusters of red fruit before releasing their seeds.(December) 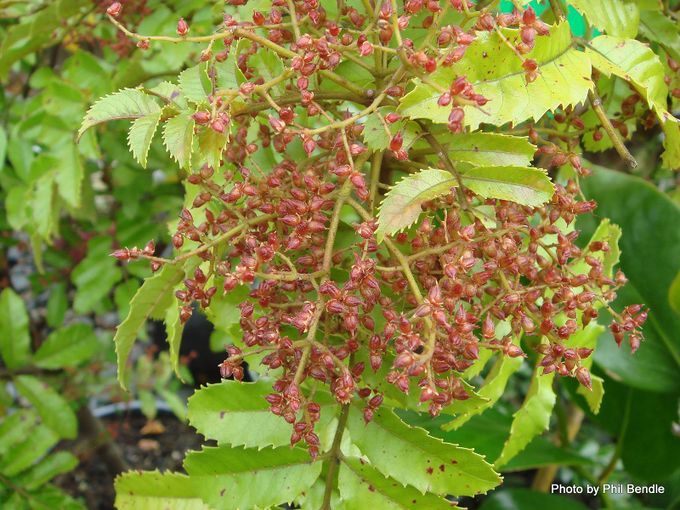 Hairy immature capsules with two persistent styles at the top.  A style is a  tube-like appendage that connects the stigma to the ovary. 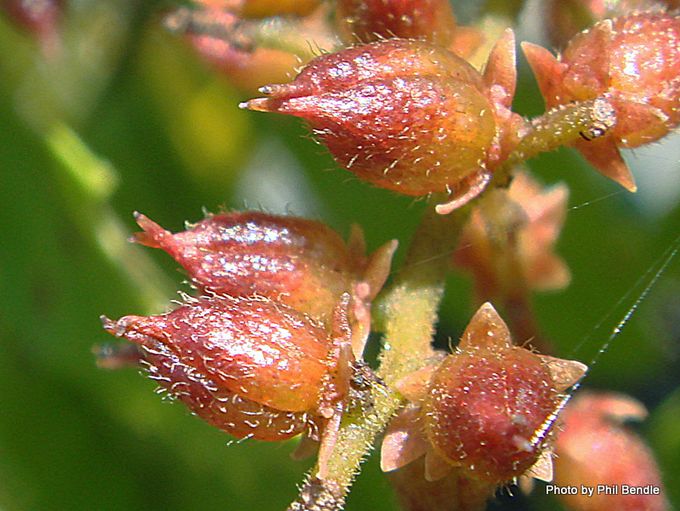 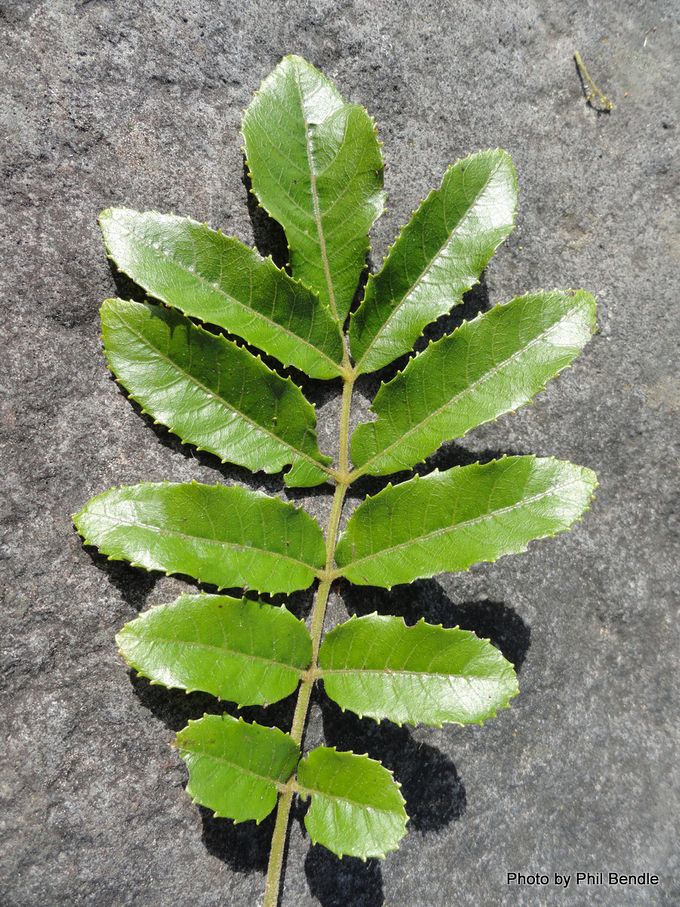 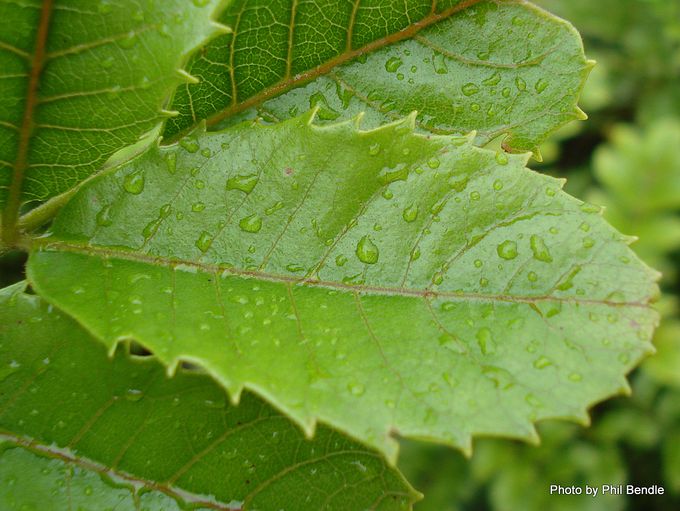 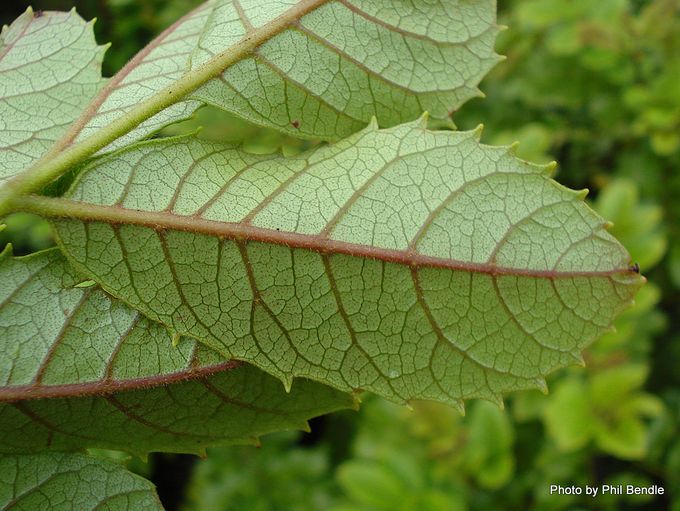 The underside of young leaves.

Domatia on underside of a leaf 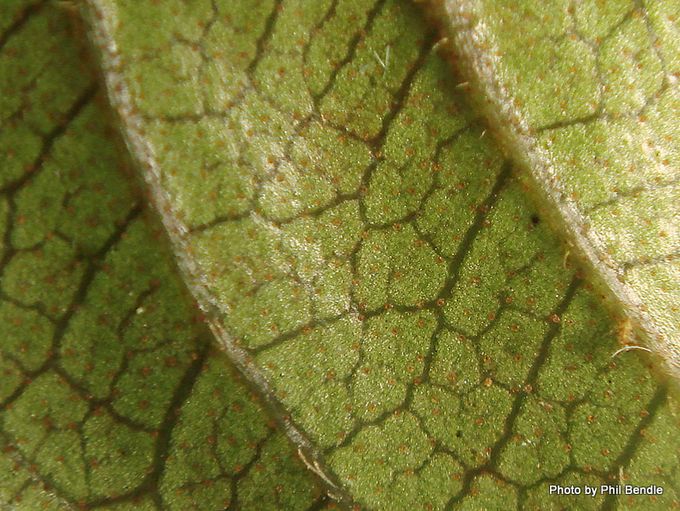 The underside of a leaf showing the short leaf stalks. 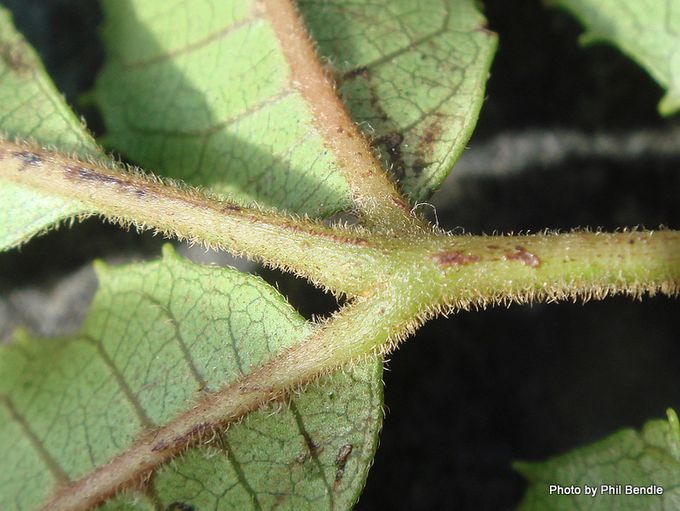 The smooth grey-brown bark on the trunk 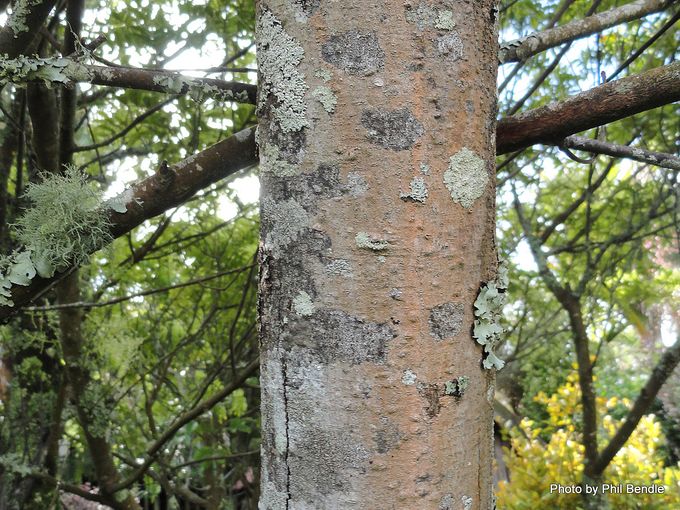