Acrothamnus colensoi is a stout spreading shrub that can form hummocks up to 2 m across. It was formerly placed in the Genus: Leucopogon.
The leaves (5-9mm long) are rigid and are pale to glaucous below and have 3 to 5 visible distinctive parallel veins (see photo below). The leaves can be reddish or bluish green.
Flowering occurs November to February on two to five flowered terminal races. All the white flowers have male and female parts but function as a male or female on separate plants. Only the female plants bear fruit (4-5mm across). They appear from January to April and can be white to pink to red or a deep crimson.
Acrothamnus colensoi is endemic to the North and South Islands from about Volcanic Plateau south. It can be found in montane to low alpine areas (600-1600masl). It grows on well-drained sites such rocky areas, tussock scrub, fellfields and grasslands.


Acrothamnus colensoi's  distinctive parallel veins on the underside of the leaves. 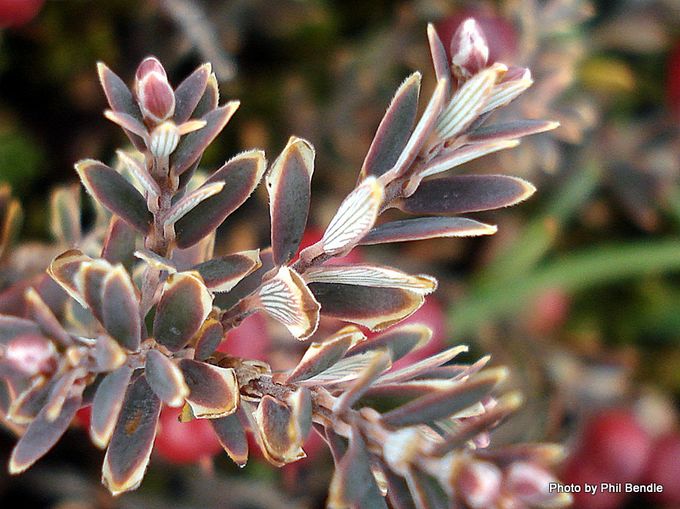 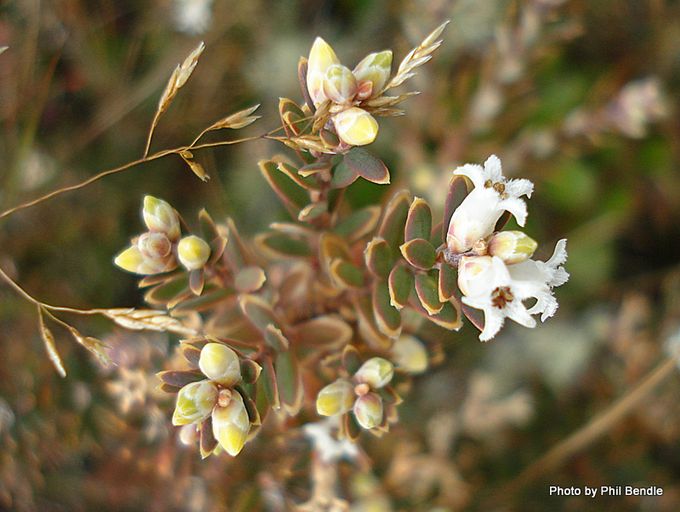 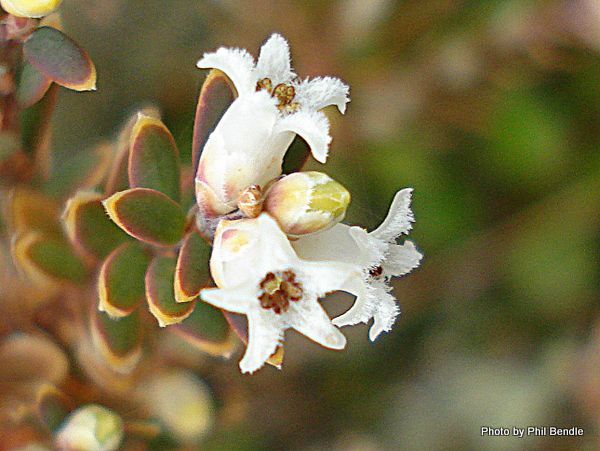 This shrub can have berries of various colours.
Check out: http://www.nzpcn.org.nz/flora_details.aspx?ID=927 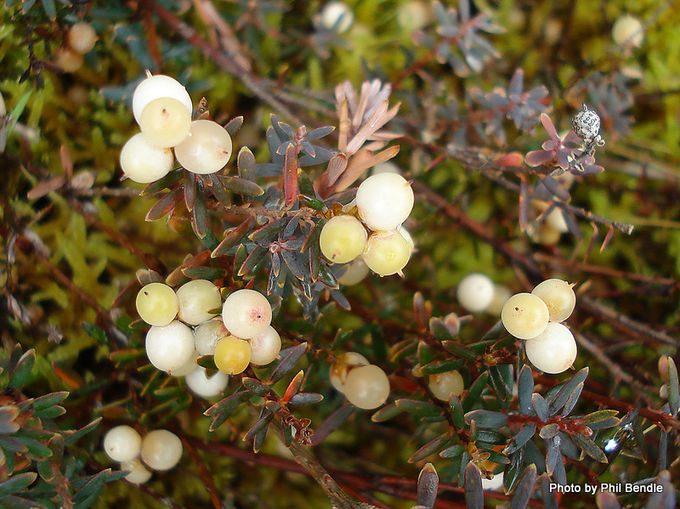 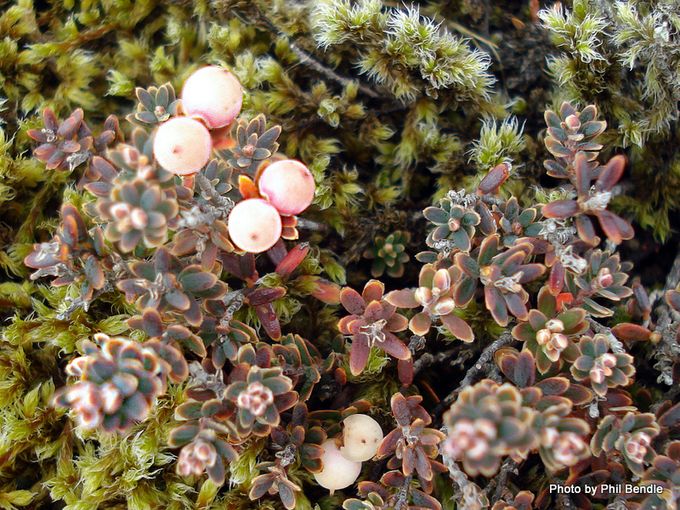 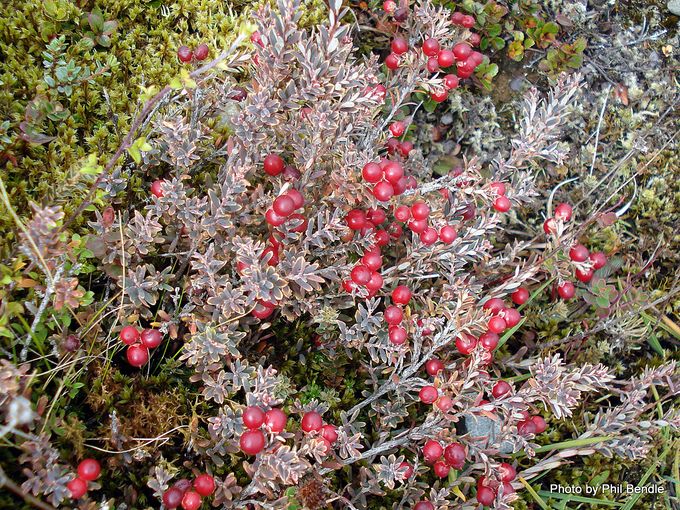 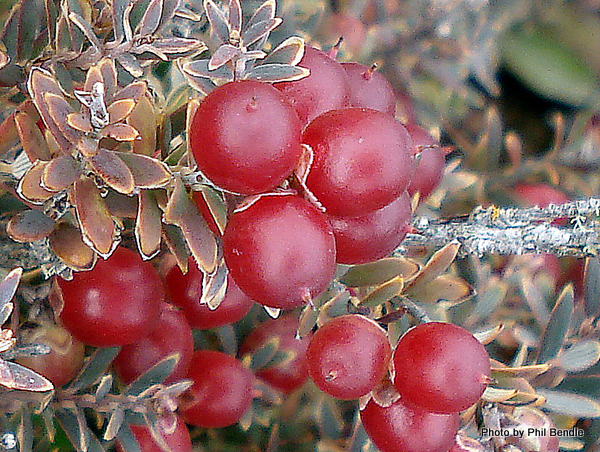