Aeonium haworthii is a dicotyledonous herb native to the Canary Islands. It is a subshrub with rough, woody stems and rosettes of thick, red-edged green leaves which are triangular or diamond- or spade-shaped. It grows to 60 cm, with panicles of cream to yellow coloured pointed flowers produced in spring. It stores water in its succulent leaves.
After introduced to New Zealand in 1988, several Aeonium haworthii hybrids now naturalised in New Zealand. These hybrids are now found growing wild on the Port Hills and Banks Peninsula, Canterbury.

Photographs below are of an Aeonium haworthii hybrid. 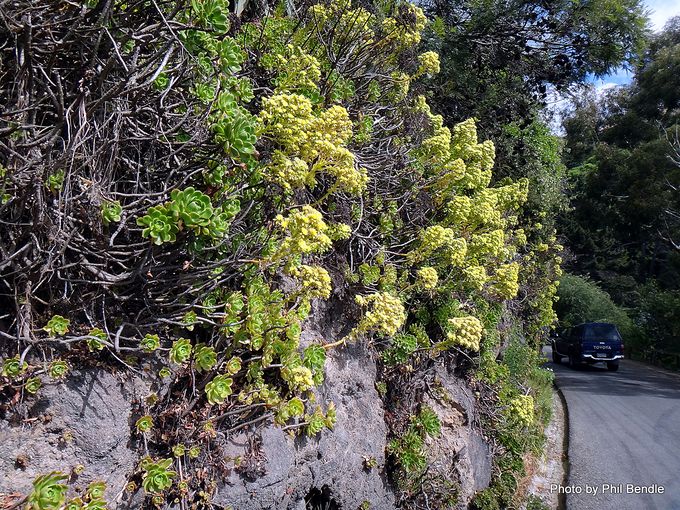 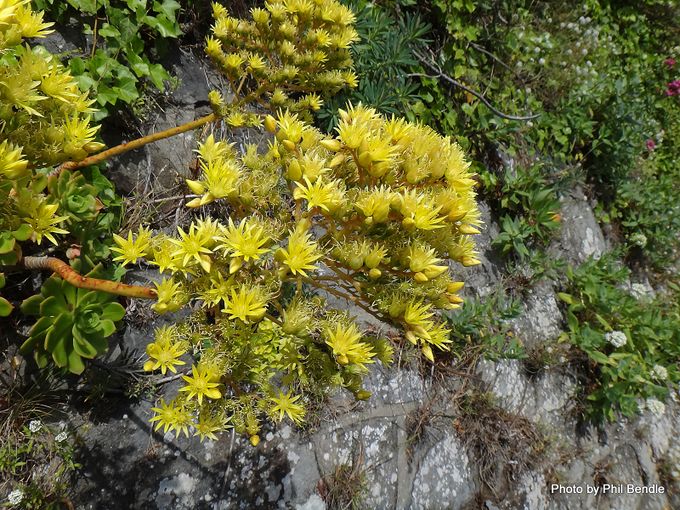 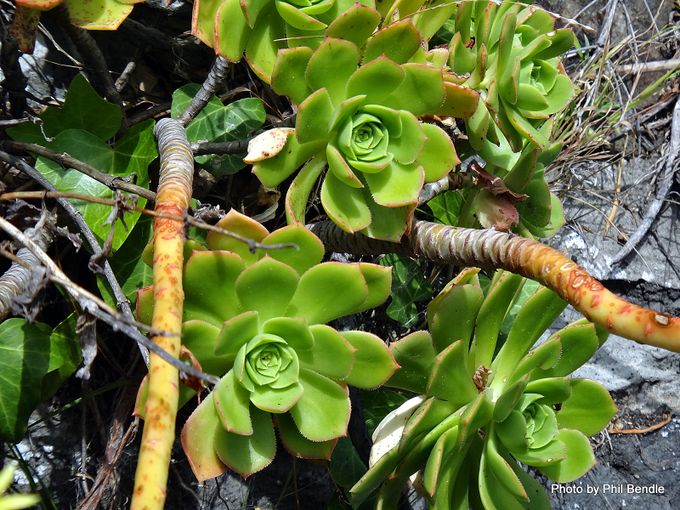