Aesculus indica is a relative of the common horse chestnut and is lower slopes of the north-west Himalaya, from Afghanistan and Pakistan to western Nepal at elevations between 900 and 3,000 metres in deciduous forest on mountain slopes and in the moist shady valleys.
It is an attractive tree growing to about 30 meters with a spread of about 12 meters and a trunk with peeling, grey-green bark. It is hardy to -15°C.
It flowers from November-December in New Zealand and the fruits ripen in spring. The fruits are smooth and spineless, and contain a wrinkled shiny seed.
It has pinkish-white flowers (sometimes with a yellow tint) appearing on upright spikes which are up to 30 cm high. Individual flowers have four petals; the upper pair’s being mainly white, with a yellow blotch at the base turning red, while the lower two petals are tinged with pink. These flowers are hermaphroditic and are pollinated by bees.
The leaves have 5–9 thin, finger-like leaflets on each leaf-stalk. The central leaflets are longer than the outer ones, and grow up to 30 cm long. Young leaves are reddish-bronze, turning glossy dark green, and finally golden in the autumn.
Its leaves are used as cattle fodder in parts of Northern India and its seeds are dried and ground into a bitter flour, called tattawakher. The bitterness is caused by saponins, which are rinsed out by thoroughly washing the flour during its preparation. The flour is often mixed with wheat flour to make chapattis and also to make a halwa (Indian sweetmeat) and sometimes is served as a dalia (a type of porridge or gruel) during fasting periods.
It is used in traditional Indian medicine, for the treatment of some skin diseases, rheumatism, as an astringent, acrid and narcotic, and in the relief of headaches. 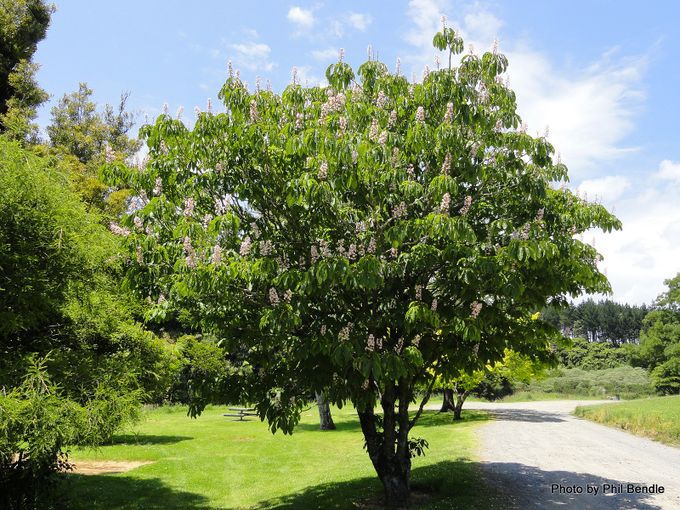 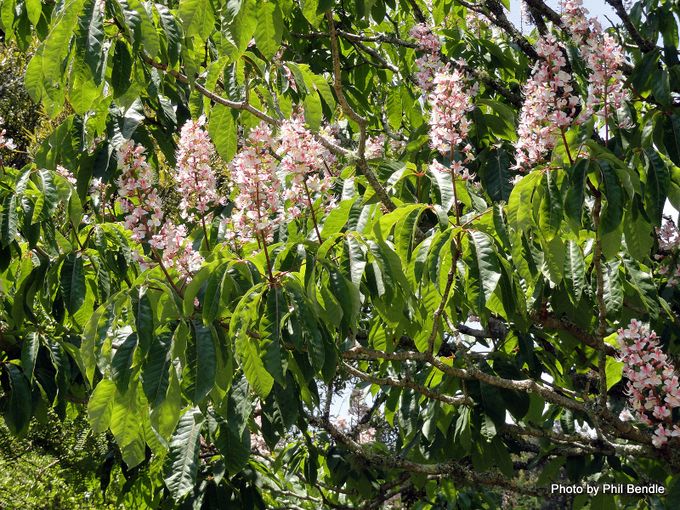 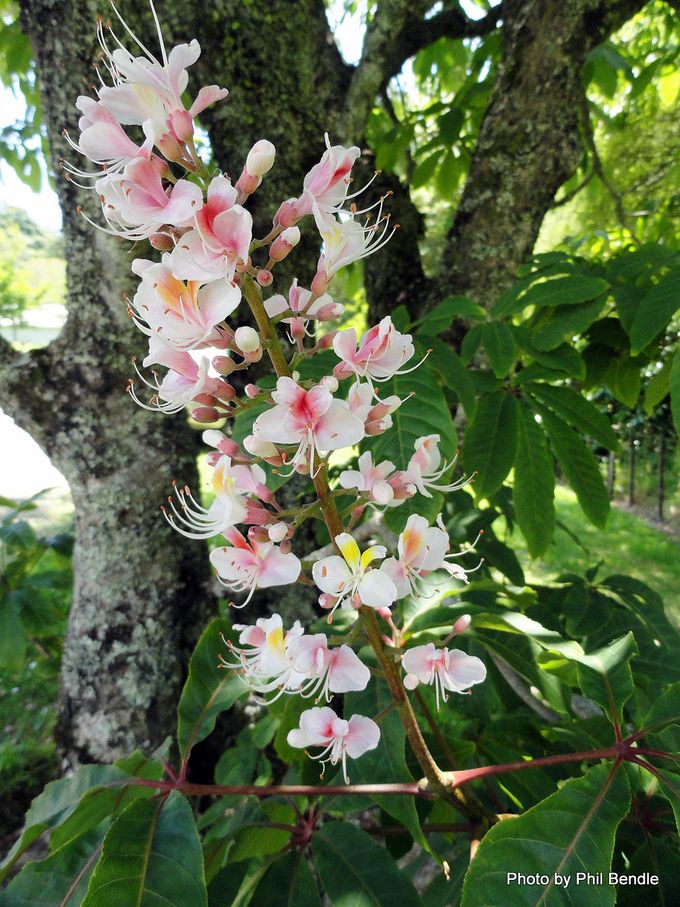 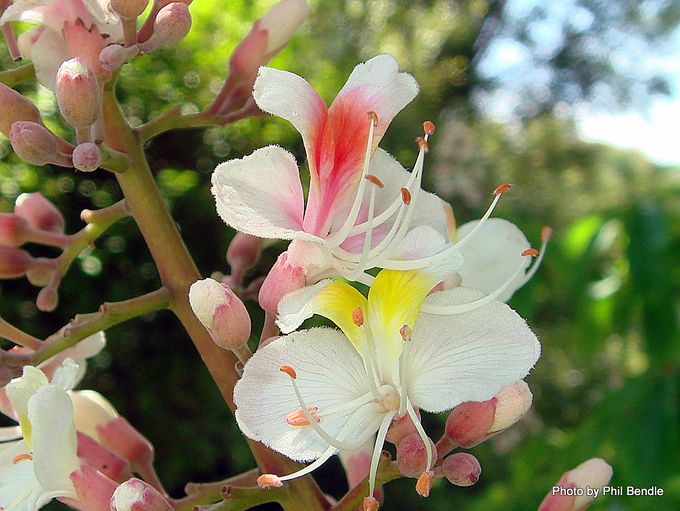 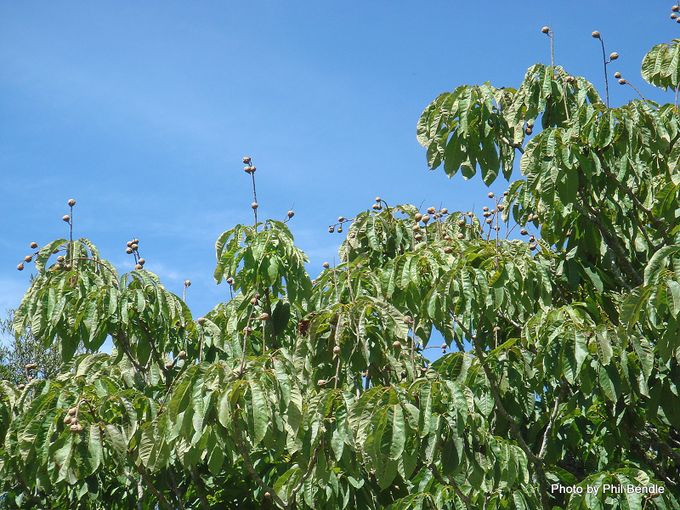 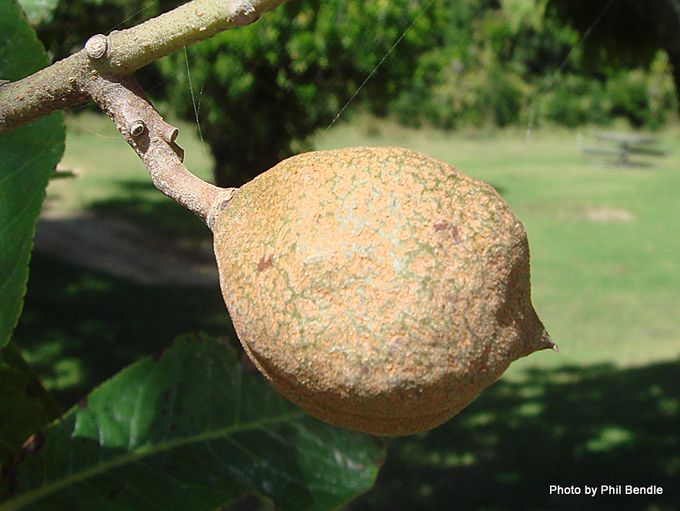 The chestnut inside the capsule,  Note just starting to germinate. Early August. 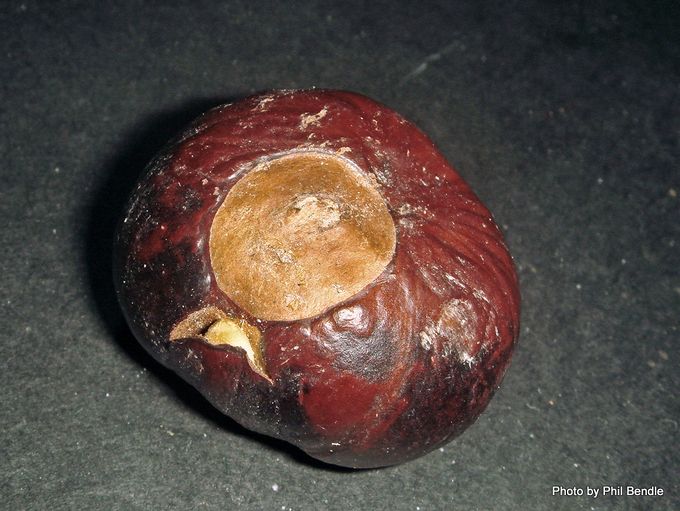 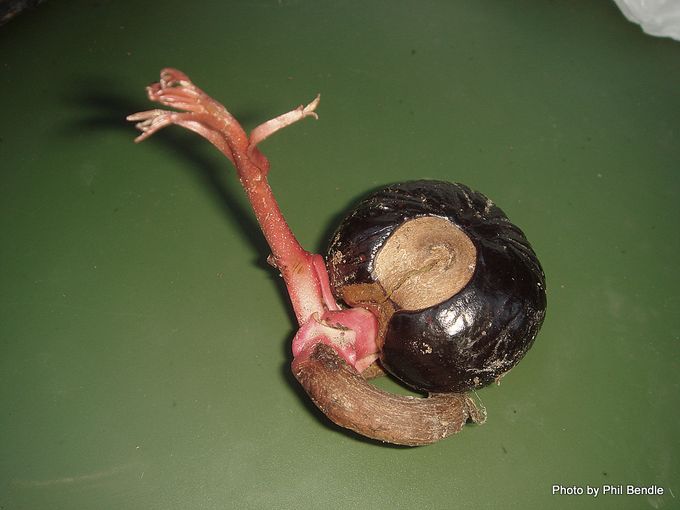 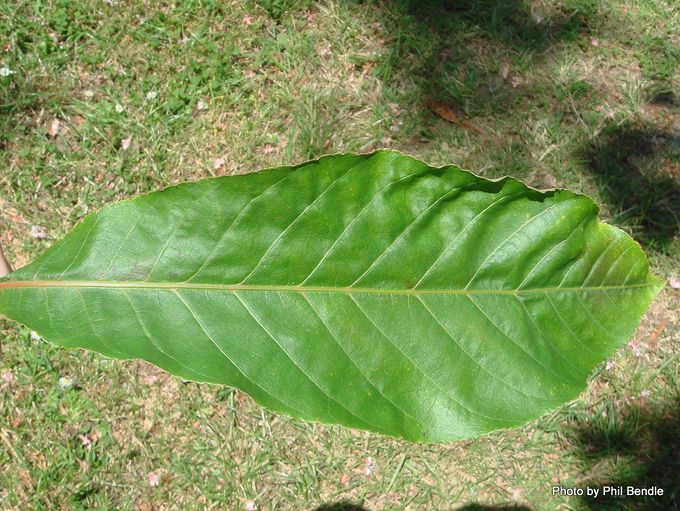 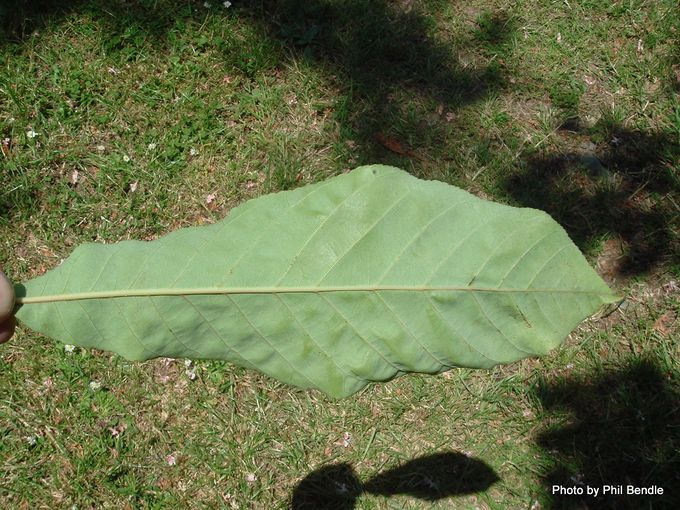