Agaricus campestris is commonly known as the field mushroom. It is a widely eaten gilled mushroom closely related to the cultivated button mushroom Agaricus bisporus. Agaricus campestris is common in fields and grassy areas after rain from late summer onwards worldwide. It is often found on lawns in suburban areas. They can appear in small groups, in fairy rings or just solitary. The cap is white, may have fine scales, and is 5 to 10 centimetres in diameter; it is first hemispherical in shape before flattening out with maturity. The gills are initially pink, then red-brown and finally a dark brown, as is the spore print. The 3 to 10 centimetres tall stipe is predominately white and bears a single thin ring.
It is widely collected and eaten. This mushroom is not commercially cultivated on account of its fast maturing and short shelf-life. 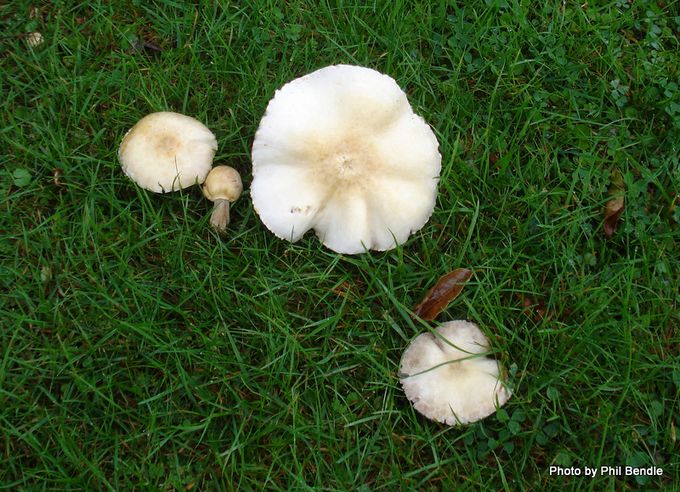 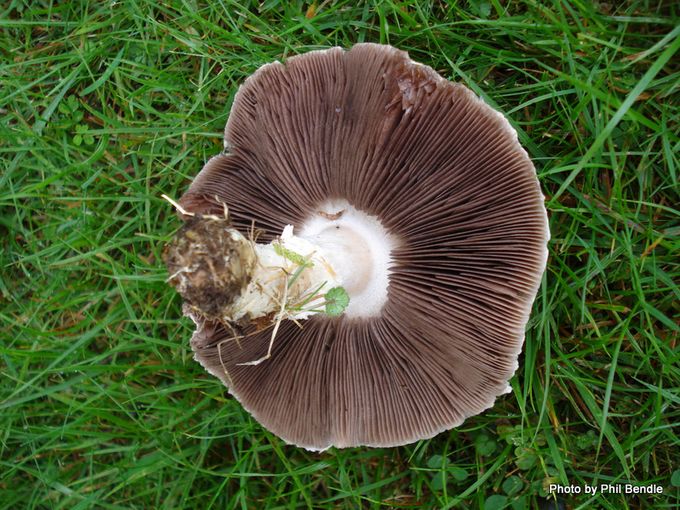