Kauri is among the world's mightiest trees, growing to more than 50 metres tall, with trunk girths of up to 16 metres. They covered much of the top half of the North Island when the first people arrived around 1000 years ago. So great was the demand for the timber and the gum products of Agathis australis that one author reported that between 1871 and 1882 some 47,407 imperial tons of recent and fossilised gum was removed from the soil, and further stated, that it had been estimated that it would take the forest growth of 10,000 years to replace it. The great Kauri forests of old were decimated almost to the point of extinction. They are now protected.

The following has been condensed from the US Dispensatory, 1926. Kauri Gum is amber like substance, varying from a soft cream-white to an amber colour, dug in large quantities from the soil of Australia and New Zealand. It is a resinous exudation from the Kauri Spruce, Agathis australis Salisb. (Dammaris australis Lamb.), of the Fam. Coniferae, but, as it first exudes, and is found on the surface of the ground, it is not esteemed. The useful resin is a fossil deposit, found especially in New Zealand swamps, at depths of from 2 to14 feet. The production of kauri is largely carried on under governmental supervision. The resin appears in pieces ranging in size from that of a hen's egg to a man's head, of a pale greenish- yellow colour and with a balsamic odour. Past Uses Ship masts, spars, building, railway carriages, road paving, furniture, decoration, boat building. Gum for paint and varnishes.
Use by the Maori for canoes from single logs. Heating and lighting from burning gum which was also chewed.

Kauri in the Te Henui Cemetery 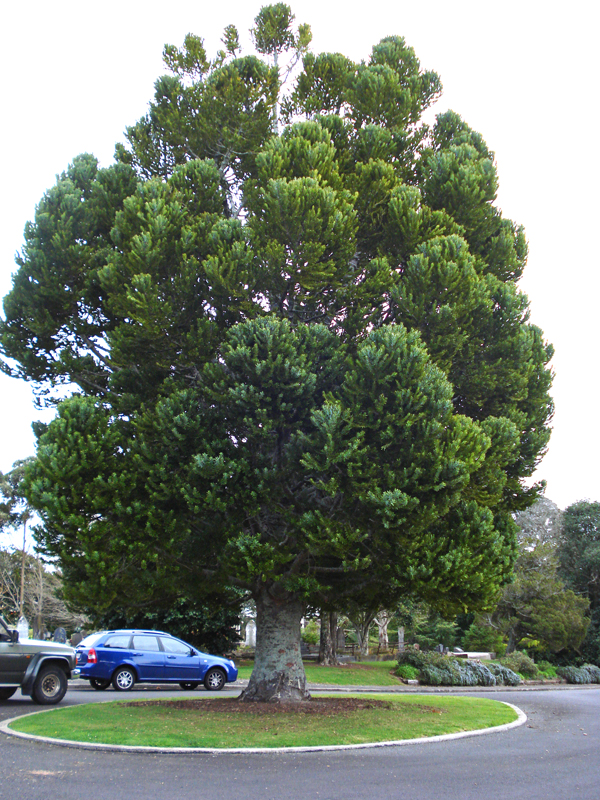 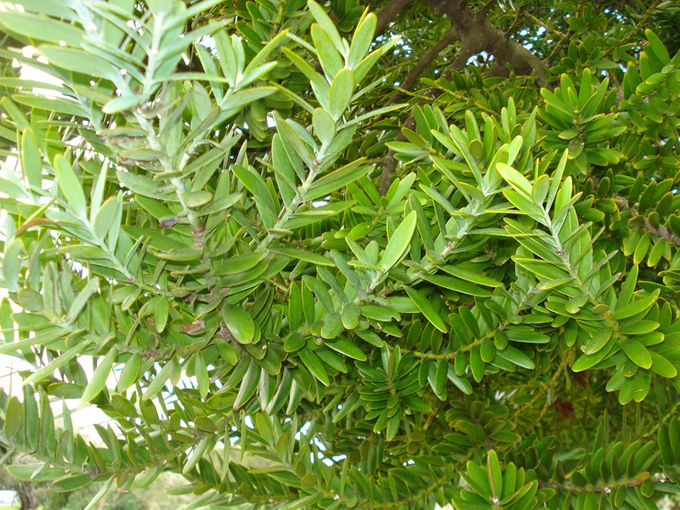 A female Kauri still green seed cone. The other shell of this cone on maturity breaks away releasing the winged seeds leaving only a small peg-like axis.  Seed and pollen cones are on the same tree. The pollen cones are finger-like and are brown  (2-4cm long. 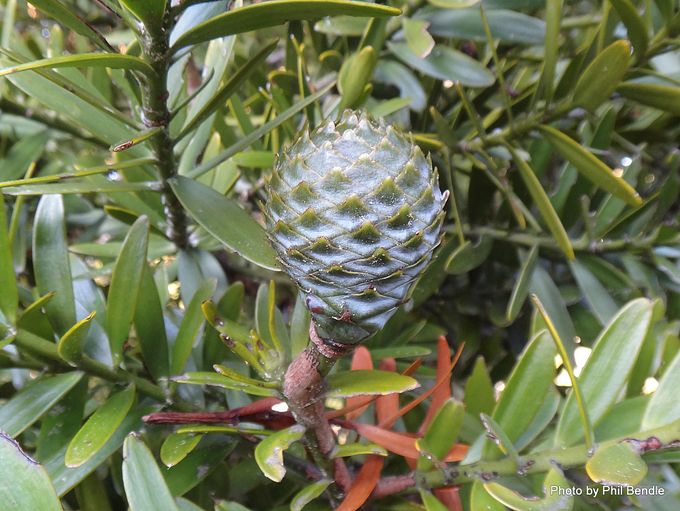 A trunk of a 40 year plus Kauri tree. Photographed at Pukekura Park, New Plymouth 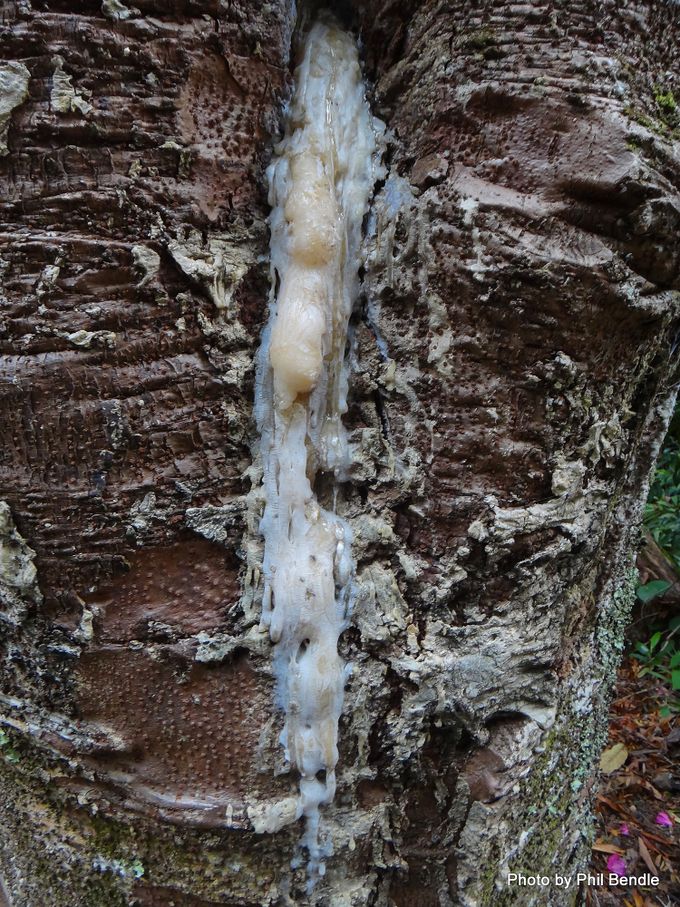