Agathis robusta is a coniferous tree in the family Araucariaceae, native to eastern Queensland, Australia. It is found in two disjunct areas, one in S Queensland between Tewantin and Maryborough (mainland) and on Fraser Island [latitude 25°-26.5° S]; the other in N Queensland between the Herbert River and Big Tableland near Cooktown [latitude 15.5°-18.5° S].
It is a large evergreen tree growing straight and tall to a height of 30-50 m, with smooth, scaly bark. The leaves are 5-12 cm long and 2-5 cm broad, tough and leathery in texture, with no midrib; they are arranged in opposite pairs (rarely whorls of three) on the stem. The seed cones are globose, 8-13 cm diameter, and mature in 18-20 months after pollination; they disintegrate at maturity to release the seeds. The male (pollen) cones are cylindrical, 5-10 cm long and 1-1.5 cm thick.
A. robusta was heavily logged in the past, and spectacular trees of prodigious size are much rarer than in pre-European times; despite this, the species as a whole is not endangered. 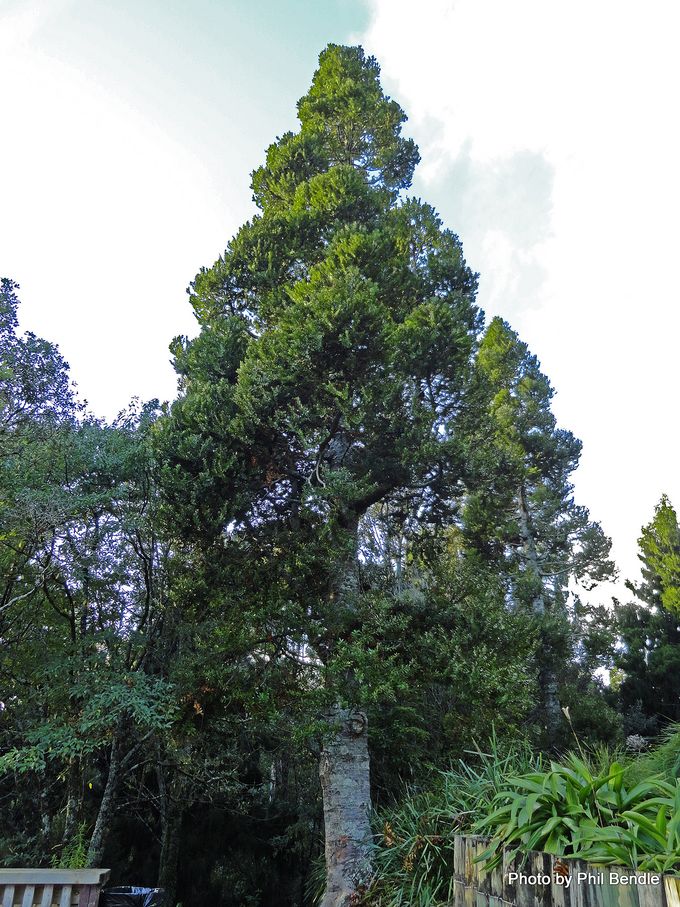 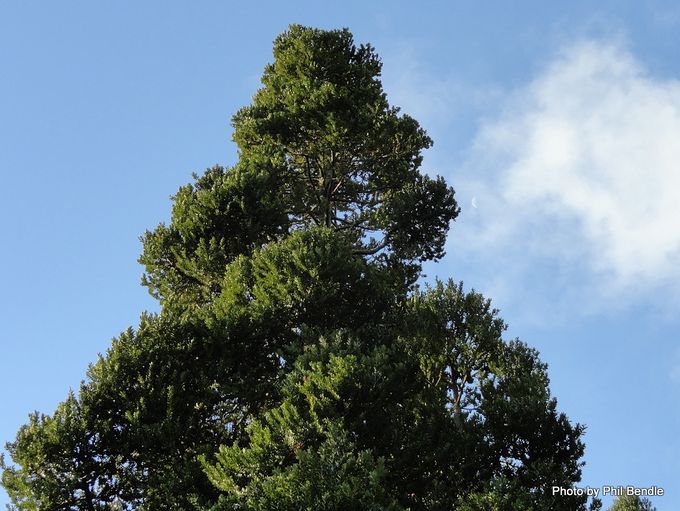 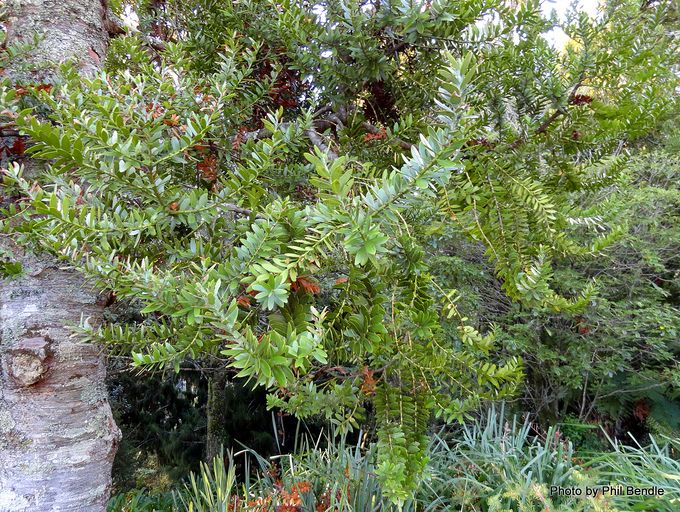 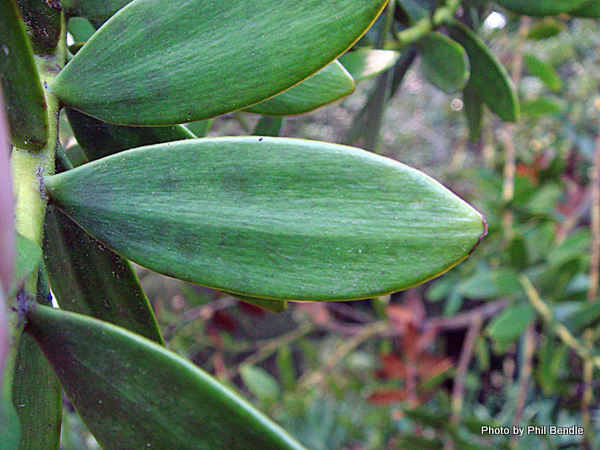 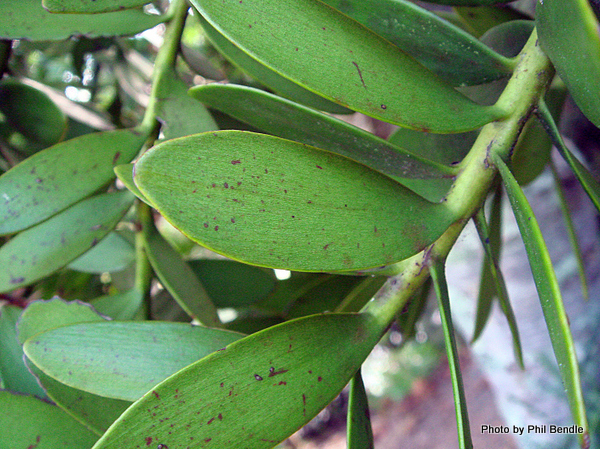 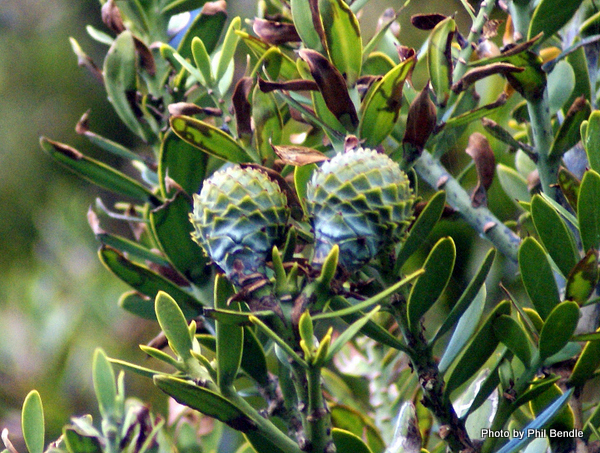 Trunk with smooth bark.  The rough growth on it is lichen. 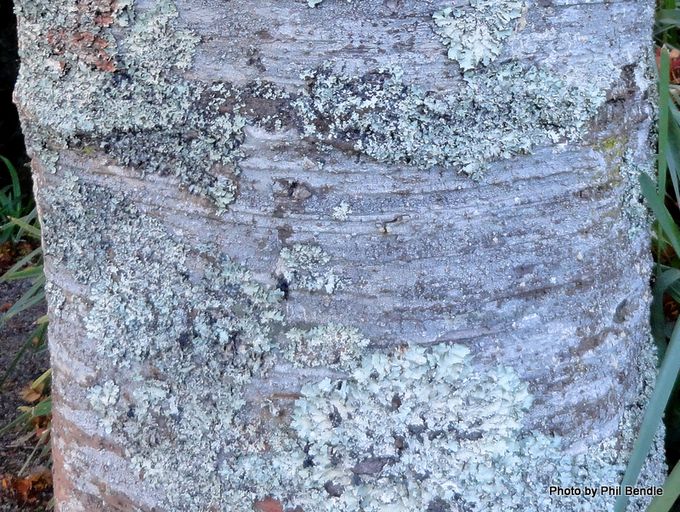 Like the NZ Kauri (A. australis) resin leaks out through fractures or cracks in the bark, hardening with the exposure to air 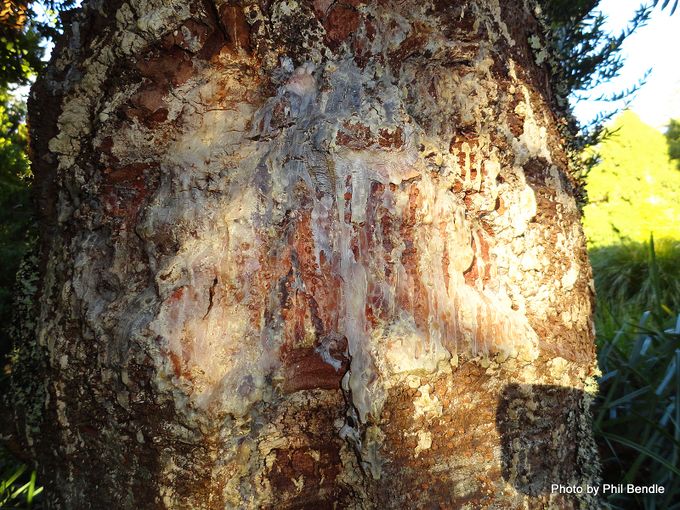