Agave americana is an agave originally from Mexico but cultivated worldwide as an ornamental plant. It has since naturalised in many regions and grows wild in Europe, South Africa, India, Australia and New Zealand. It tolerates salt and very dry conditions. The misnamed "century plant" typically lives only 10 to sometimes 30 years.

Agave Americana is a very large perennial plant with rosette growth form about 4 m wide. The leaves dull green, although a variegated form is also present. These leaves are up to 2 m long triangular in cross-section. The leaves are leathery, glaucous and have coarse teeth on the margins and a heavy spike at the tip that can pierce to the bone.

The rosettes last for 10-30 years. When it flowers in February-March a large woody spike with a cyme of big yellow flowers grows and may reach up to 10 m in height. Black seeds are produced in 5 cm long capsules on the flowering spike.
Its common name derives from its semelparous (characterized by a single reproductive episode before death) nature of flowering only once at the end of its long life. The plant dies after flowering but produces suckers or adventitious shoots from a very dense network of rhizomes which continue its growth. It also is spread by seed dispersal by gravity and humans.
Agave americana is listed in the New Zealand National Pest Plant Accord as a pest of medium priority. Self-sustaining populations of A. americana exist in localised areas In the North Island, mostly on the coast. There are only a few scattered localities in the South Island. The NPPA advisory group considers A. americana to be mildly invasive. Reproduction of A. americana in New Zealand appears to primarily occur via rhizomes. This plant is a problem as the spiked arms can injure beach visitors and animals and can result in poisoning. It also inhibits the growth of other species as it can smother small plants, especially in coastal and cliff areas. It can replace vulnerable dune species and will cause rearrangement of mobile sands and alter the nutrient status of the soil. 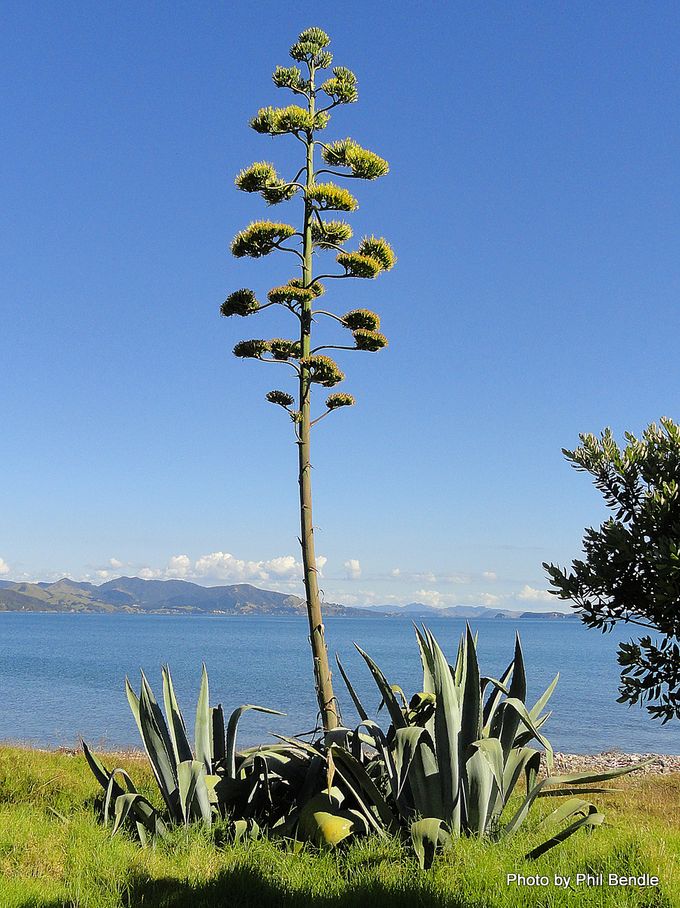 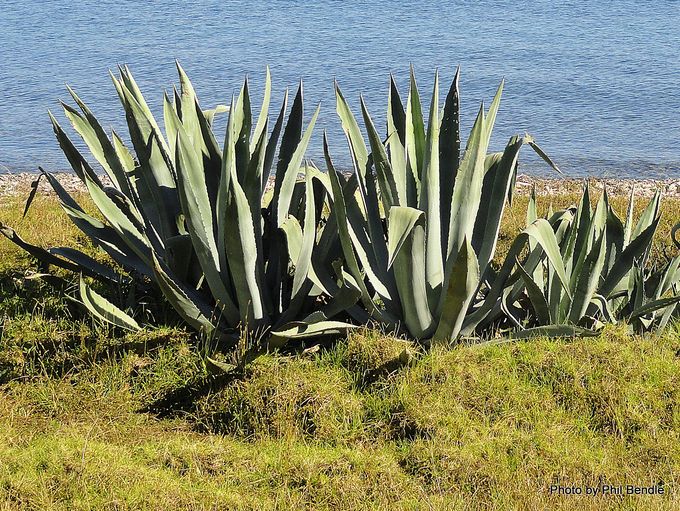 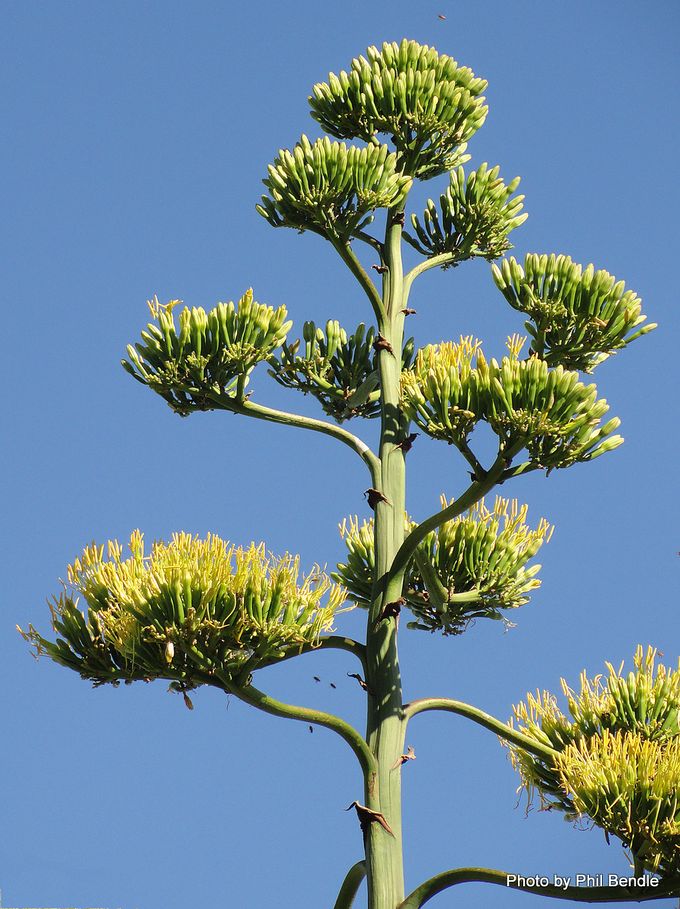 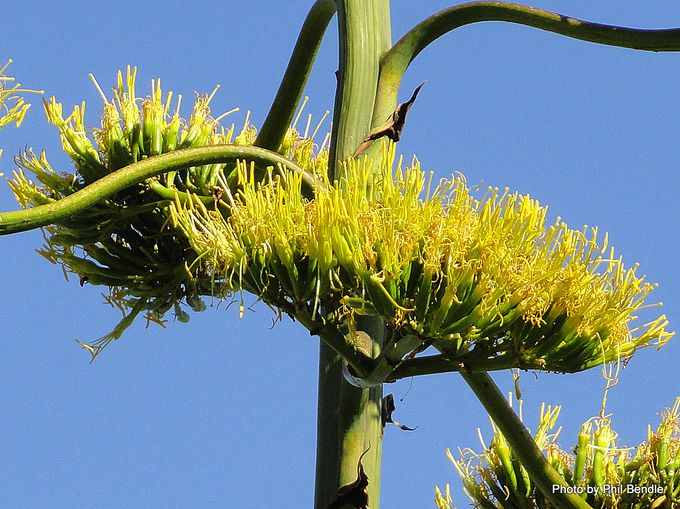