Ageratina adenophora is an erect, many-stemmed herb to subshrub growing up to 1-2 m. Stems often die back in winter. They are densely covered in stalked sticky hairs and are usually purple, become woody with age. The branches are in opposite pairs. The drooping stems can take root where they touch the ground.
The leaves are diamond-shaped (4-15 cm long and 3-9 cm wide) with irregularly round-toothed edges and are in opposite pairs along the stems. They are borne on 1-6 cm long (petioles.
From August to January dense clusters of small, white flowers (5-7 mm diameter) are produced, followed by 5-angled black seeds (1.8 mm long). Seeds are spread by wind, water, animals, vehicles and by contaminated agricultural produce.
Ageratina adenophora is toxic to livestock. Ongoing consumption of it by horses leads to chronic lung disease, known as Numinbah Horse Sickness or Tallebudgera Horse Disease. Outbreaks have occurred in Hawaii in eastern Australia and Northland in New Zealand. There are reports of farms losing all their horses to the condition. It is typified by an impaired ability to work or exercise and emphysema. Pathological findings include pulmonary interstitial fibrosis and alveolar epithelisation. 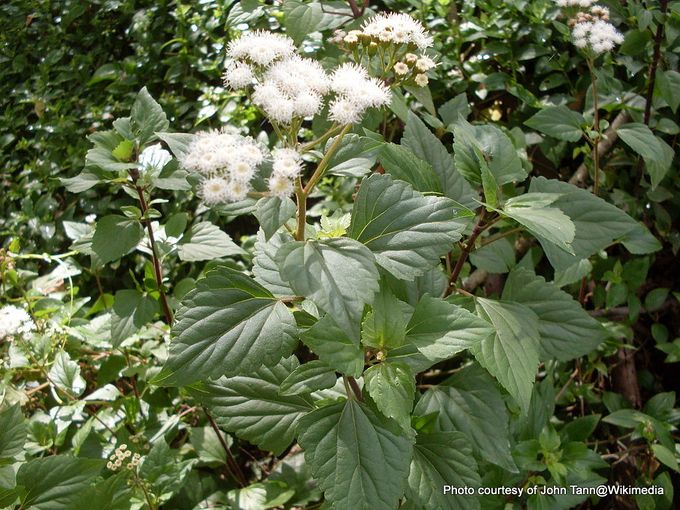 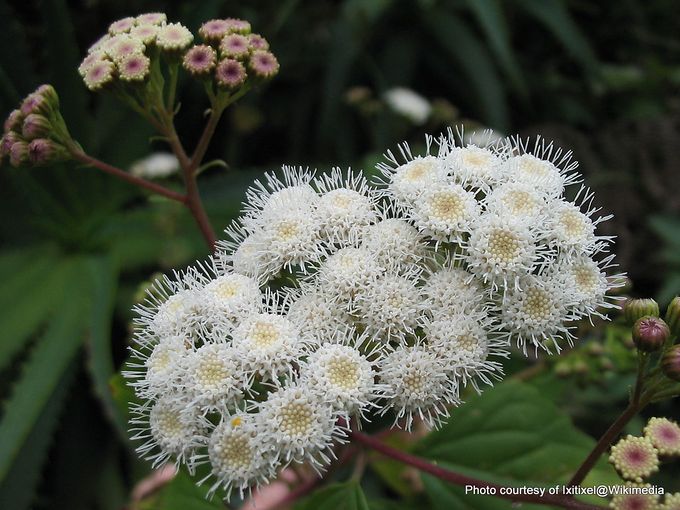 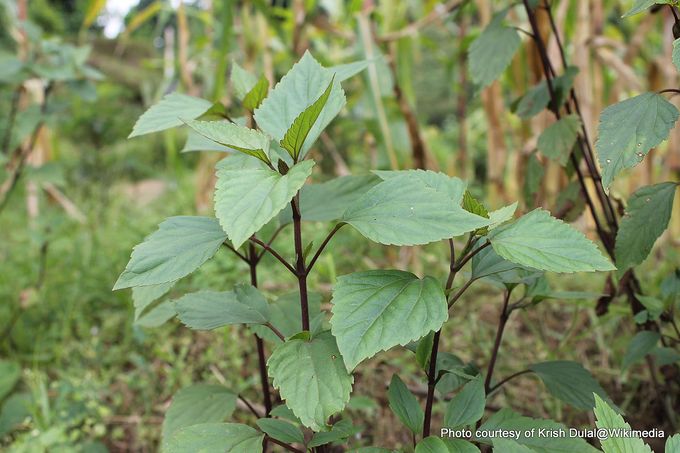