Ageratina riparia is native to Mexico, Cuba and Jamaica. It is a low growing, sprawling perennial herb that grows up to 40x60 cm high. The serrated leaves on average reach 7.5 cm long and 2.5 cm wide and taper at each end.
The flowers are white with dense corymbs 4 to 6 mm wide at the ends of the branches. The bracts around heads are hairy. It flowers mainly during winter and spring. The seeds are black, slender, angular, 2 mm long, with fine white hairs at the tip. They are mostly dispersed by wind, water and in mud sticking to clothing, machinery and animals etc. Existing plants spread vegetatively by producing roots where the stems touch the ground.

Ageratina riparia was introduced to New Zealand as an ornamental plant and now is considered an invasive species in several regions of New Zealand. Where it has escaped it has smothered native plant communities. It is a major weed of stream banks, causing sediment build up, flooding and instability of steep gullies and streams.
Ageratina riparia grows in a wide range of habitats, preferring warm, wet, semi-shaded areas.
Mistflower is maybe poisonous for mammals to eat and it has been reported to have caused lung lesions in horses. 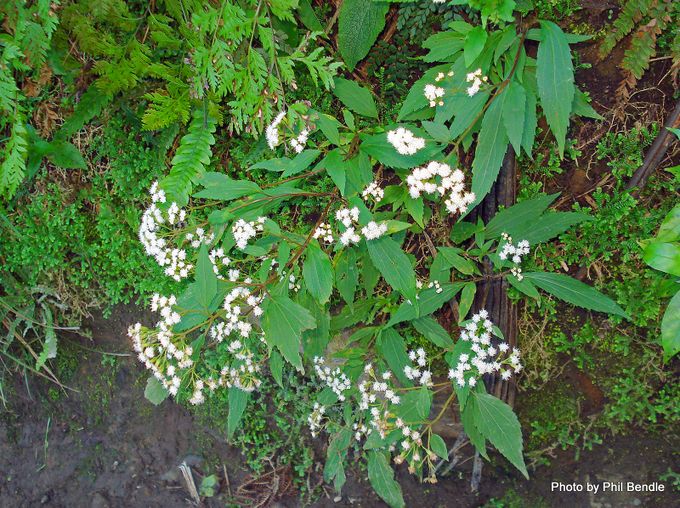 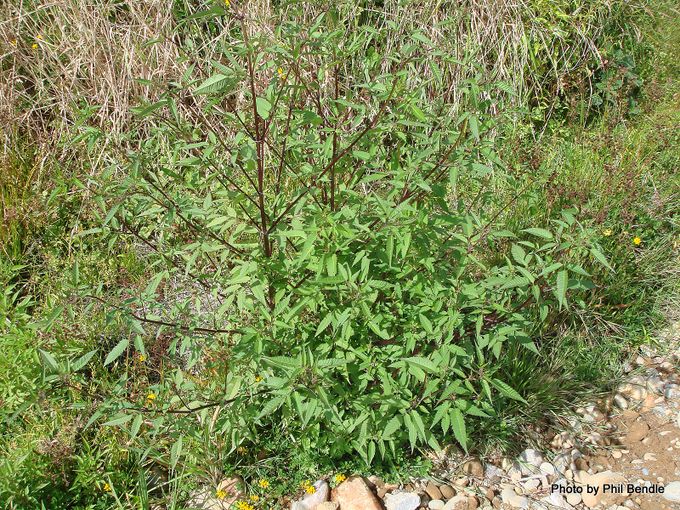 Ageratina riparia starting to smother a bank of ferns. 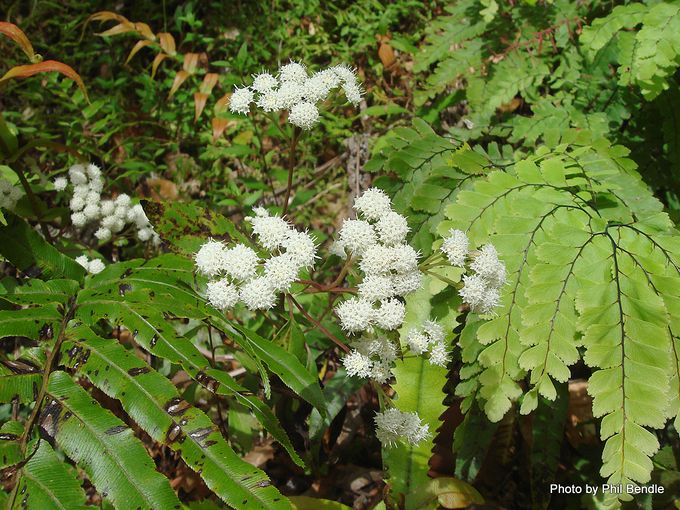 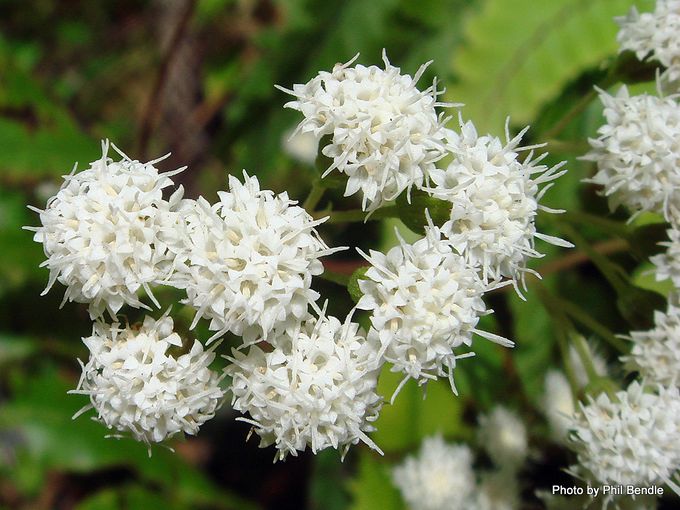 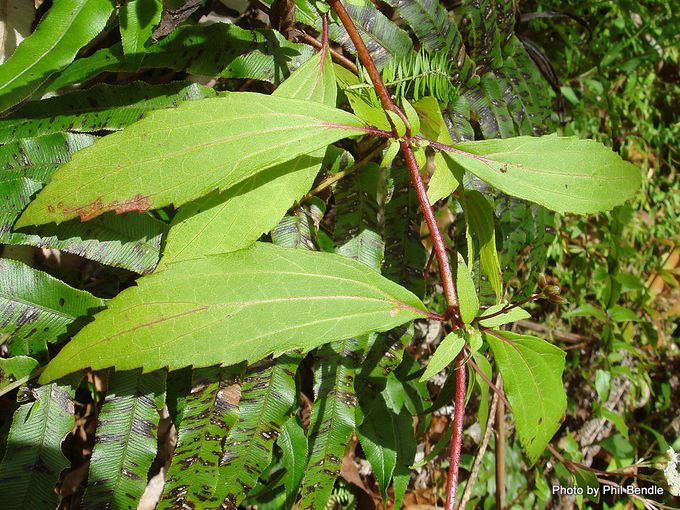 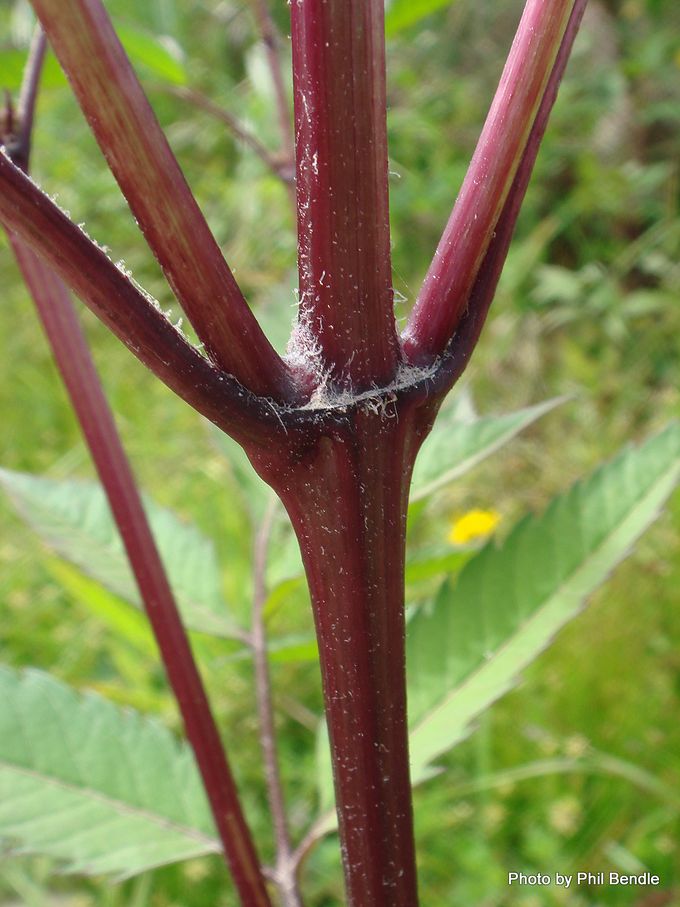 Upper surface of the leaf 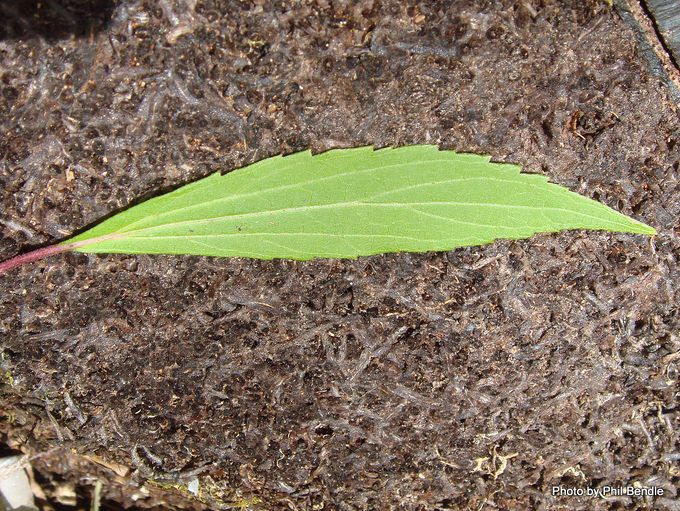 Underneath surface of a leaf 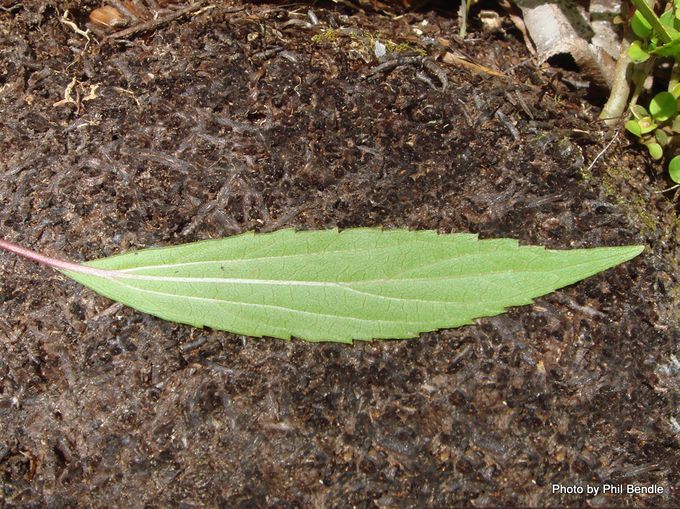