Agrius convolvuli is a large species of a nocturnal hawk-moth with a wingspan of over 10 cm and body length of 42 mm. It is common throughout Europe, Asia, Africa, occasionally in Australia and New Zealand where it can be very localised and not often seen. It endemic to the North Island, and northern South Island.
The wingspan is 80–130 mm. It is sexually dimorphic; female often considerably larger than male. Its basic colouration is in greyish tones, but the abdomen has a broad grey dorsal stripe and pink and black bands edged with white on the sides. The hindwings are light grey with darker broad cross lines.
The adult moths only come out at dusk and they sip nectar while on the wing with their long, tubular mouthparts, like hummingbirds. They have been seen feeding on flax flowers. This moth is very attracted to light
.
Its larvae are large, distinctive caterpillars with a horn. They can be found in a range different colours forms from brown, black or a bright green. They eat the leaves of the Convolvulus and Kumara.  Other recorded food plants include a wide range of plants in the Araceae, Leguminosae, Nicotiana and Malvaceae families. The adult moth has a very long proboscis (longer than its body) that enables it to feed on long trumpet-like flowers.
The moth’s pupa easily recognised by having a free proboscis that is nearly half the length of its body. 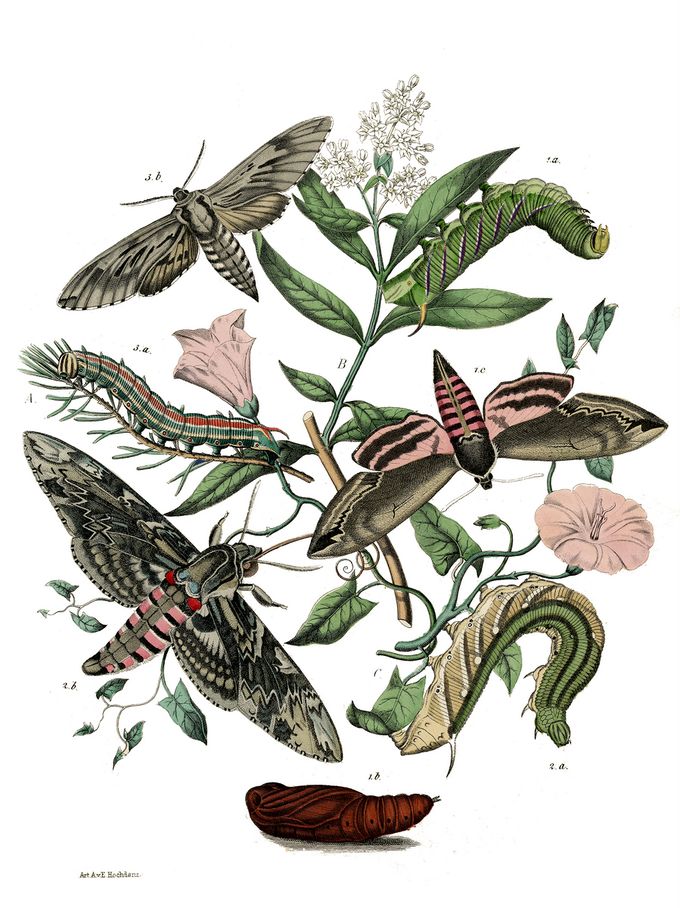 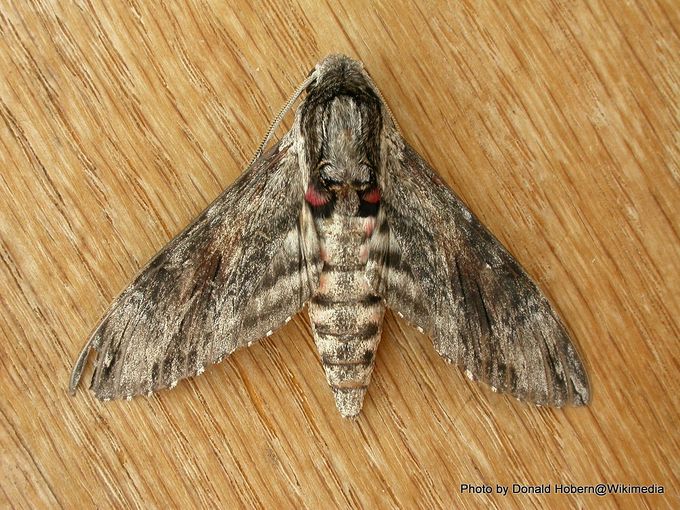 Below are some of the caterpillar colour forms. 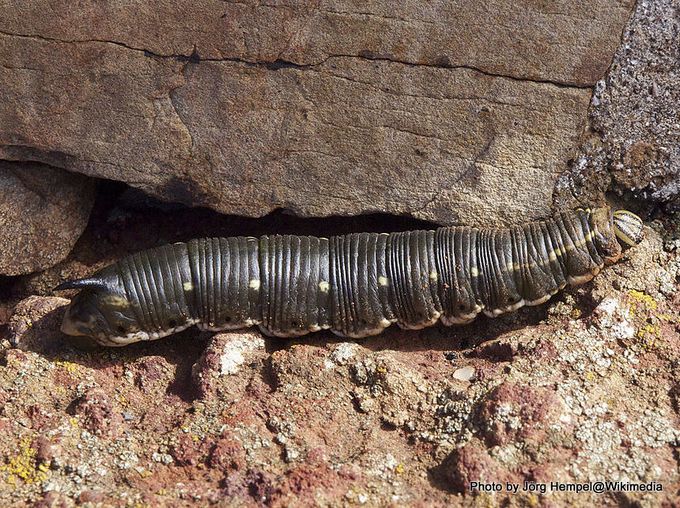 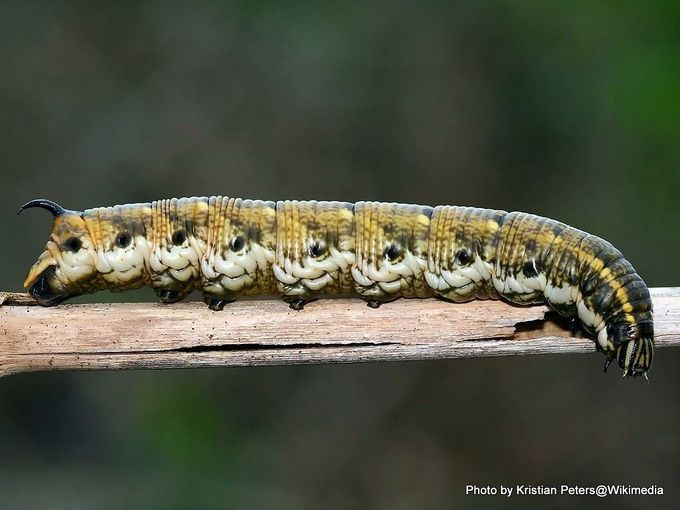 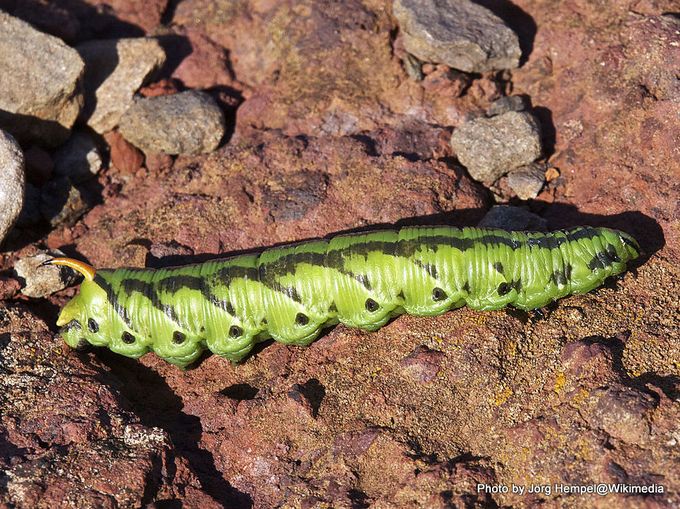