Agrotis ipsilon is a small noctuid moth found worldwide. The moth has pale brown forewings with dark brown and black markings and translucent hindwings, greyish white with brown venation. It has a wingspan of 4-5 cm. The hindwings have a thin dark line along the margins of the hindwings.
The moth gets its specific name from black markings on the forewings shaped like a Y and resembling the Greek letter 'ipsilon'.
Agrotis ipsilon is found in many regions of the world and its larva is a serious agricultural pest and feeds on nearly all varieties of vegetables and many important grains. The caterpillar of Agrotis ipsilon is smooth and ranges from purplish to brown in colour and is patterned with grey lines and spots.
The adults feed on nectar from flowers. Among crop plants, the larvae favour most vegetable plants, alfalfa, clover, corn, strawberry, maize, sunflower, tomatoes and potato. Each larva can consume over 400 square centimetres of foliage during its development. They feed above ground until about the fourth instar. After that, they do considerable damage to crops by severing young plants at ground level. Damage to the underground parts of plants can also be harmful. 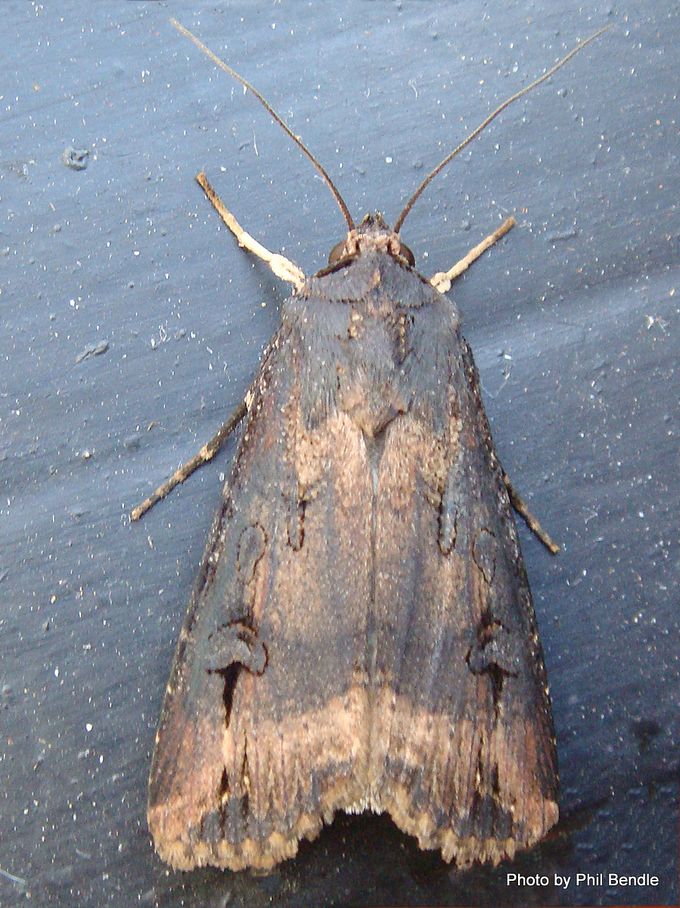 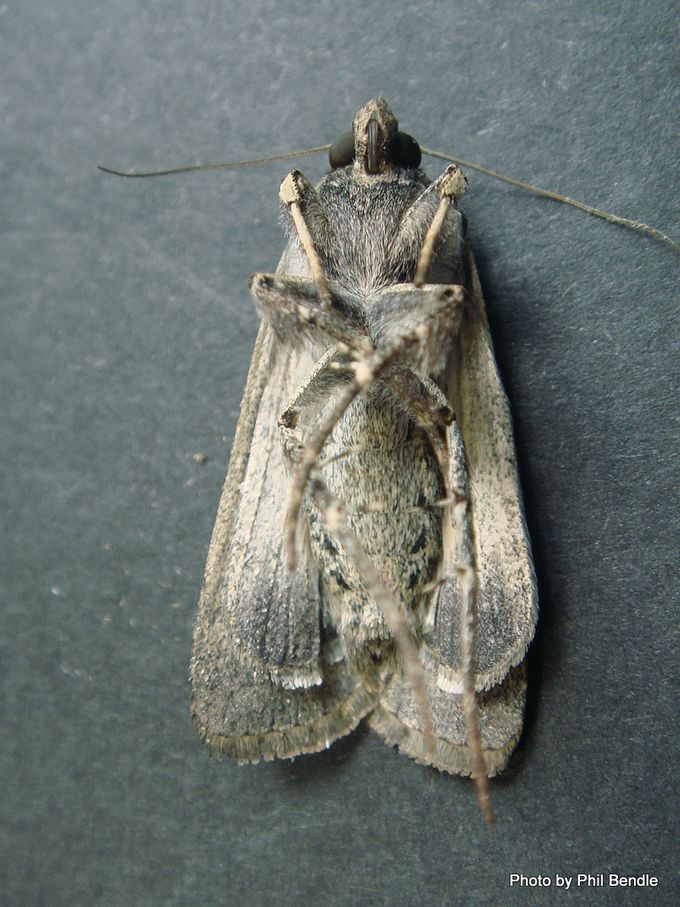 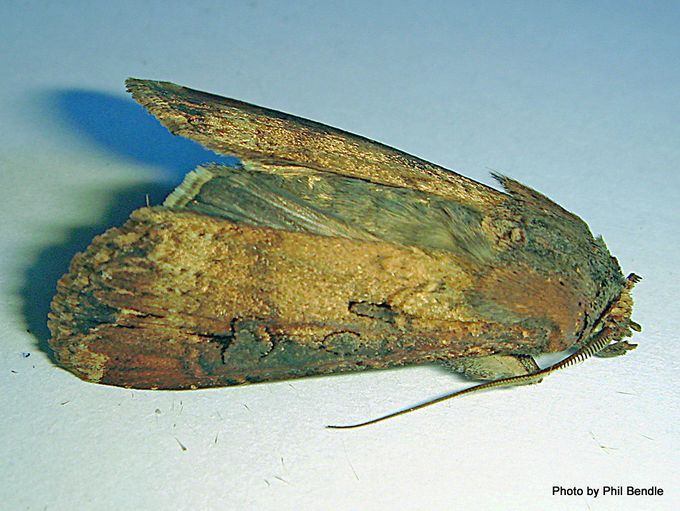 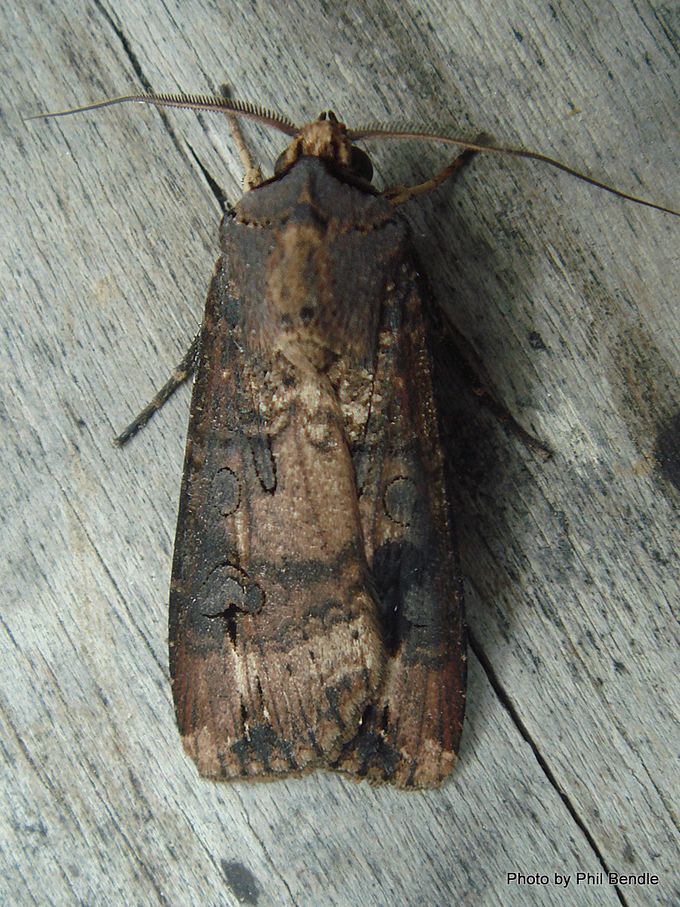 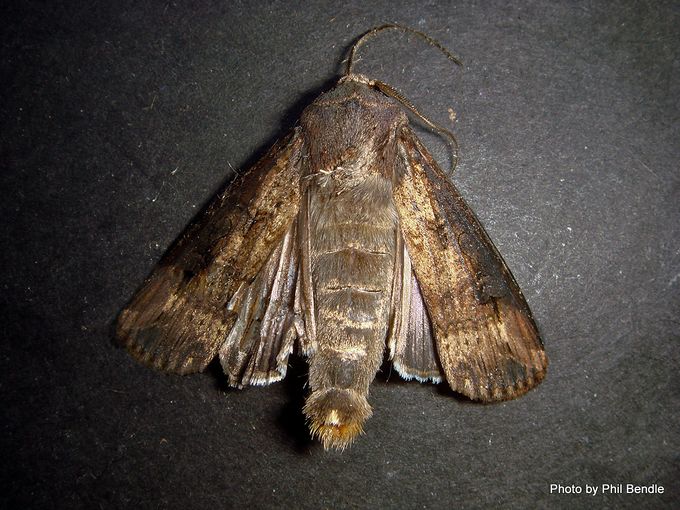 The moth below has not got its wings folded in the usual position. 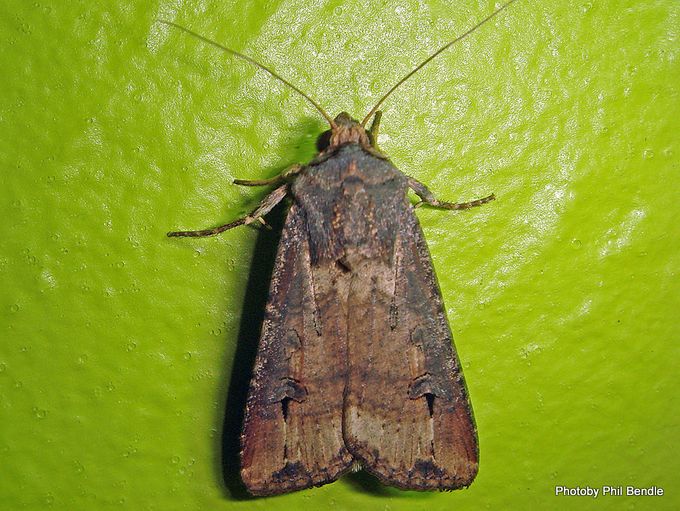 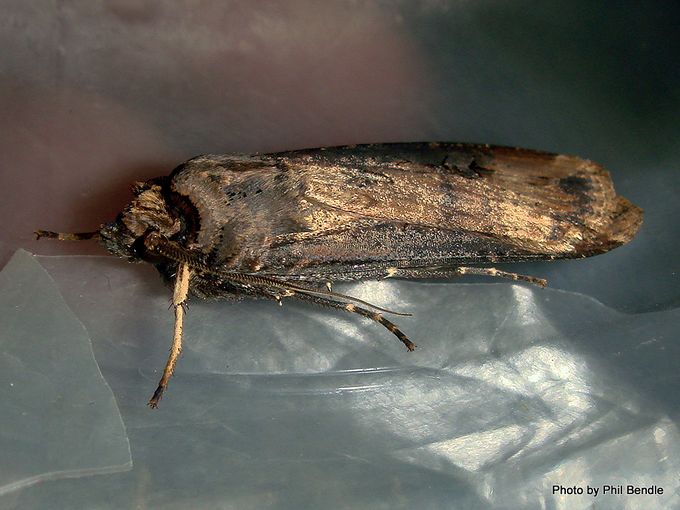 The caterpillar of Agrotis ipsilon. 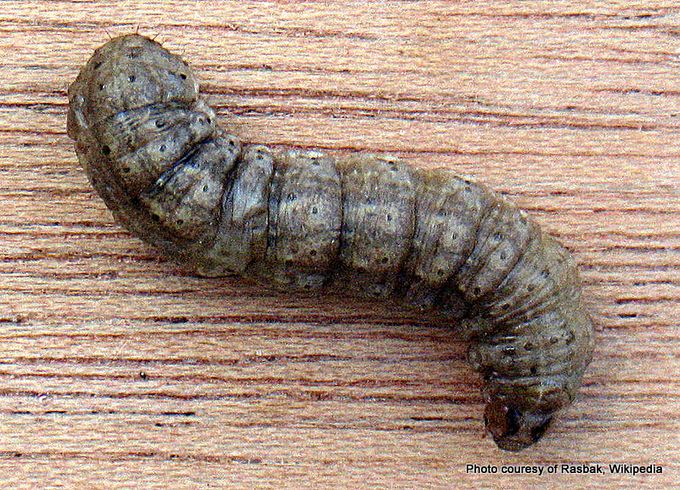