Thalassarche bulleri (Buller's mollymawk) is a small mollymawk endemic to New Zealand. It averages 79 cm. It has a silver-grey forehead, a grey head and throat. It has a black patch around the eyes with a white crescent behind and below the eye. Its back, upper wing and tail are a dark grey and its rump and underparts are white. Its underwing is white with a black tip, with a broad sharply demarcated dark band at the leading edge. Its bill is large and black with yellow on the upper mandible and the tip. The juveniles have a darker head and a brown bill. They feed on squid, fish, tunicates, octopus, and crustacea.

The Buller's mollymawk is colonial, nesting generally on cliffs, steep coastal terraces, grassy meadows, and tussock covered hills. Birds in the Snares Islands also nest under trees inland. The nest is a mound of soil, grass and roots and is set into depressions in the breeding area. Breeding begins in December. Eggs on the Snares are laid in late January (around the 21-23 of January). Incubation lasts around 60 days, with both parents sharing the responsibility. The average incubation shift is around 10 days. After hatching it takes 170 days to fledge the chick. They breed annually.

They breed on Snares Islands, Solander Island, Chatham Islands (Big and Little Sister and Forty-fours Island), and Three Kings Islands (Rosemary Rock). Adults forage between 40°S and 50°S from Tasmania to the Chatham Rise. Juveniles and adults that aren't breeding disperse across the South Pacific with a number feeding every year in the Humboldt Current off Chile and Peru. Buller's albatross is the most common bycatch from longline fisheries out of New Zealand ( Wikipedia) 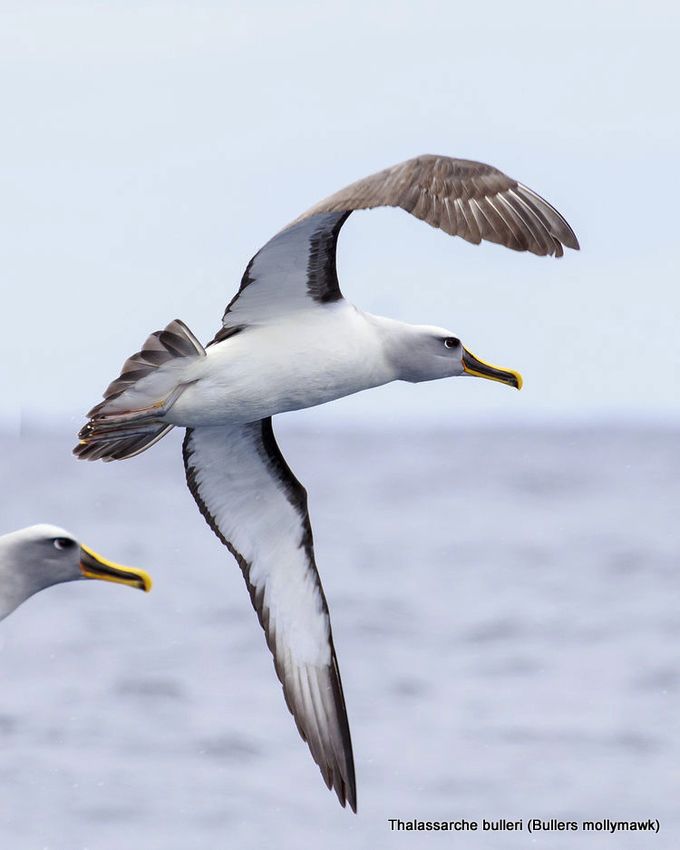 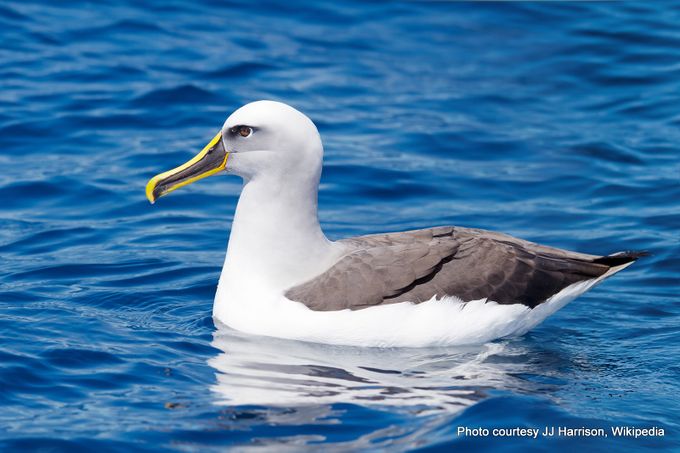 Buller's mollymawk with a short-tailed shearwater in the background 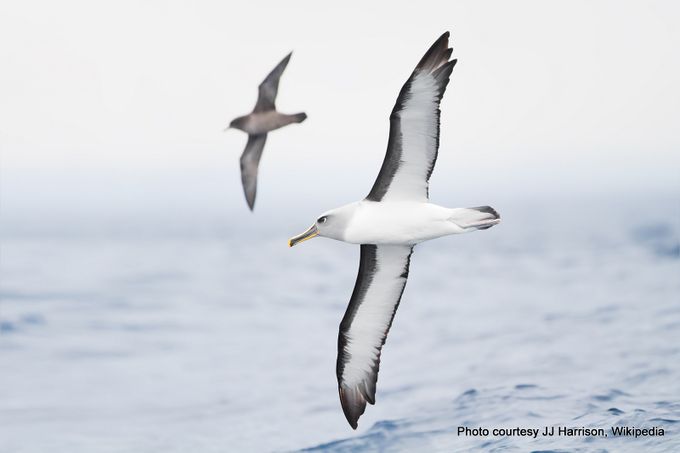