Thalassarche impavida is a medium-sized mollymawk in the albatross family. It breeds only on Campbell Island and the associated islet of Jeanette Marie. They are a small New Zealand island group in the South Pacific. It is one of the most common small albatrosses in New Zealand, and its juveniles and non-breeders travel throughout the South Pacific, Tasman Sea, and the Ross Sea.

Adults weigh >4 kg and are >95 cm long and have a wingspan of 2.5 metres. Their pale yellow eyes distinguish them from the black-browed mollymawk (Thalassarche melanophris), whose eyes are black.
Thalassarche impavida has a white head, neck, rump, and underparts, with a black upper wing, back, and tail. The underwing is white with broad black edging. It has a black triangle around the eye that reaches the long, yellow-orange hooked bill that has a reddish tip. The juveniles have a brown-grey bill with a black tip, dark eyes and less black on the underwing.
The Campbell mollymawk feeds on fish, squid, crustaceans, carrion, and gelatinous organisms. They are also active scavengers and have been caught in New Zealand fishing operations, e.g. southern bluefin tuna fisheries and some trawl fisheries.
Breeding occurs during September or October. Their nests are tall pedestals made of compacted earth and are reused year after year, although not necessarily by the same pair. A single cream coloured egg (103 x 66 mm) is laid. The chick hatches during January or February. 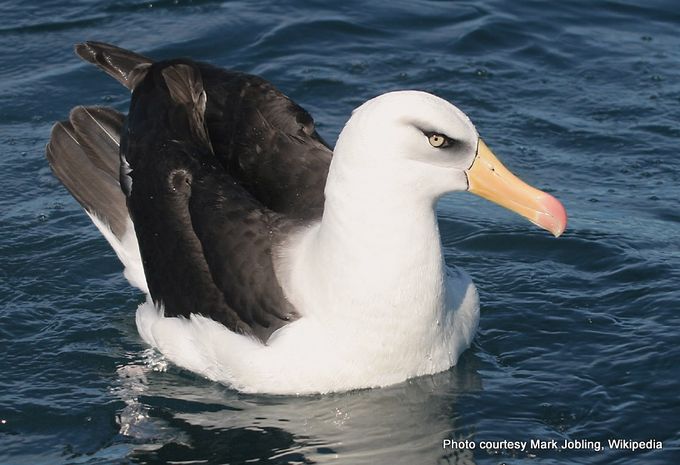 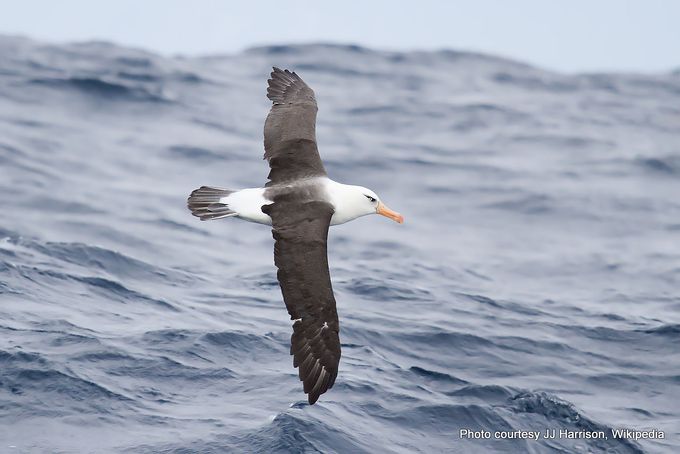