Thalassarche eremi (Chatham albatross) is a medium-sized black-and-white albatross which breeds only on The Pyramid, a large rock stack in the Chatham Islands, New Zealand. It weighs 3.1 to 4.7 kg and it has a length of 90 cm. The adult has a dark grey crown, face, upper mantle, back, upper wing, tail, and throat. They have a white rump and underparts. They also have a black thumb mark on the leading edge of the underwings, and a black tip on the wings. Their bill is yellow with a dark spot on the tip of the lower mandible. Finally, they have an orange cheek stripe.[4] The juveniles have more extensive grey and their bill is blue-grey with black tips on both mandibles. They feed on fish, cephalopods, krill, and barnacles.
This species of albatross breed annually on rocky ledges, steep slopes, and crevices. They build pedestal nests of soil and vegetation. They lay their single egg between 20 August and 1 October, with the egg hatching in November or December, after 68–72 days. The chicks fledge by March or April or 130 to 140 days after hatching. Juveniles return to the colony after four years but do not breed until their seventh year.
When not breeding they range in the South Pacific from Tasmania to Chile and Peru. From April to July they will utilize the Humboldt Current and go as far north as 6°S along the South American coast.
As with other albatrosses, commercial fishing impacts their survival, with longline and the occasional trawl line. Illegal harvesting of chicks occurs occasionally. (Wikipedia) 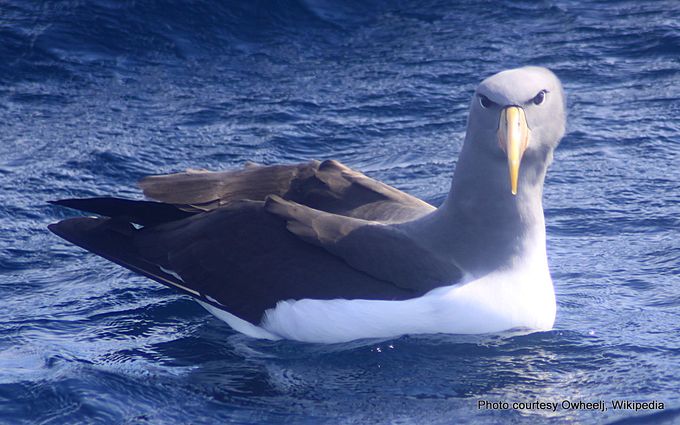 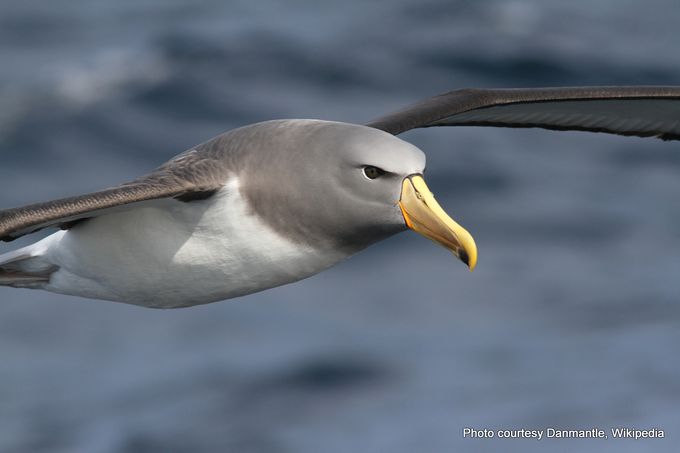 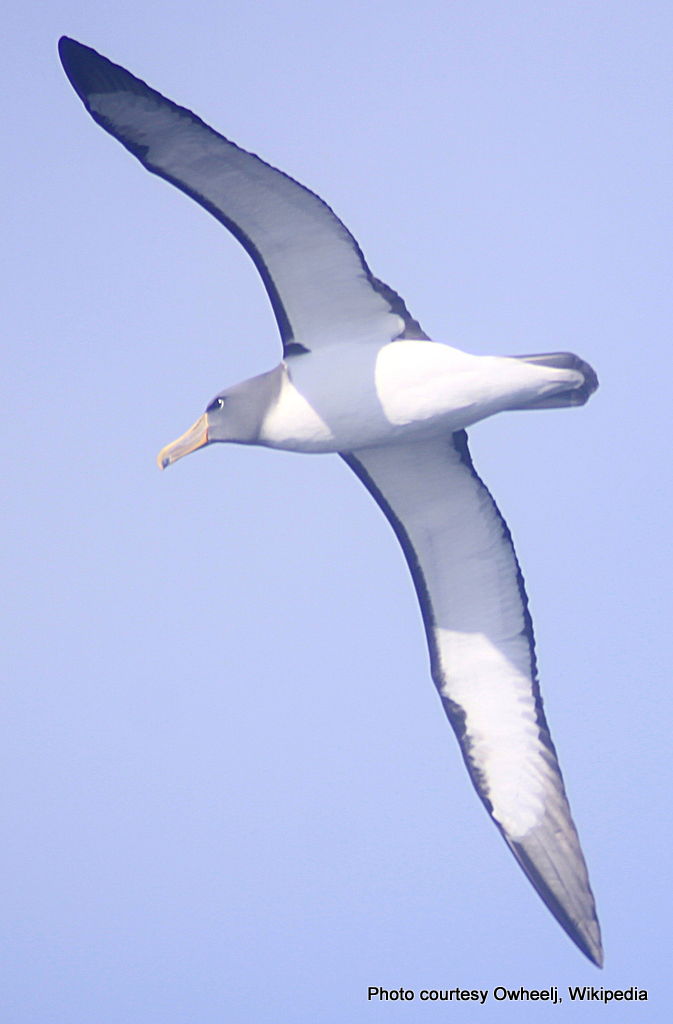