Thalassarche salvini (Salvins mollymawk) is a medium-sized, black and white mollymawk in the albatross family that ranges across the Southern Ocean. The Salvin's albatross is about 90 cm and 2.56 m across the wings. It weighs 3.3–4.9 kg. The adult bird has a silver-grey crown. Its face, upper throat, and upper mantle are grey, and its back, upper wing, and tail are grey-black. It has a white rump and underparts with a black thumb mark on underwing and black narrow leading and trailing edges on the wing and black wing tips. Its bill is pale grey-green with a pale yellow upper ridge, and a bright yellow tip on the upper mandible, and a dark spot on the tip of the lower mandible. The juveniles have more extensive grey areas and a blue-grey bill with black tips on both mandibles. It can be distinguished from the Chatham albatross by its larger size and grey bill, and from the shy albatross by the greyer head. Such differences can be difficult to pick out at sea, however, and this explains the under-representation of this species in at-sea surveys. Salvin’s mollymawk feeds mainly on fish and cephalopods.

It breeds mainly on small rocky islands with little vegetation and the nest is a pedestal made of mud, feathers, and bird bones. A single egg is laid in September, and incubated by both parents until early November. The chicks fledge after about 4 months.

The Salvin's albatross breed colonially on three disparate island groups in the Southern Ocean, Île des Pingouins in the Crozet Islands in the Indian Ocean and the Bounty Islands and The Snares to the south of New Zealand, The Pyramid, and Forty-Fours Island. At sea, they range from South Africa across to Australia and as far east as the coast of South America. In April 2011, several photographs of a Salvin's or Chatham albatross were taken about 800 miles north of the Hawaiian Islands. (Wikipedia) 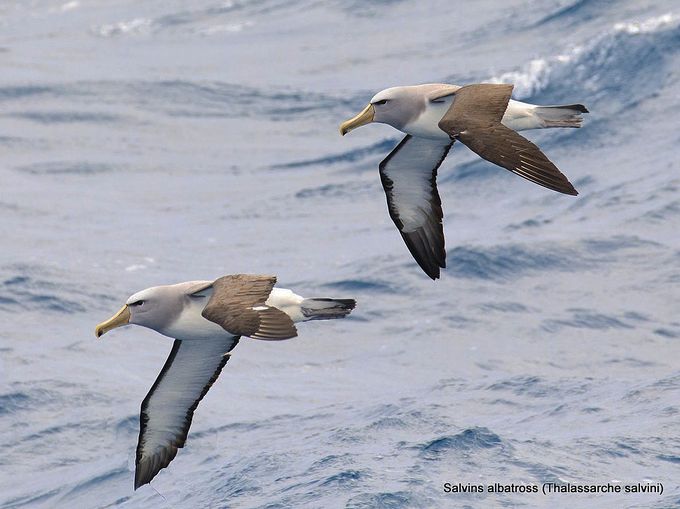 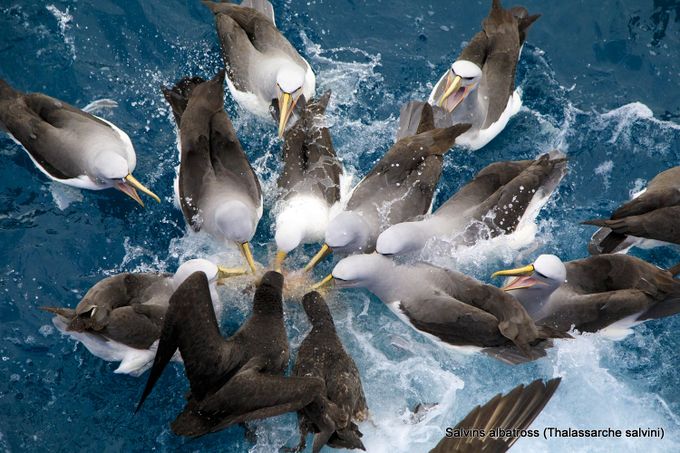 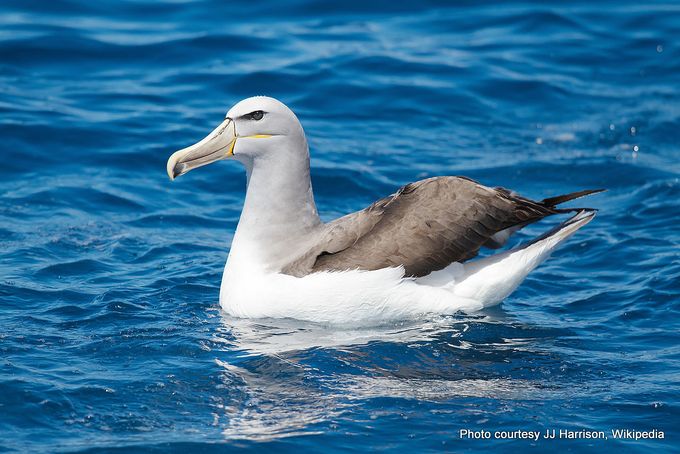