Mollymawks are a type of albatross. They share certain identifying features.  First, they have nasal passages called naricorns that attach to the upper bill, the nostrils on the albatross are on the sides of the bill. Mollymawks produce a stomach oil made up of wax esters and triglycerides that is stored in the proventriculus. This is used against predators as well as an energy rich food source for chicks and for the adults during their long flights. They also have a salt gland that is situated above the nasal passage and helps desalinate their bodies, due to the large amount of ocean water that they imbibe. It excretes a highly saline solution from their nose.

Thalassarche steadi (White capped mollymawk) is a >99 cm tall albatross with a wingspan of >256 cm. It is the largest of the mollymawks. They are endemic to the islands off the coast of New Zealand. The main breeding islands are Disappointment Island, Adams Island, Auckland Island and Bollons Island. They can have a large foraging range that includes the SW Atlantic, off the coast of SW Africa and in the SW Indian Ocean.
It has a bold white cap that contrasts with a pale silver-grey face and a darker brow. Some adults have a white back with brown tipped feathers. They have a dark grey mantle and a black tail. Most of the rest of the body is white. Its bill is pale grey to blue with a yellow tip. Juveniles have a grey bill with a dark tip, and their head is darker, with grey to the collar.
They are a surface feeder but may utilize shallow dives for their food which is fish, cephalopods, tunicates (marine invertebrates) and crustaceans.

The call of the White capped mollymawk 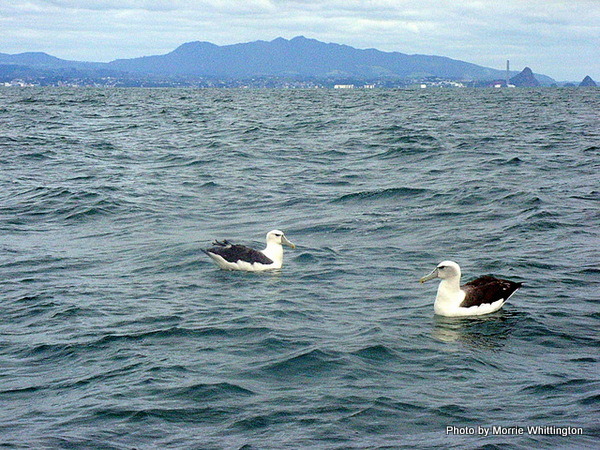 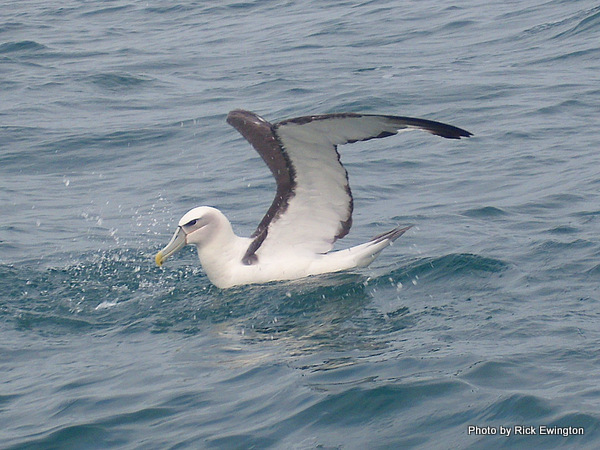 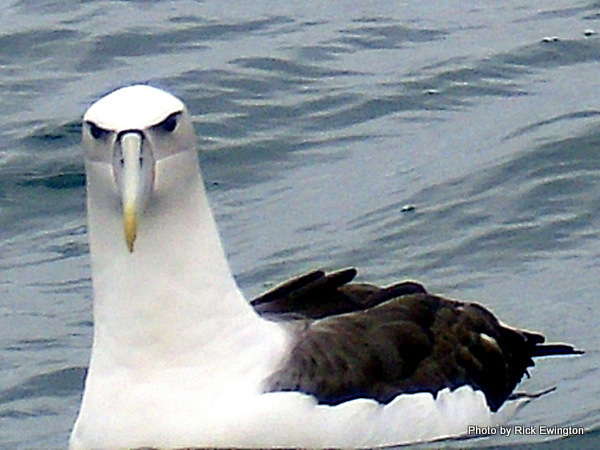