Titoki is an attractive tree (height  4 - 18 metres) found in lowland forests. It is an attractive tree with glossy dark green leaves and a spreading canopy. The Titoki tree seeds are a hairy woody capsule that splits to reveal bright red fruit and black seed. The fruit can take up to a year to mature. These trees are attractive to bees, butterflies and birds.

The Maoris used to bruise the seeds and then steamed them to release oil. The oil was used for an earache, for eye problems and as a lotion for a wide range of skin ailments including sore breasts, infant rashes, eczema, sores, sprains and wounds, rheumatism, swellings due to bites and stings. It was also highly valued as a general skin softener-conditioner and is used as a carrier for scents obtained from other plants such as tarata (Pittosporum eugenoides). The scarlet flesh surrounding the seeds is very astringent and was used by consumptive invalids.

The round black seeds are best avoided despite limited information on their toxicity. many plants in the same family are poisonous. 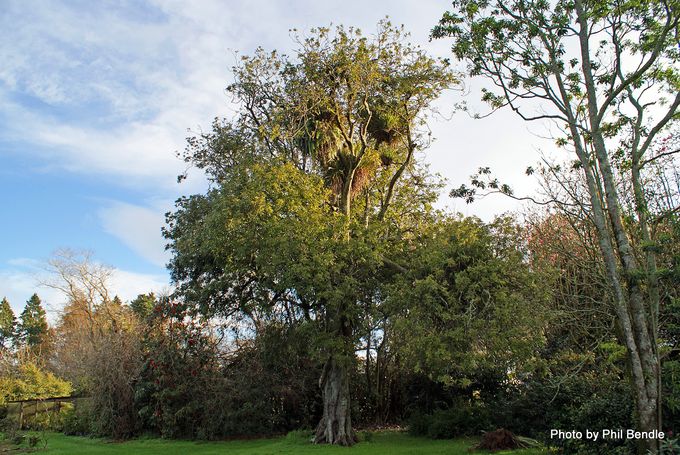 Looking across the Te Henui stream towards Puketarata Pa at the historic Titoki trees fenced off in the paddock. These trees were very important to the Maori of this Pa. 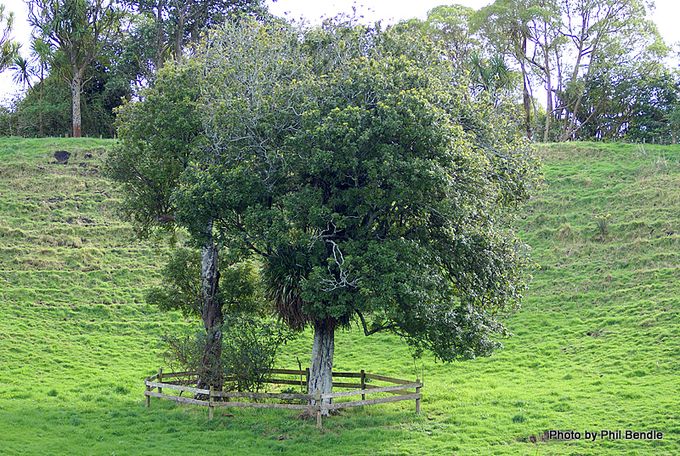 A photo of younger tree with unopened capsules (November) 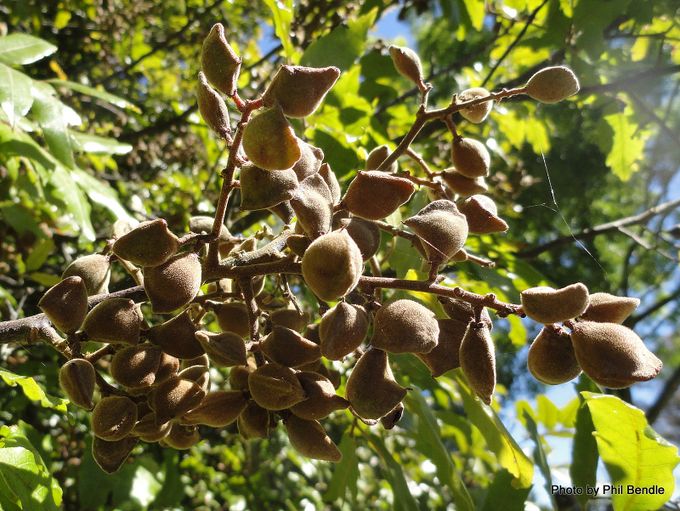 A close view of the capsules split open to show the bright red aris and the shiny black seeds. 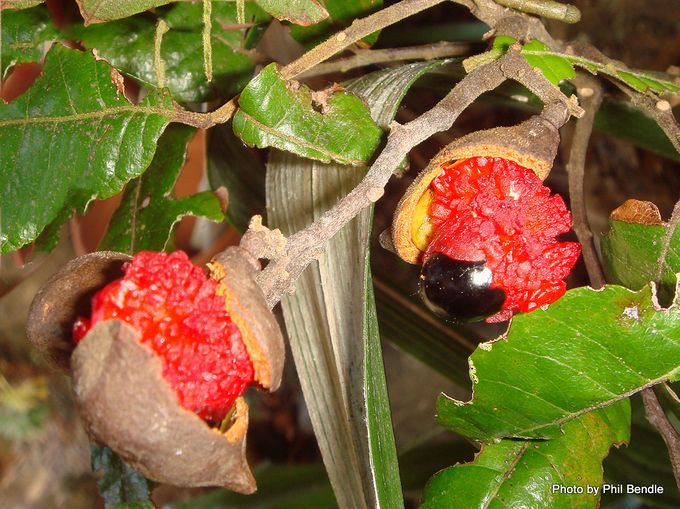 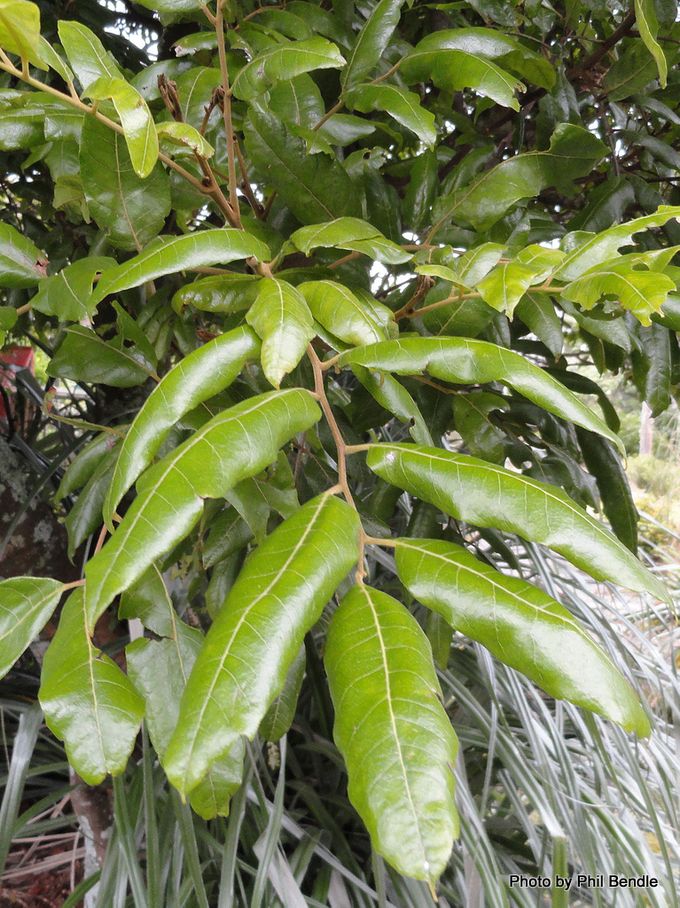 Topside of the leaves 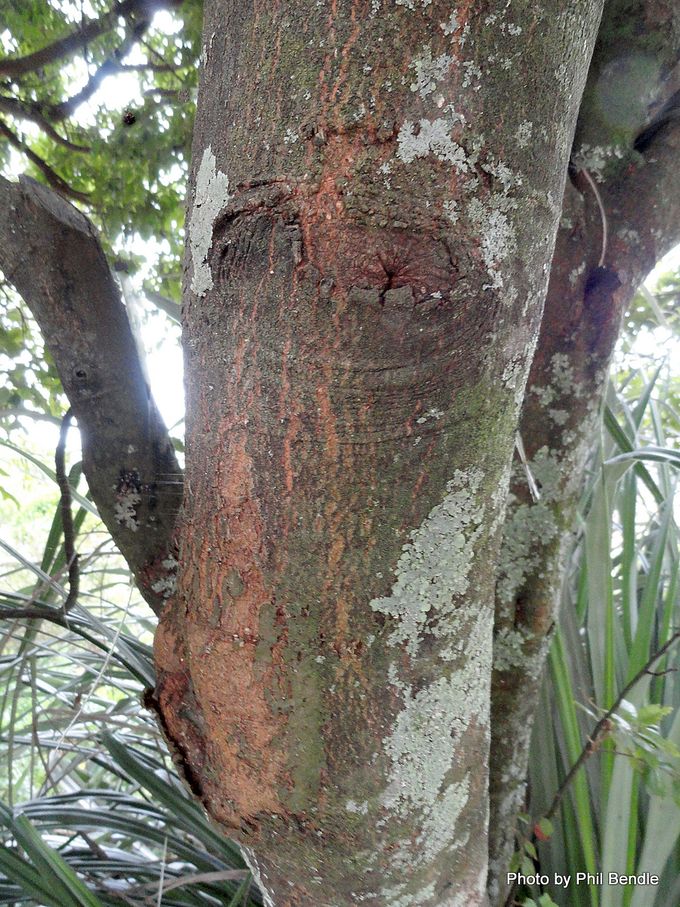 Close up of a trunk of a young Alectryon excelsus

The trunk of an old tree. 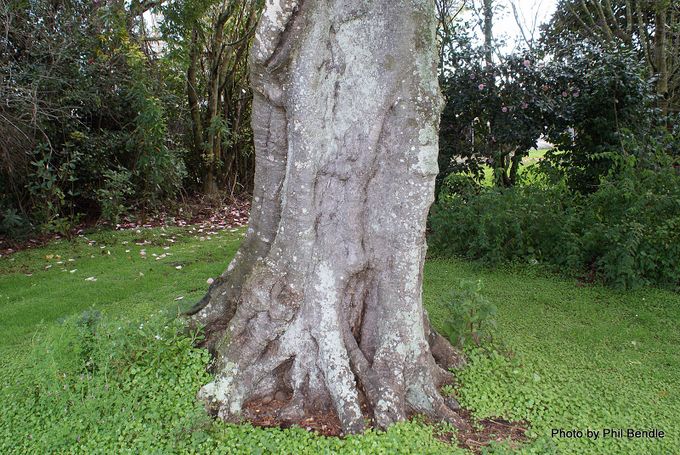