Alstroemeria aurea is a flowering erect perennial plant (1m) which is native to southern South America (i.e. Argentina and Chile). It is now naturalised in New Zealand and overseas in the UK and Australia.
Alstroemeria aurea has become really invasive and is classed as an environmental weed. It has become a problem around the area of the North Egmont Visitor Centre and the Dawson falls centre on Mt Taranaki/Mt Egmont.
Its fleshy roots go deep and it will spread over a large area.
The plants are distinctive vegetatively, with a rootstock consisting of a slender rhizome or group of rhizomes (the "crown"). Storage roots consist of sausage-like water storing structures "suspended" from the rhizome by major roots. In this way, the root system resembles that of dahlias. The flowers of Alstroemeria are showy. All six tepals (tepal denotes either petal or sepal when both are similar, as in lilies, amaryllis, etc.) are roughly similar.
The leaves are narrow, twisted, lance-shaped up to 120mm long. A morphological trait of Alstroemeria and its relatives is that the leaves are resupinate, that is, they twist from the base so that what appears to be the upper leaf surface is, in fact, the lower leaf surface. See photo below.
Bomarea caldasii vine (Bomarea, climbing alstroemeria) is of the same genus Alstroemeria and is also is classed as an environmental weed in several countries including New Zealand. 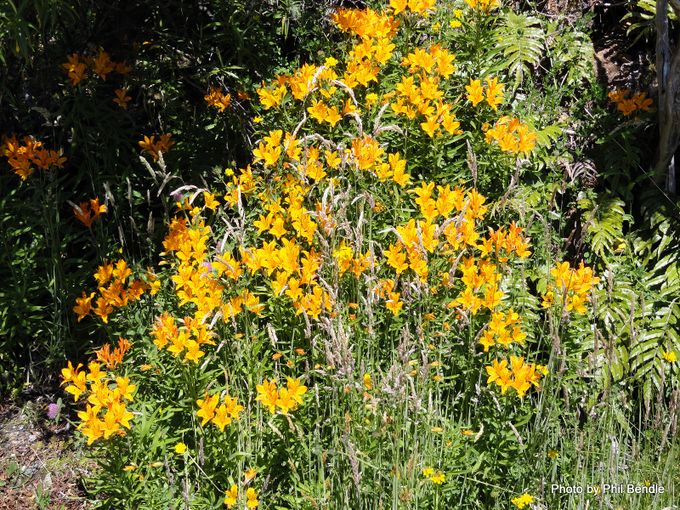 Growing at Dawson falls at 900 m 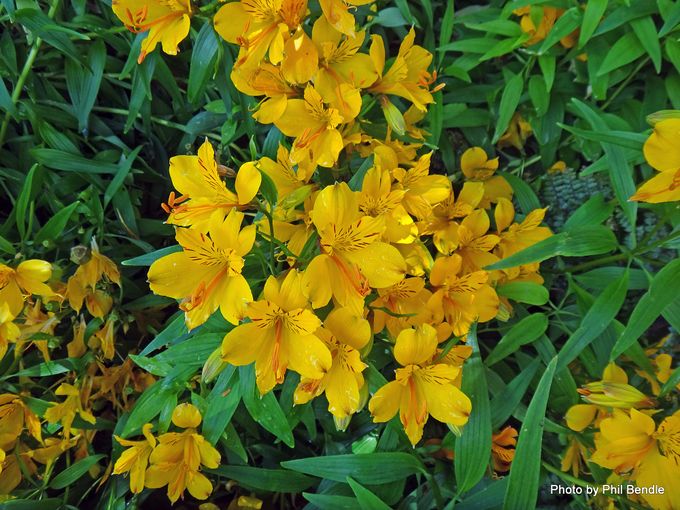 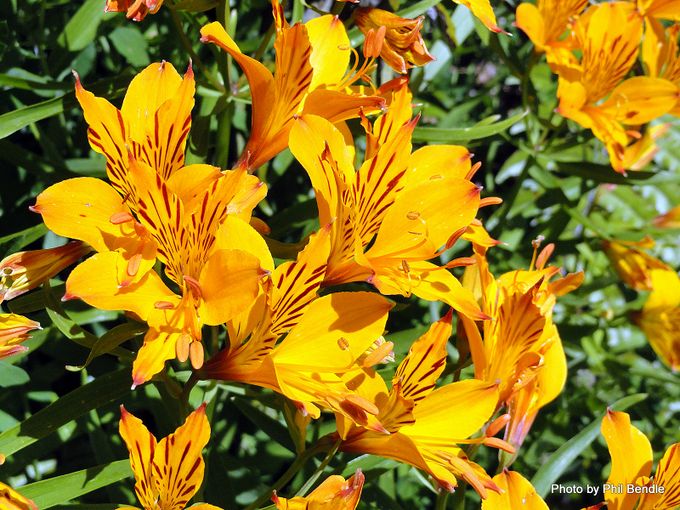 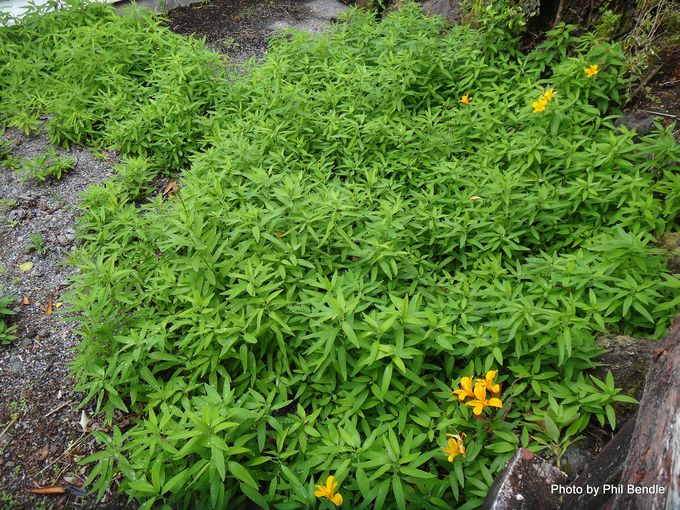 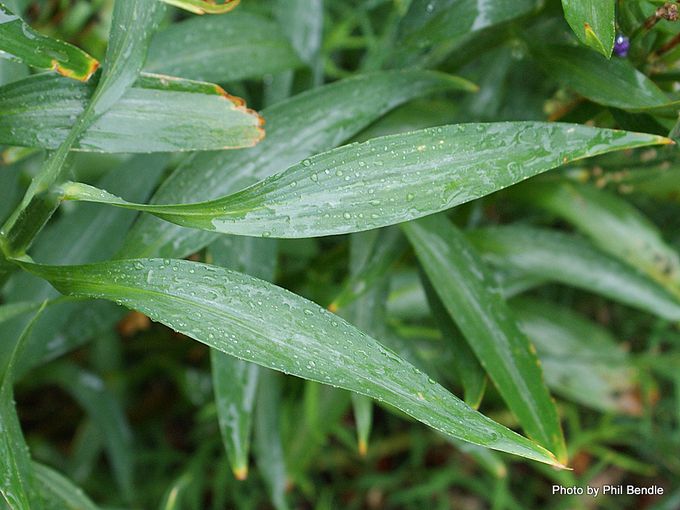