Alternanthera philoxeroides is an emergent aquatic plant originating in Argentina and it has now spread to many parts of the world. It is considered an invasive species in Australia, China, New Zealand, Sri Lanka, Thailand, and the United States. The alligator weed's primary mode of transport is believed to be through ballast tanks on ships. Locally it is also easily spread by cultivation, boats and fishing nets. Stem fragments will lodge in stream banks establishing new colonies. It will invade waterways that have salinity up to 30%. These areas include urban wet areas, estuaries, dune lakes, wetlands, pastures.
When Alternanthera philoxeroides invades waterways, it can reduce the water flow which increases sedimentation that causes flooding. It affects the water quality by preventing light penetration and oxygenation of the water. It can also reduce waterbird and fish activity and cause the death of fish and native plants. It can cause photosensitivity in stock that eats it. Alternanthera philoxeroides dense, floating mats create a favourable habitat for breeding mosquitoes.

Alternanthera philoxeroides is a hairless perennial the can root in <2m water. It will form floating mats extending 10 metres out from banks covering the surface of the deeper water. Alternanthera philoxeroides will also grow on land. The fleshy, horizontal, green/brown stems are often red. The simple, waxy green leaves which have a distinctive midrib are in opposite pairs and have smooth margins.
In summer it develops white clover-like flowers that are 13 mm in diameter. The weed's intricate root system does not have to establish in sediment or soil: many plants let their roots hang free in water to absorb nutrients. 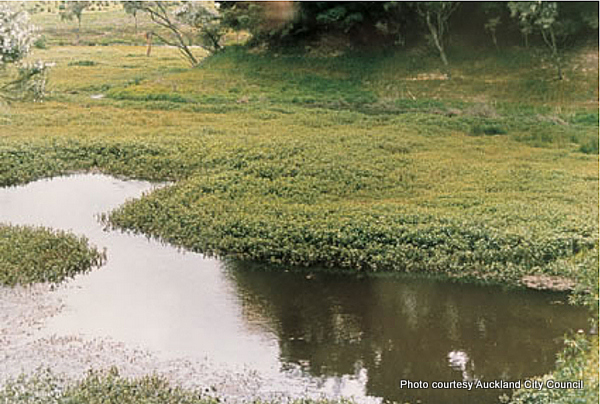 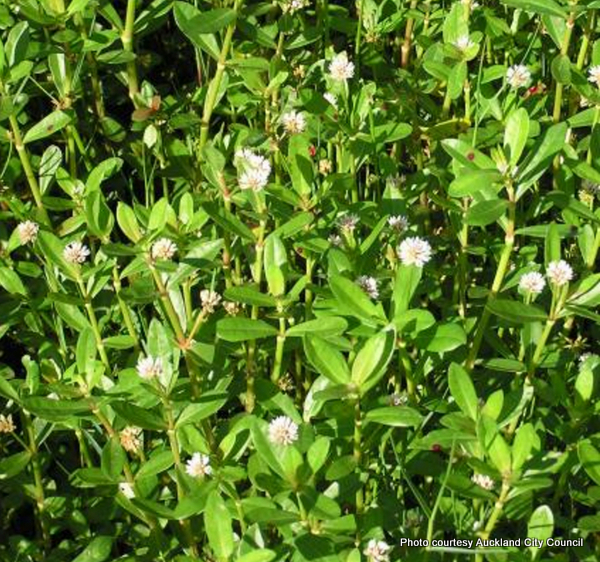 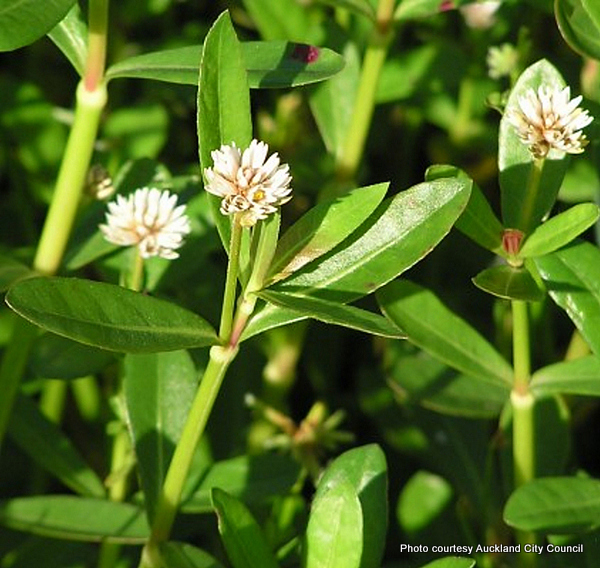