Amanita muscaria is a poisonous and psychoactive basidiomycete fungus. It the most conspicuous mushroom seen in the autumn season in New Zealand. It is native throughout the temperate and boreal regions of the Northern Hemisphere. Amanita muscaria has been unintentionally introduced to many countries in the Southern Hemisphere, generally as a symbiont with pine plantations, and is now a true cosmopolitan species. It usually associates with various deciduous and coniferous trees (especially radiata pine and silver birch) in New Zealand but is increasingly being seen in southern beech forests where there is some concern it might take over from native beech associated species.
It is a large white-gilled, white-spotted, usually deep red mushroom whose cap can be up to 13cm diameter. Gills, stem, flesh and spore print white.

This mushroom is  poisonous 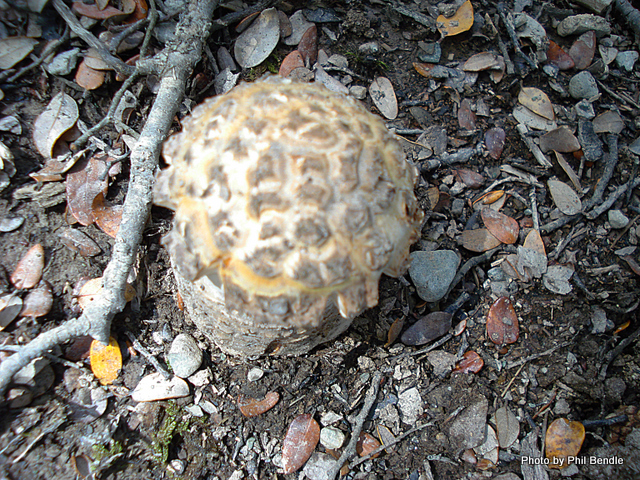 Then as a red dome. 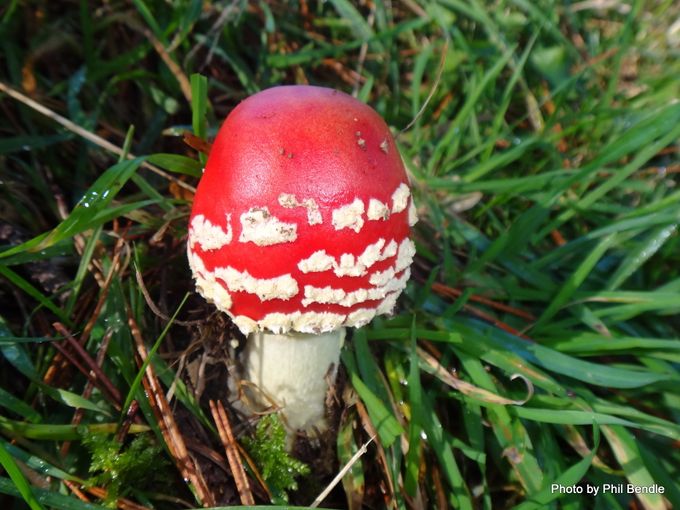 Amanita muscaria with a wider cap. 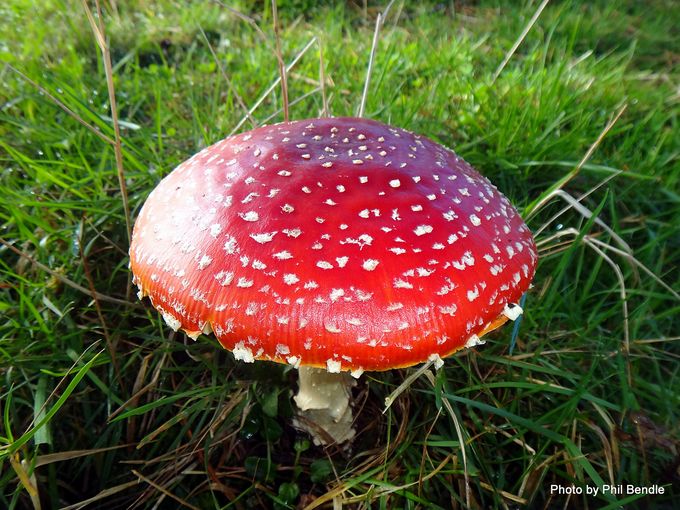 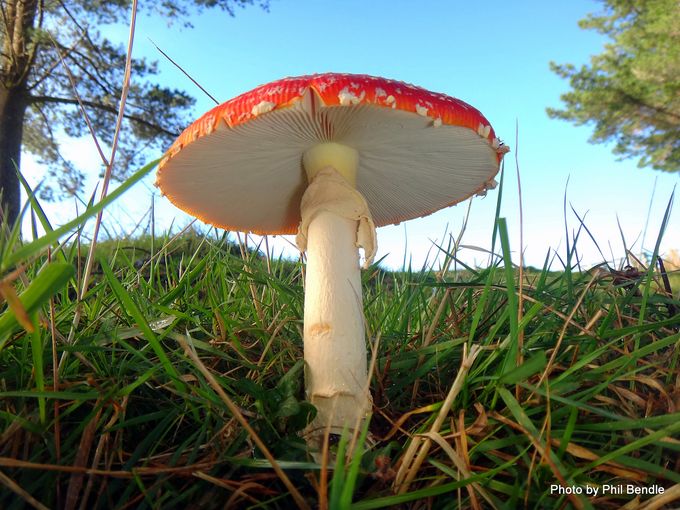 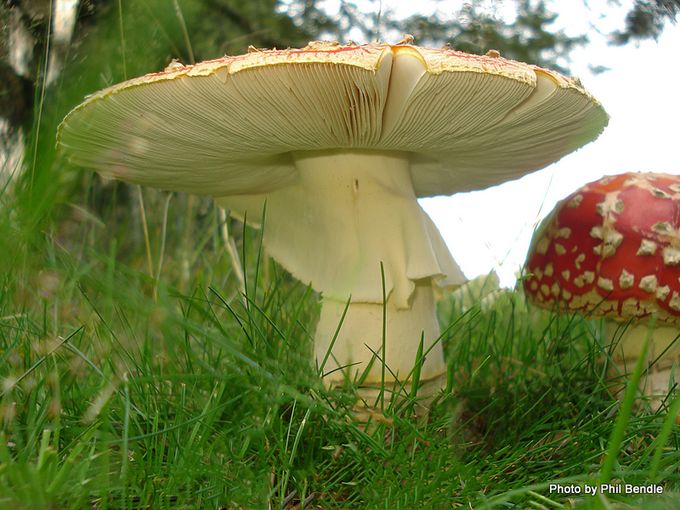 An old cap with rim turned up. 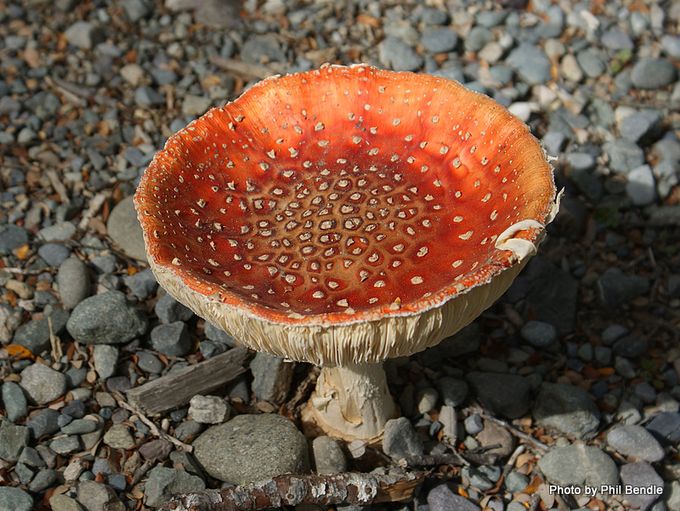 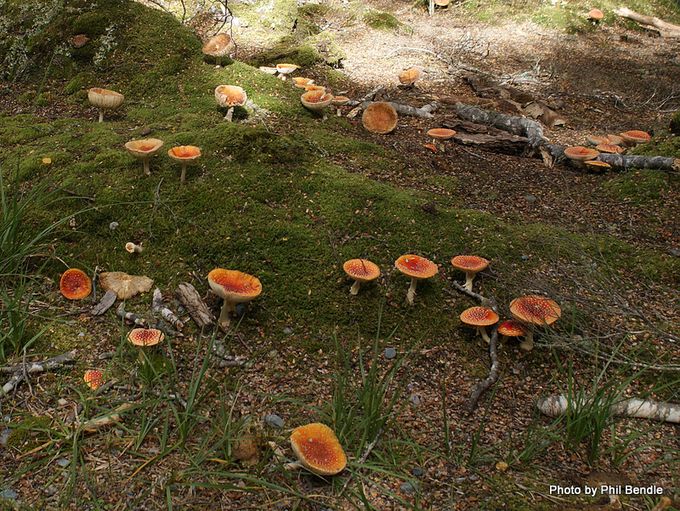