Amanita phalloides is a deadly poisonous basidiomycete fungus, one of many in the genus Amanita. It forms ectomycorrhizas with various broadleaved trees. It occurs mainly in deciduous and mixed deciduous forests, especially under oak, chestnut and beech trees. This fungus avoids colder localities. Amanita phalloides was introduced to New Zealand with the early importation of exotic trees from Europe.
]
Amanita phalloides is one of the most poisonous of all known fungi It is estimated that as little as half a mushroom contains enough toxin to kill an adult human. It has been involved in the majority of human deaths from mushrooms. The principal toxic constituent is α-amanitin which binds to and disables an enzyme responsible for making new proteins. Without this enzyme, cells can’t function, and liver and kidney failure results. Without proper, prompt treatment, the victim can experience rapid organ failure, coma, and death. Treatment sometimes includes a liver transplant. The amatoxins toxins found in these mushrooms are thermostable: they resist changes due to heat, so their toxic effects are not reduced by any conventional cooking methods, including boiling or baking. Freezing or drying the mushrooms also fails to remove any amount of amatoxin.

Amanita phalloides’s cap is up to 12cm across and the stem can be up to 15cm long. The cap's colour is variable but is generally whitish with central radiating fibres of green or sometimes yellow. It is first hemispherical, then convex to flat. The stem and gills are white. The stem usually has a ring, but often the veil that forms the ring remains hanging on the cap edge instead; stem base surrounded by a marked sac-like volva. They appear during summer to autumn. 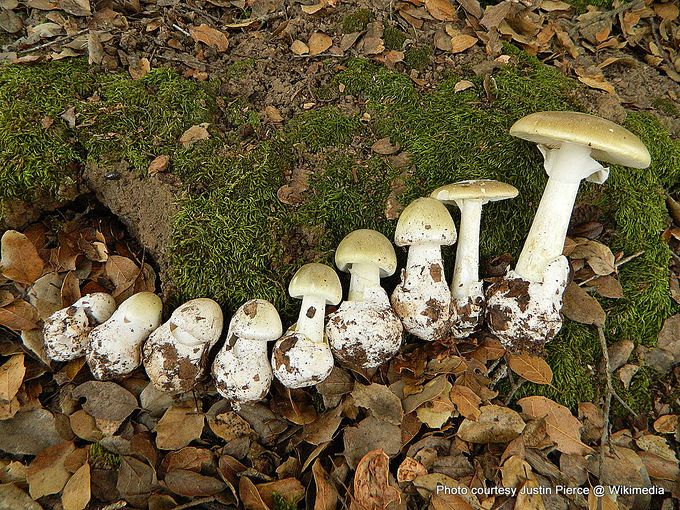 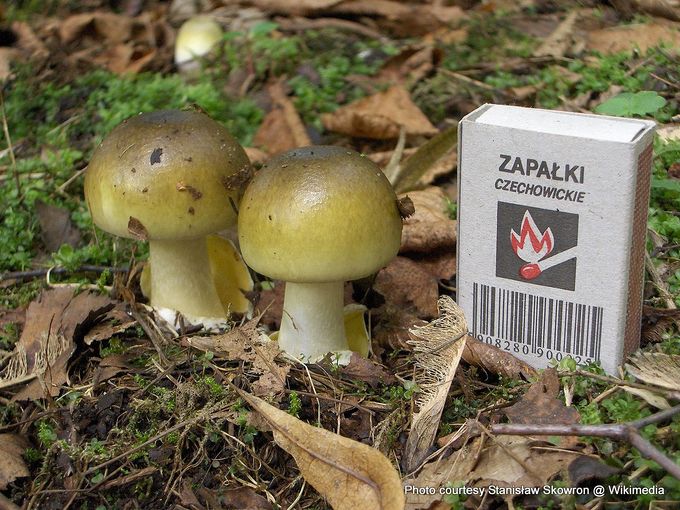 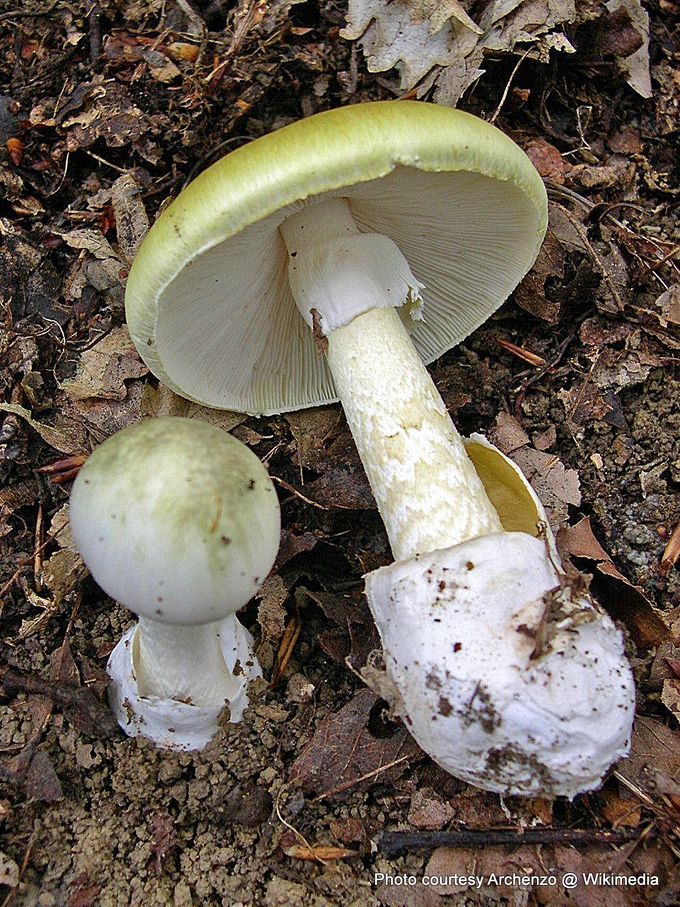 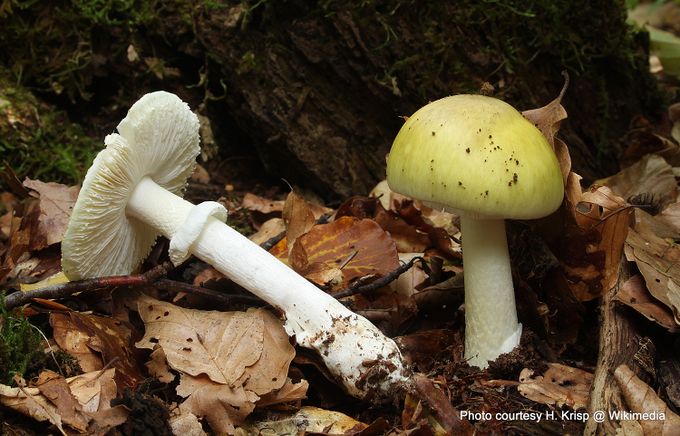