Amanita sp-Ridley-2 is strange species of Amanita that appears to be only known from New Zealand. There have been very few reports of this mushroom (about 16). It has been reported from Auckland, Hamilton, Hastings, Wellington, Nelson, Motueka and Christchurch.
Amanita sp-Ridley-2 grows up to 30 cm tall and it has an unusually elongated umbo (protuberance) on its cap. The cap is covered with sticky scales.

The specimen below was observed and photographed by Julie Edwards 7th February near Motueka, South Island. 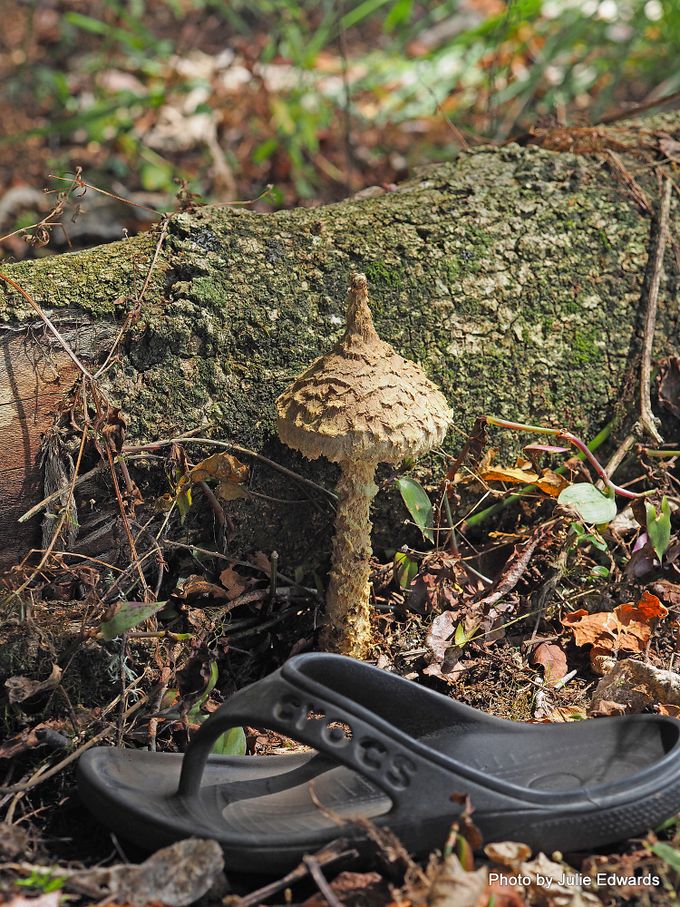 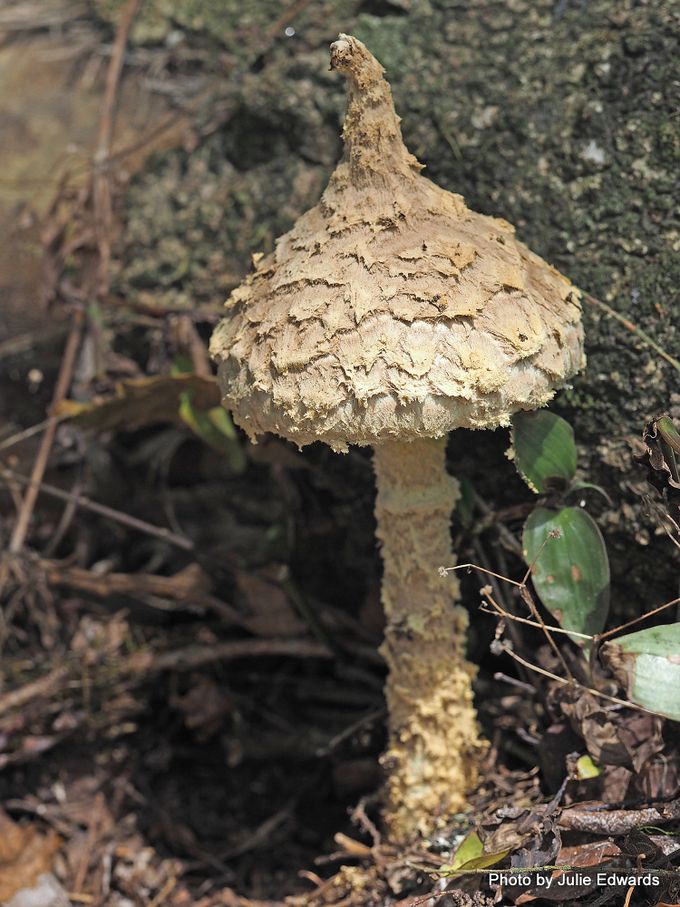 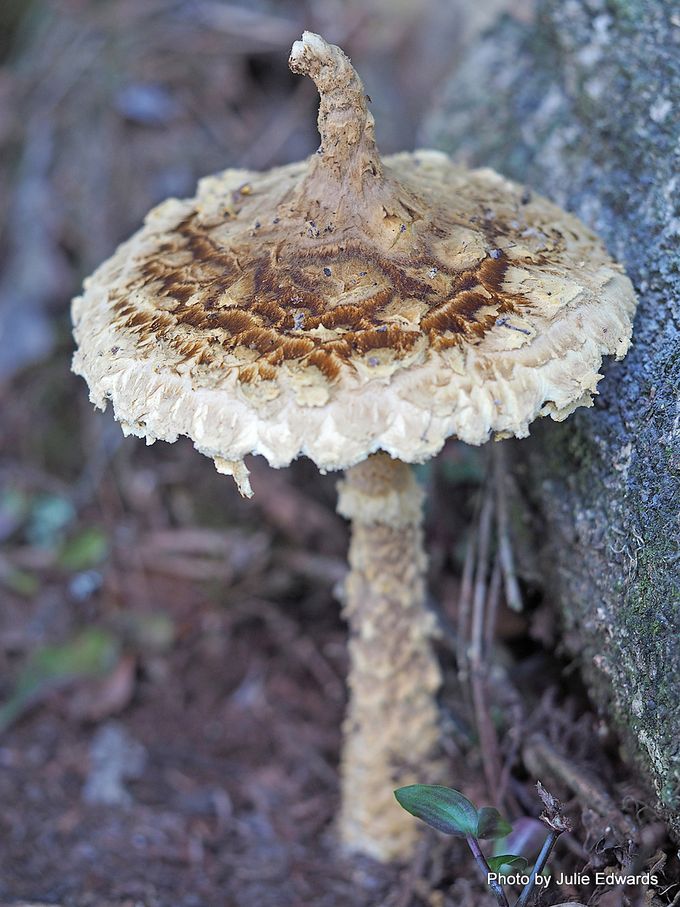 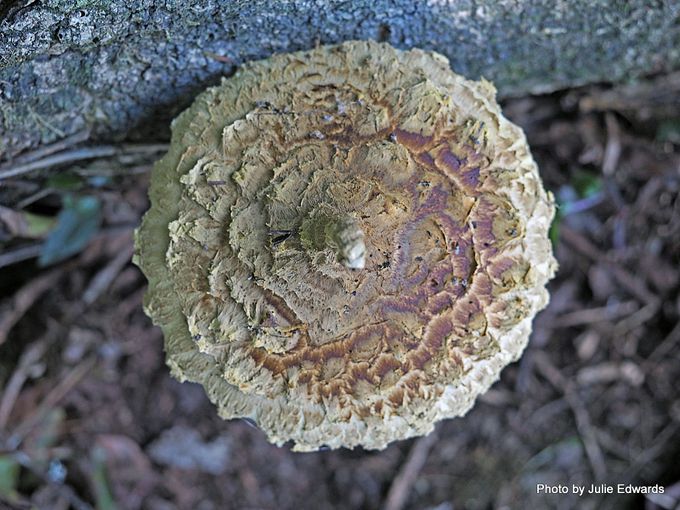 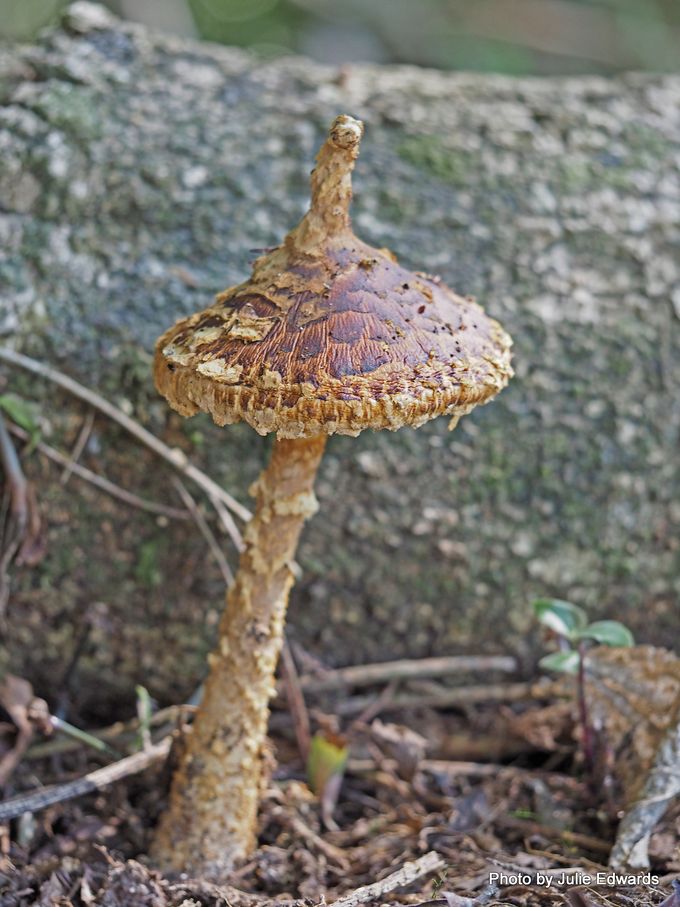 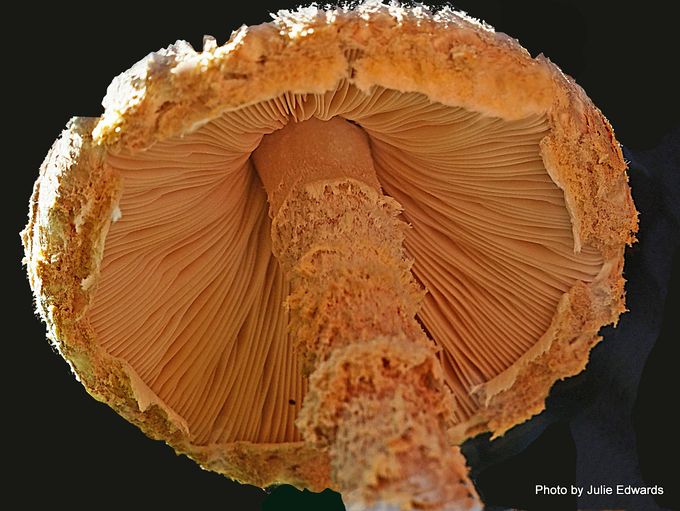 The next two photos are of new mushrooms in the same 50 cm square area two months later than the above photos. 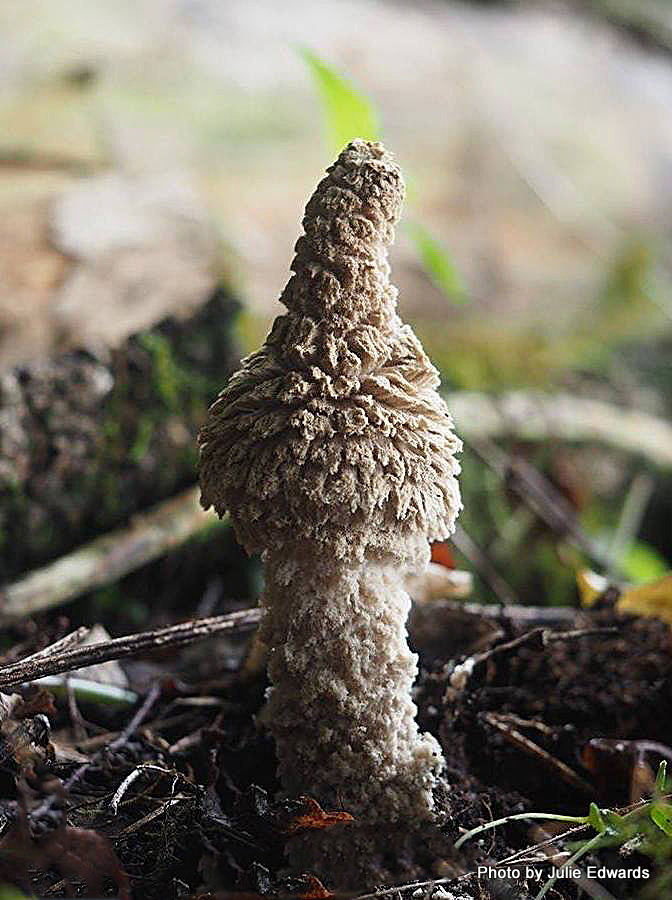