Amaranthus powellii is a species of amaranth native to the southwestern United States and northern Mexico. It has also been introduced to other continents, including New Zealand. This is an erect annual herb growing >100+ cm high.
Its stems are red towards the base of the plant.
It has leaves that are up to 9 centimetres long, those on the upper part of the plant lance-shaped and lower on the stem diamond or roughly oval in shape.
The inflorescence holds several long, narrow clusters of both male and female flowers interspersed with spiny green bracts.
The fruit is a smooth dehiscent capsule about 3 millimetres long containing shiny reddish black seeds. It inhabits both wasteland and cultivated land.

Amaranth leaves and seeds are edible and are sometimes gathered from the wild. When grown on nitrogen-rich soils (where chemical fertilisers are used) they will concentrate nitrates in the leaves. Nitrates are implicated in stomach cancers and they are one of the causes of the blue baby syndrome. This syndrome can be caused high nitrate contamination in plants and groundwater.This results in a decreased oxygen carrying capacity of haemoglobin in babies leading to health problems. It is inadvisable, therefore, to eat this plant if it is grown inorganically. Amaranthus powellii has been found to be responsible for nitrate poisoning in cattle.

Amaranthus powellii or Amaranthus retroflexus are very similar species and are often been confused. A. powellii is common or abundant in both North and South Islands. Amaranthus powellii female tepals are unequal and end in sharp tips. Its lateral branches form towards the base. 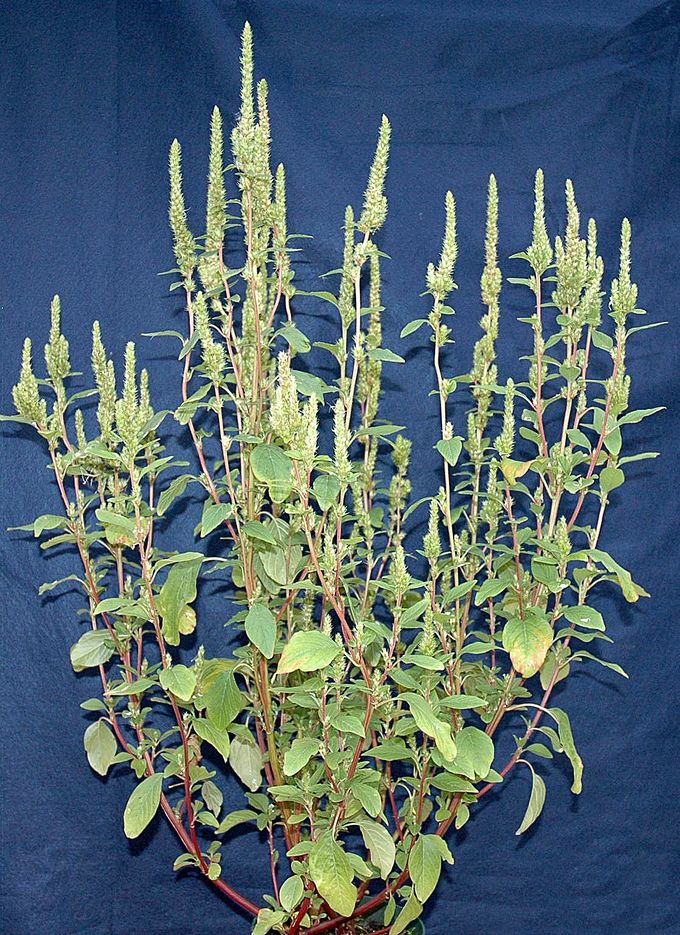 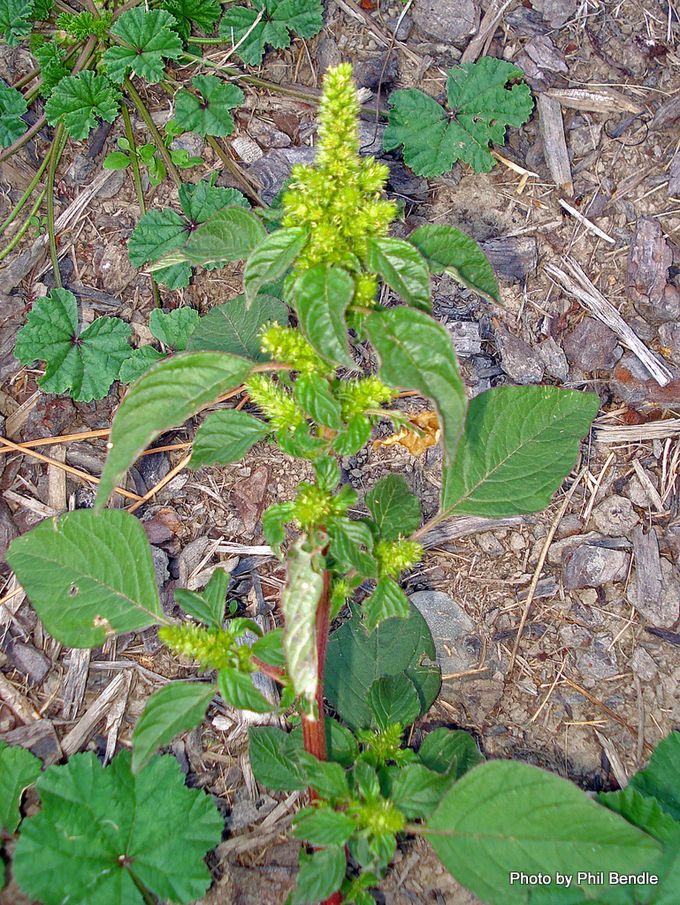 The narrow clusters of both male and female flowers 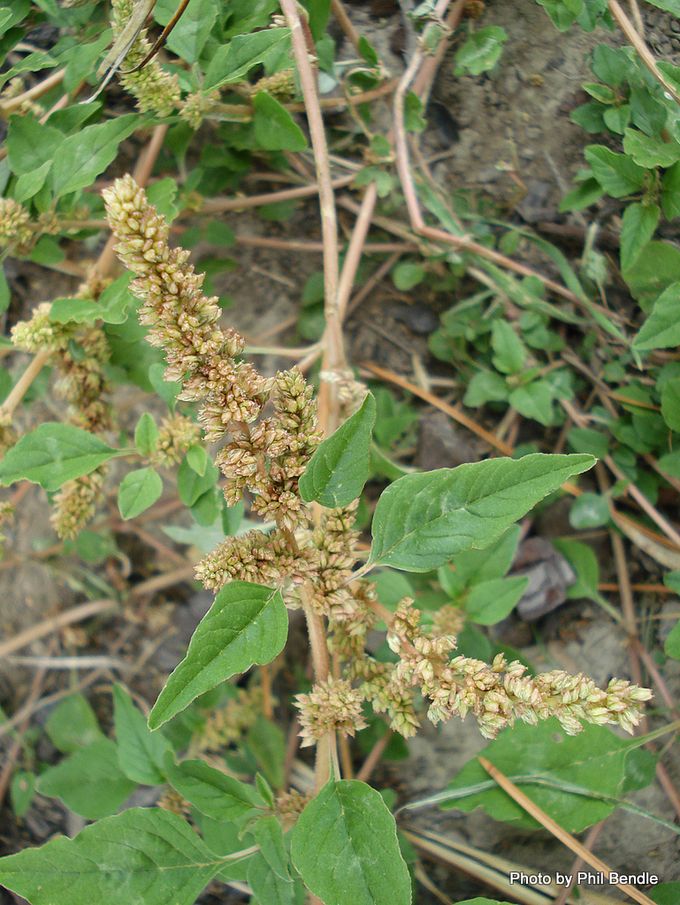 Thanks to Wikipedia and Agpest for text and information: https://creativecommons.org/licenses/by-sa/3.0/
http://agpest.co.nz