Redroot is the name given to a group of 3 closely related Amaranthus species:
Amaranthus hybridus
Amaranthus powellii
Amaranthus retroflexus.
A fourth species that is similar to redroot is Amaranthus viridis - Green amaranth.

Also commonly referred to as "Amaranthus", these weeds are widely spread throughout New Zealand, and get their name from the reddish colour towards the base of the plant and taproot.
They are commonly found in arable crops and can grow up to 1 metre high. All 4 species are summer growing annuals that normally flower between December and February. Their flowers are small and spikey and have many short laterals. Seed heads are commonly up to 200mm long and droop downwards from stems. Main stems form numerous short leafy laterals. Leaves are variable in size, oval shaped and usually green, although they turn red in autumn.

Amaranthus powellii is a species of amaranth known by the common names Powell's amaranth and green amaranth. It is native to the southwestern United States and northern Mexico, but it is common throughout most of the rest of the temperate Americas as a naturalized species. It has also been introduced to other continents, including New Zealand, Australia and Europe.
This is an erect annual herb growing to a maximum height near two meters. Its leaves are up to 9 centimetres long, those on the upper part of the plant lance-shaped and lower on the stem diamond or roughly oval in shape. The inflorescence holds several long, narrow clusters of both male and female flowers interspersed with spiny green bracts. The fruit is a smooth dehiscent capsule about 3 millimetres long containing shiny reddish black seeds.

Amaranthus hybridus, commonly called Smooth Amaranth, Smooth Pigweed, Red Amaranth, or Slim Amaranth, is a species of annual flowering plant. It is a weedy species found now over much of North America and introduced into New Zealand, Australia, Europe and Eurasia. Amaranthus hybridus grows from a short taproot and can be up to 2.5 m in height. It is a glabrous or glabrescent plant.

Amaranthus retroflexus is a species of flowering plant in the Amaranthaceae family with several common names, including Red-root Amaranth, Redroot Pigweed, Red Rooted Pigweed, Common Amaranth, and common tumbleweed. True to its name, it forms a tumbleweed. It is native to the tropical Americas but it is widespread as an introduced species on most continents in a great number of habitats. This is an erect annual herb reaching a maximum height near 3 meters. The leaves are nearly 15 centimetres long on large individuals, the ones higher on the stem having a lance shape and those lower on the plant diamond or oval in shape. The plant is monoecious, with individuals bearing both male and female flowers. The inflorescence is a large, dense cluster of flowers interspersed with spiny green bracts. The fruit is a capsule less than 2 millimetres long with a "lid" which opens to reveal a tiny black seed. 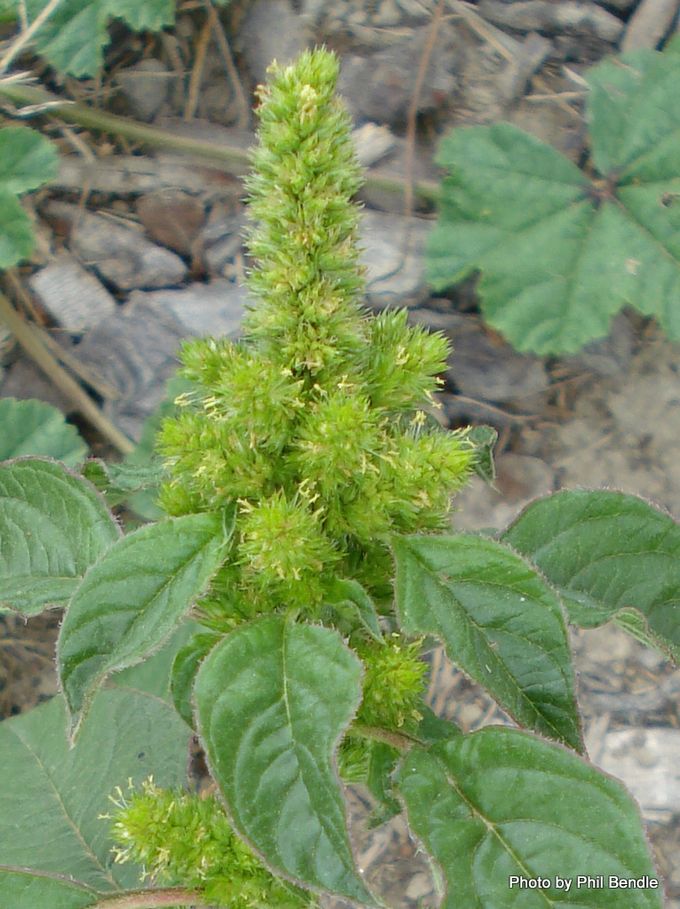 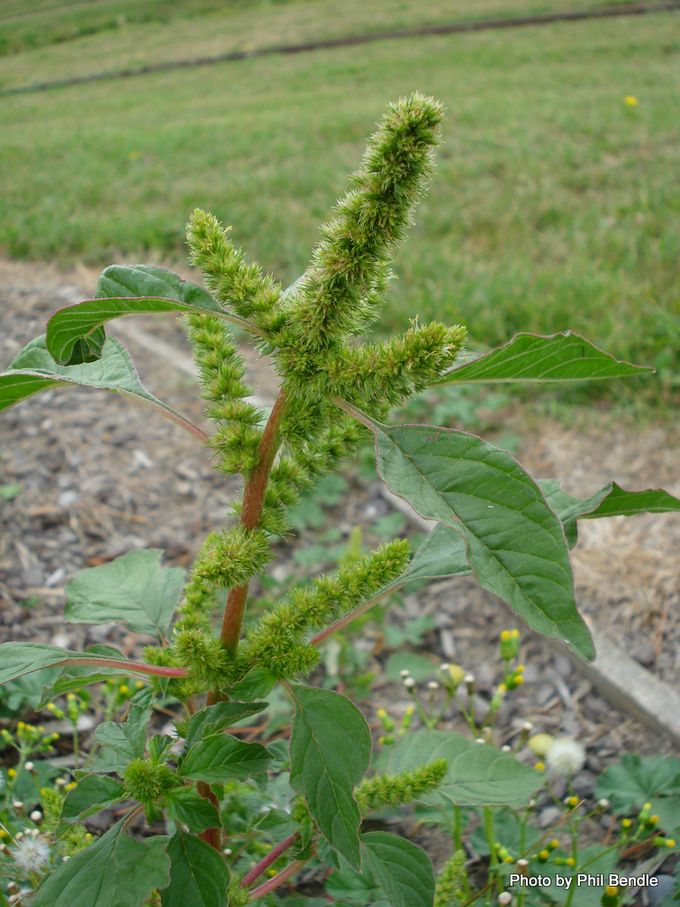 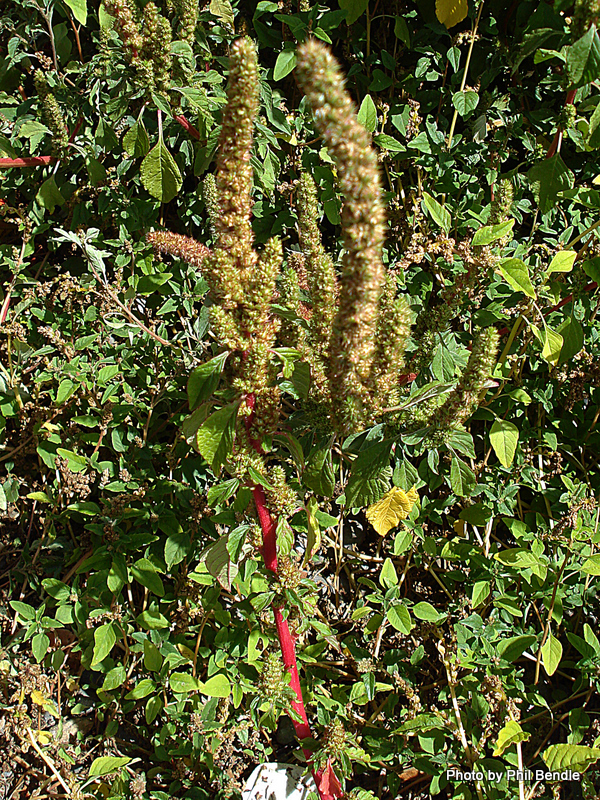 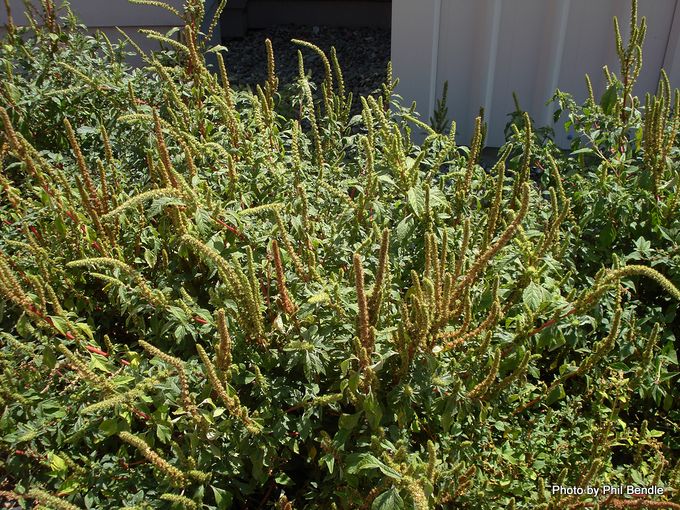