Amaryllis belladonna is native to the South Western Cape of South Africa.  Amaryllis is a bulbous plant, with each bulb being 5–10 cm in diameter. It has several strap-shaped, green leaves, 30–50 cm long and 2–3 cm broad, arranged in two rows. The leaves are produced in the autumn or early spring in warm climates depending on the onset of rain and eventually die down by late spring. The bulb is then dormant until late summer. The plant is not frost-tolerant, nor does it do well in tropical environments since they require a dry resting period between leaf growth and flower spike production.
The large clusters of scented, trumpet-shaped pink or white flowers are carried on a long purplish-red and green stem appearing 50cm above the soil.  Up to twelve flowers are produced from the flowering stem.  These flowers are 10cm long and apically flare open about 8cm.  Protruding from each flower is a long upturned style amongst a group of large curved anthers.  The anthers are black and shiny at first but split open to reveal masses of sticky white pollen.  The inflorescence tends to face the direction that receives the most sun.  Although most flowers are pale pink, white and dark pink forms occur.
The strap-like leaves are deciduous and are produced after flowering, remaining green throughout the winter, producing starch, which is stored in the bulb.  In summer the leaves die back and the bulb becomes fully dormant. The belladonna lily's specific flowering time is late summer, July and August (February and March in South Africa).  The phenomenon of flowering before the leaves appear is known as hysteranthy.
Plants tend to be very localized in dense concentrations due to the seeds being of large size and heavyweight. Strong winds shake loose the seeds, which fall to the ground and immediately start to germinate, aided by the first winter rains. 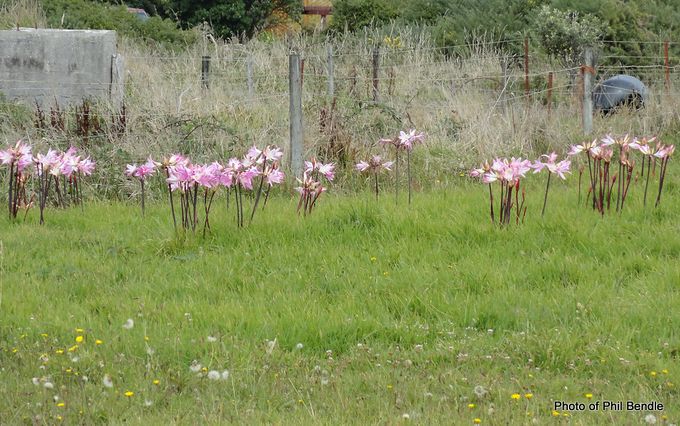 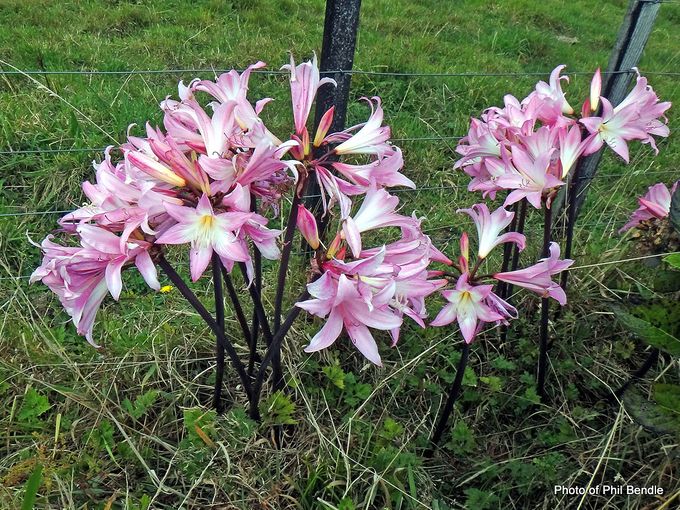 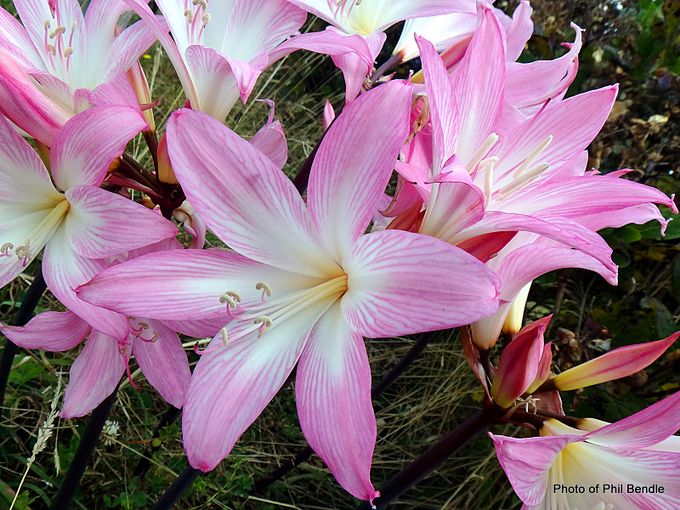 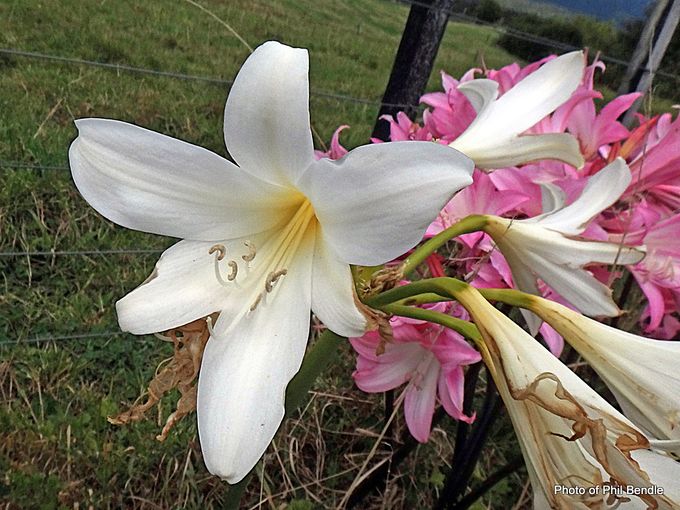 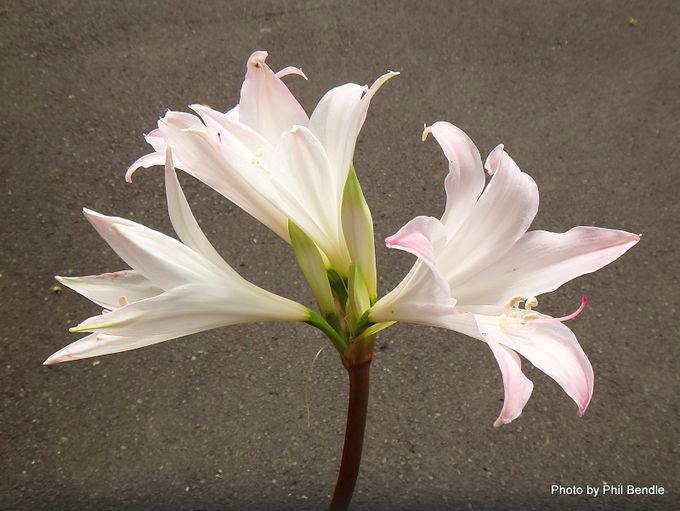