Ammophila arenaria is a species of grass that is native to the coastlines of Europe and North Africa where it grows in the sands of beach dunes. It is now established in New Zealand where it has been widely planted for the purpose of sand stabilisation.
Though not classed as a pest plant it has adverse effects on natural coastal systems. Its ability to accumulate sand effectively means that it gives rise to higher, steeper dunes than native dune vegetation. Due to the changes, it has caused in dune profiles it now outcompetes the native Spinifex sericeus (Spinifex) and Ficinia spiralis (Pingao). It has also caused the native coastal shrub Coprosma acerosa to decline over large parts of its original range. Ammophila arenaria is useful in stabilising inland dunes on productive land. It is spread mainly by rhizomes and the occasional seed.
Ammophila arenaria is a perennial grass forming stiff, hardy, glaucous-grey clumps of erect stems up to 1.2 metres in height. It grows from a network of thick rhizomes which give it a sturdy anchor in its sand substrate and allow it to spread outward. These rhizomes can grow laterally by 2 metres in six months. One clump can produce 100 new shoots annually. The rhizomes tolerate submersion in sea water and can break off and float in the currents to establish the grass at new sites. The leaf blades are tightly rolled and appear cylindrical. They are up to 1 metre long and sharply pointed.
The inflorescence is cylindrical and is up to 30 centimetres long. 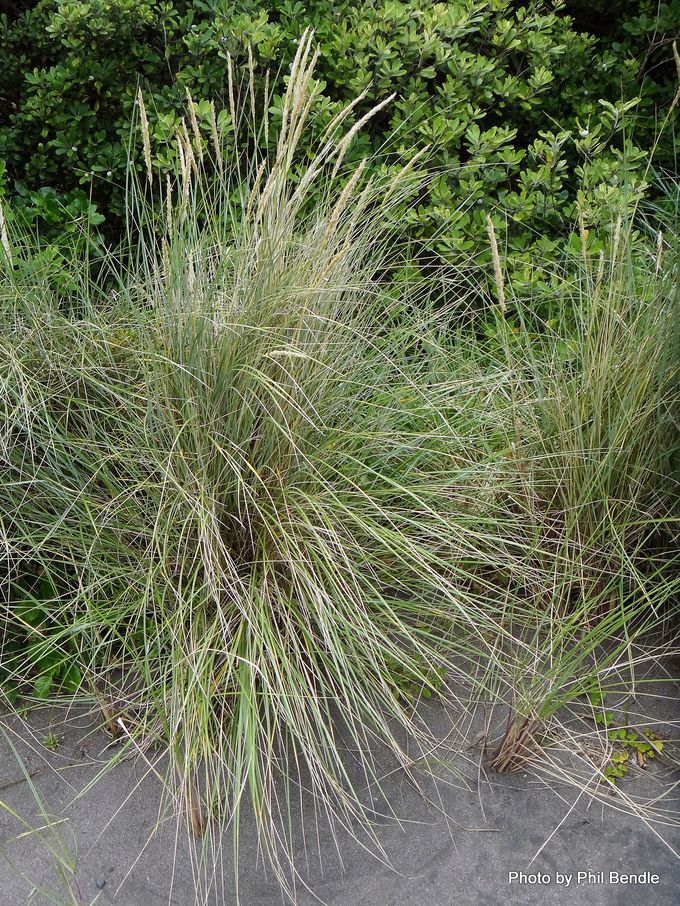 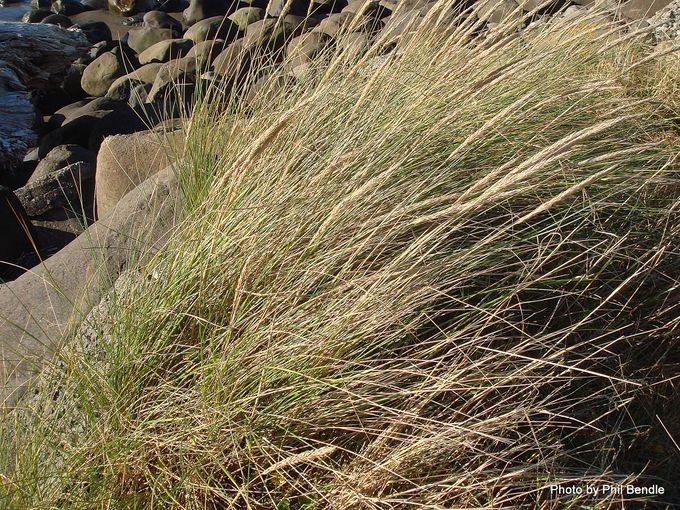 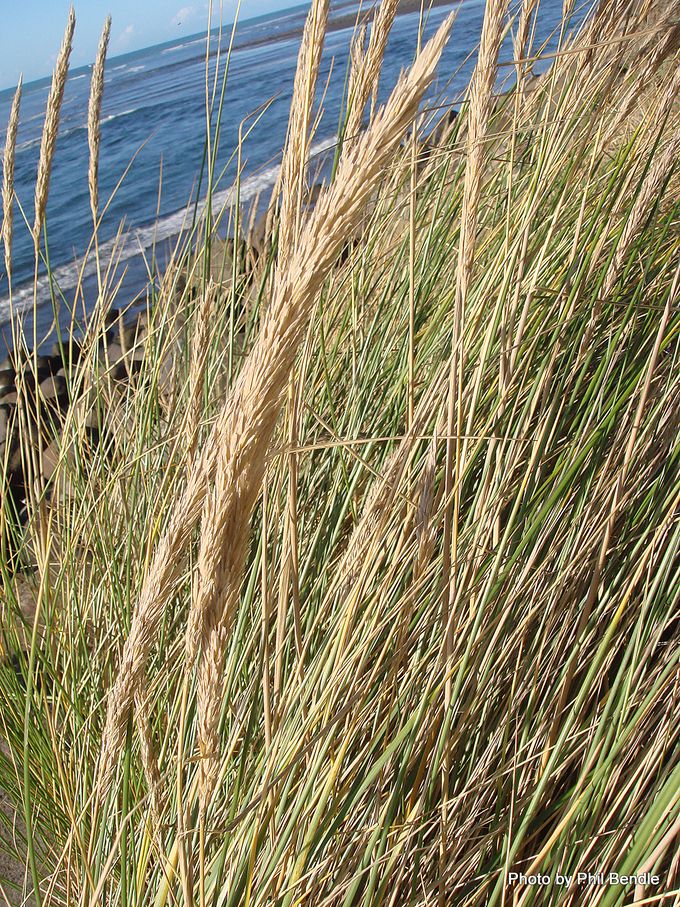 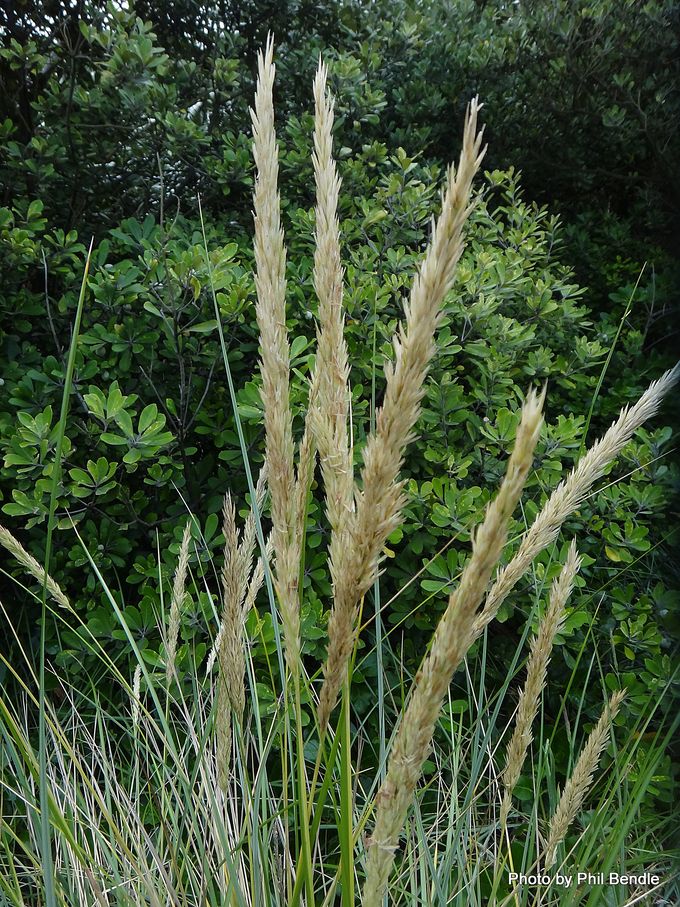 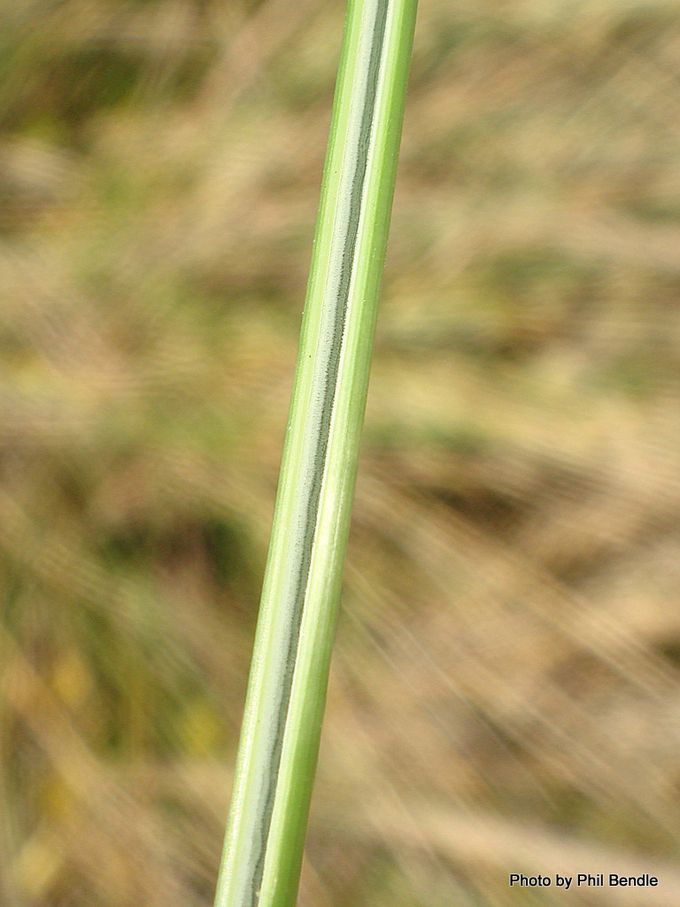 The other side of the above leaf blade. 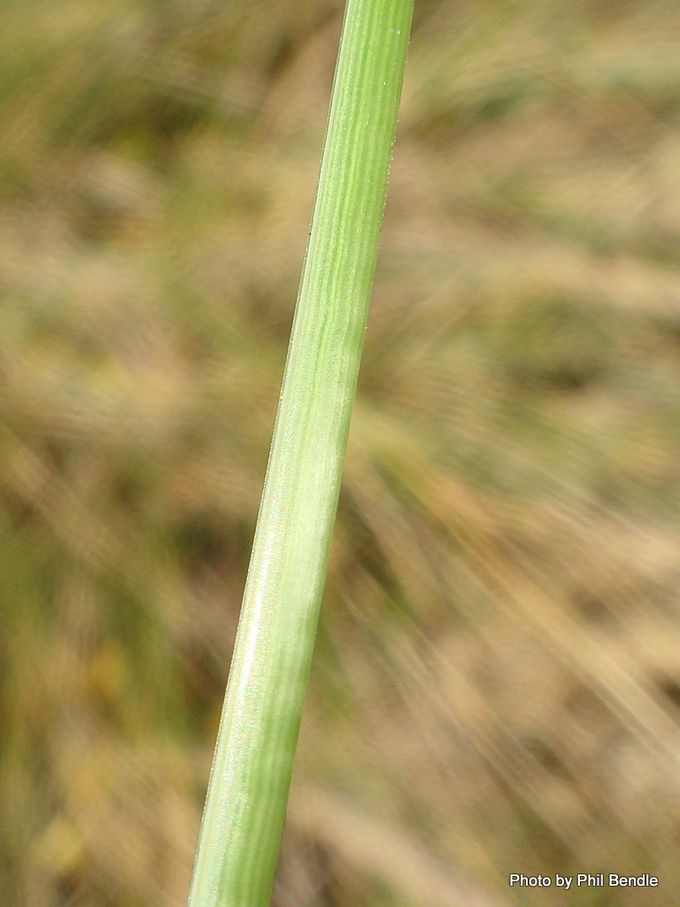 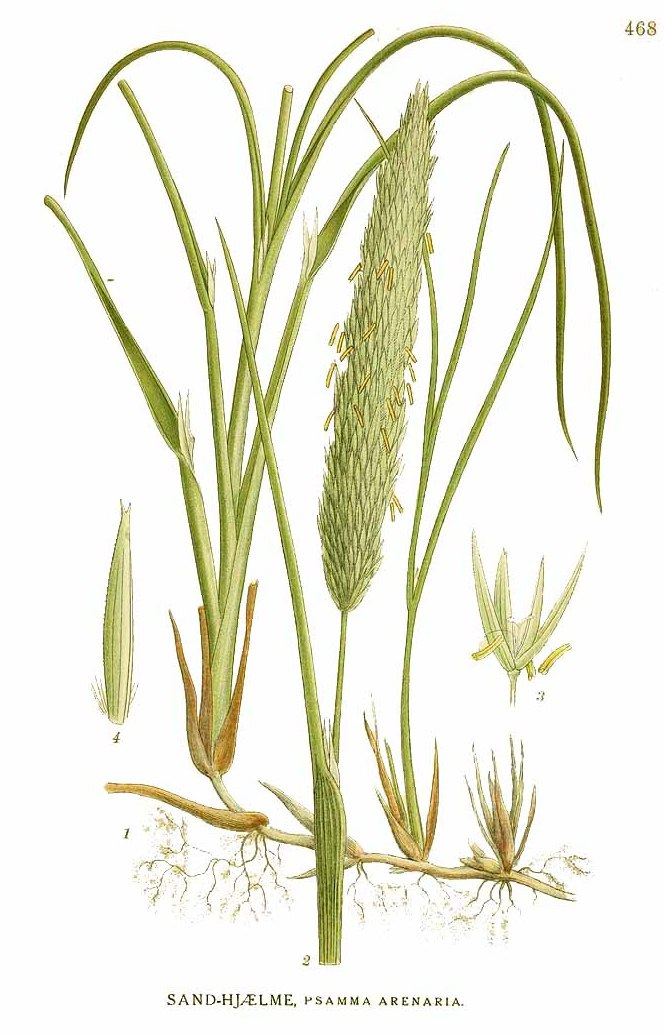