Anemanthele is a monotypic genus of grass indigenous to New Zealand. Its only species is Anemanthele lessoniana. This is a naturally rare declining grass in the wild but it is now widely cultivated for use as an ornamental garden plant. It is endemic to the North Island, North Auckland, Waikato and the southern third of the island. South Island from Nelson and Marlborough south mainly in the east from sea level to montane forest, forest margins, scrub and on cliff faces and associated talus. It is endemic to both the North and South Islands of New Zealand but mainly on the eastern side South to Otago. It also occurs as a cultivation escape in some places.
It has an arching habit and thrives in sun or shade and the green foliage turns a coppery ginger colour in autumn and holding that colour well into winter (especially in drier soils and full sun). It freely self-seeds and grows to a 1m height and a 1m spread. Rose red, airy flower stems appear in summer.

Gossamer grass growing next to the walkway near Spencer Place. 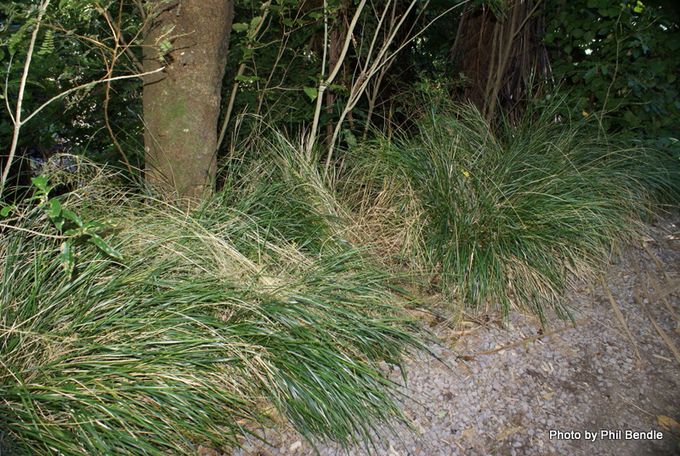 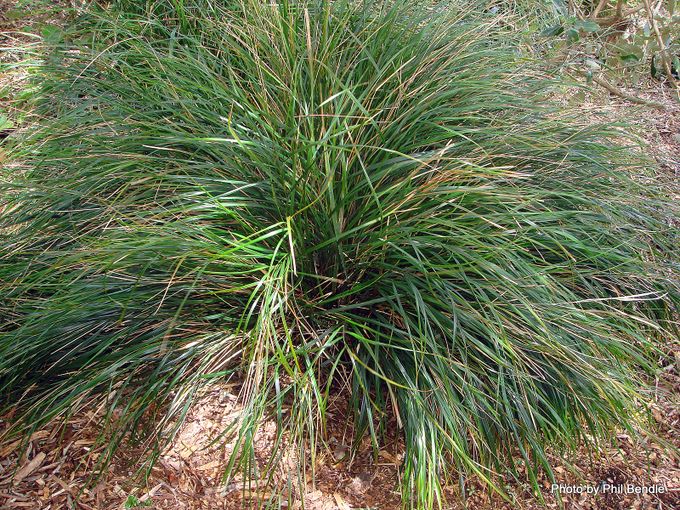 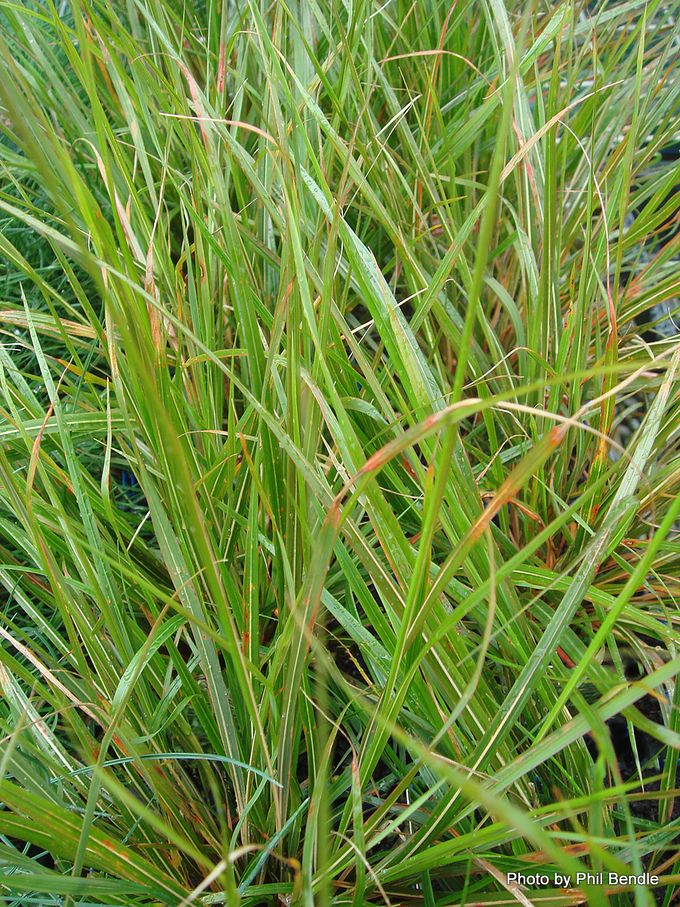 Close up of a leaf. 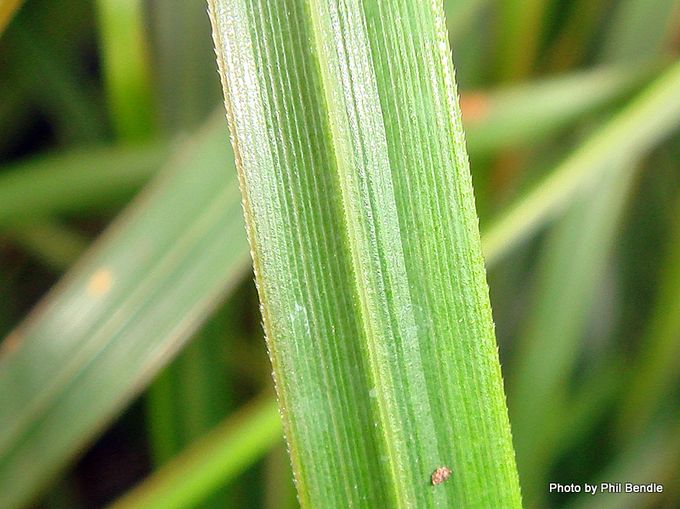