The information below is from Landcare Research
The genus Nylanderia contains 133 known species and subspecies (LaPolla, J. S.; Brady, S. G.; Shattuck, S. O. 2010). The genus is a common, though an often inconspicuous element of the ant faunas of almost all continental areas habitable by ants' (Trager 1984). Australia has 10 described species and subspecies and they occur in Melanesia, New Caledonia and several Pacific countries. There are several species (~3) of Nylanderia currently in New Zealand; scientists are currently working on diagnostic features to identify these species. The first records in collections in New Zealand are from Auckland, and date from the early 1940s.

Nylanderia spp. is active throughout the day and workers of Nylanderia species tend plant-sucking insects such as aphids.  (see photo below)

Because this species can be very abundant in gardens, it is considered a nuisance. Trails of foragers can be seen going up into trees and shrubs, and the tending of scales may have minor consequences for horticultural crops. It seems this species does not commonly enter buildings in search of food. 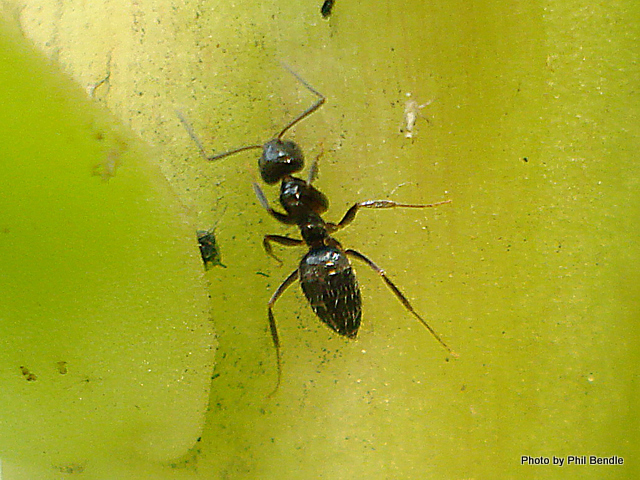 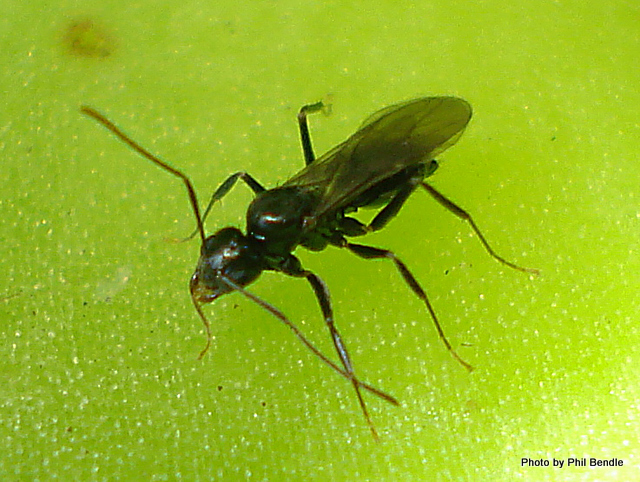 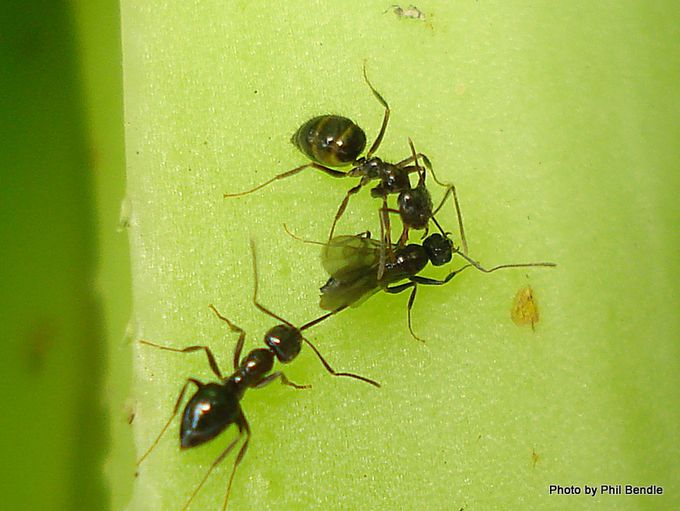 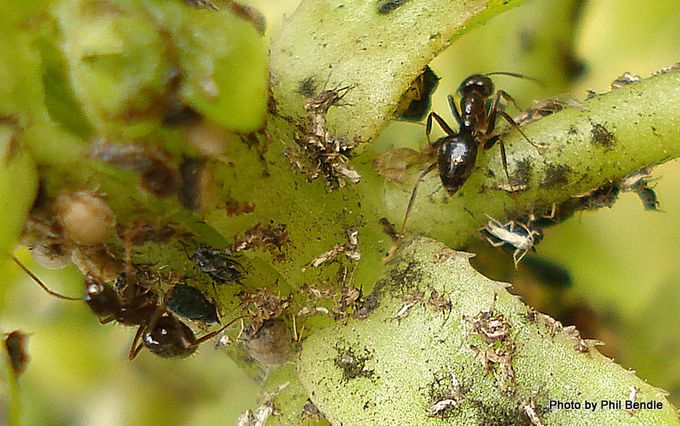