Technomyrmex jocosus is a common which can be found nesting in dry sites off the ground outdoors (e. g. in rotten wood, under loose bark on trees), in wall cavities of buildings and in soil under stones. They are general scavengers and form long foraging trails which often enter houses in search of food and water. First described from Sulawesi, Indonesia, Technomyrmex albipes has spread to Japan, Australia, Asia, New Zealand, Polynesia, Africa, London, Hawaii, British West Indies, Canada and the USA. The first record for New Zealand appears to be a single male collected in Nelson in 1921. This species was misidentified by Brown (1958a) as Technomyrmex albipes. In a worldwide revision of the genus, Bolton (2007) discovered that the New Zealand specimens were not T. albipes but T. jocosus (an Australian species). Subsequent checking of specimens in NZAC and other samples from around the country has only identified T. jocosus as being present in New Zealand.

It has become well established throughout New Zealand though found outdoors in the north of New Zealand it appears to be mainly restricted to indoors. This genus has been intercepted at ports on many occasions, particularly in association with cut flowers.

The ant worker has a body which is black or dark brown and its legs pale. It has a length of 3.0 to 3.4 mm and its antennae has12 segments. The mandibles have 7–10 large teeth and 2–15 denticles (tooth-like projection). The front margin of the clypeus (the lower margin of the face) has a broad, shallow concavity in the middle, or has a distinct central notch. Workers can be recognised by their habit of raising the abdomen while in motion. 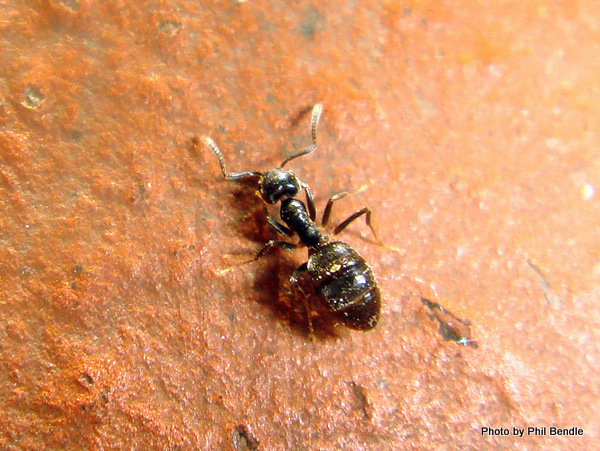 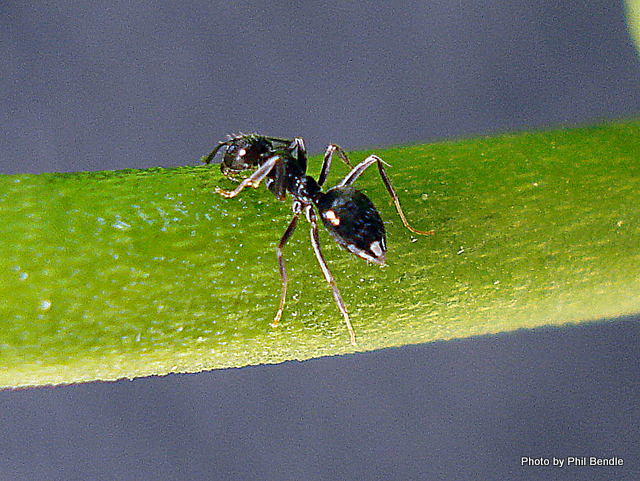 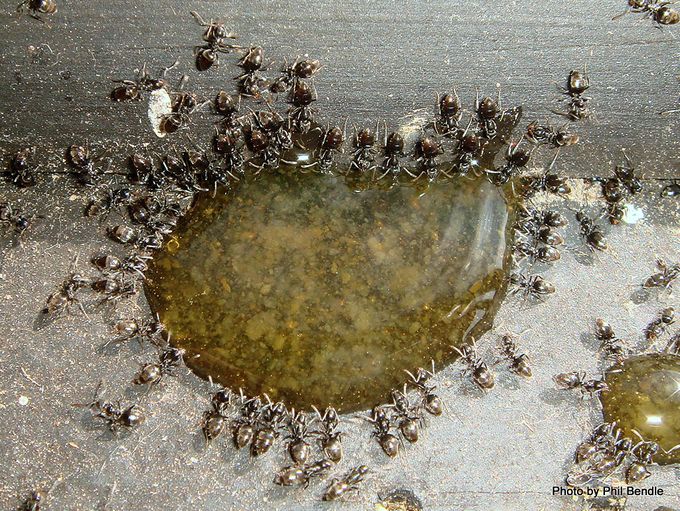