Anthemis cotula is a flowering annual plant with a noticeable and strong odour. The odour is often considered unpleasant, and it is from this that it gains the common epithet "stinking". It is initially native to Europe and North Africa. It has successfully migrated to Australia and New Zealand where it can be found growing on wasteground, alongside roads, and in fields. Anthemis cotula is considered a weed due to its propensity for invading cultivated areas.
The "stinking chamomile" Anthemis cotula is so-named for its resemblance to the true chamomile plant, Anthemis nobilis; both have branching upright stems each topped by a single large flower head, although the "stinking chamomile" is distinguished by lacking the membraneous scales underneath the flowers of the true chamomile, as well as by its characteristic strong odor. The leaves of Anthemis cotula have a similar appearance to those of the fennel plant (Foeniculum vulgare), from which the name "Dog's Fennel" is derived. Anthemis cotula is an annual glandular plant with a harsh taste and an acrid smell. Its height varies from 30 centimetres to 50 centimetres.

The leaves of the plant sometimes have very fine and soft hairs on the upper surface, although the plant is mostly hairless. There is no leaf stalk. leaves grow immediately from the stems. The leaves are pinnate in shape, with many extremely thin lobes, and can be around 2.5 to 5 centimetres long.

Each stem is topped by a single flower head which is usually around 2.34 centimetres in diameter. The flower head is encompassed by between 10 and 21 white ray florets, each with a three-toothed shape; the florets tend to curve downwards around the edges and may occasionally have pistils, although these do not produce fruit. Beneath the flower proper, oval bracts of the plant form an involucre, with soft hairs on each; further bracts are bristled and sit at right angles to the flowers.
The fruits are achenes (with no pappus). They are wrinkled, ribbed with ten ridges, and have small glandular bumps across the surface. 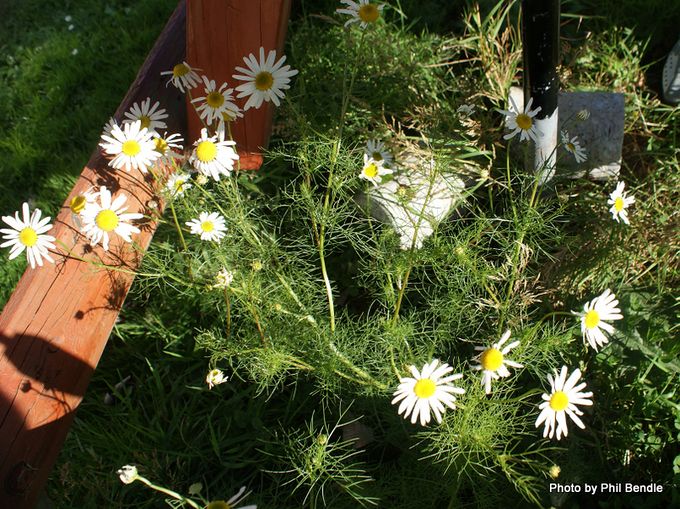 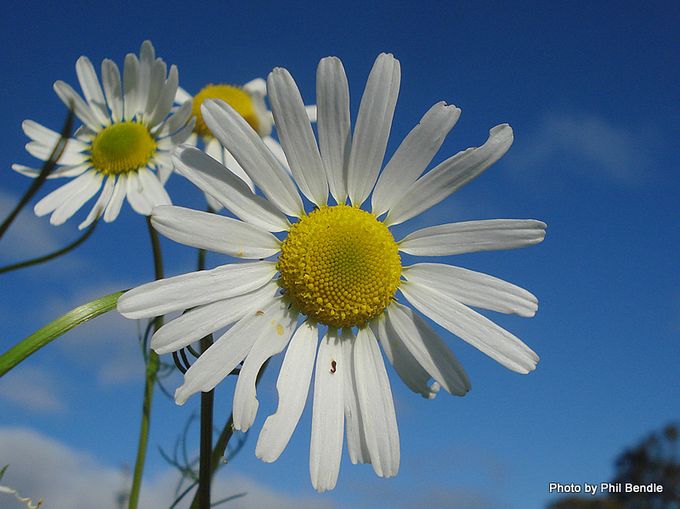 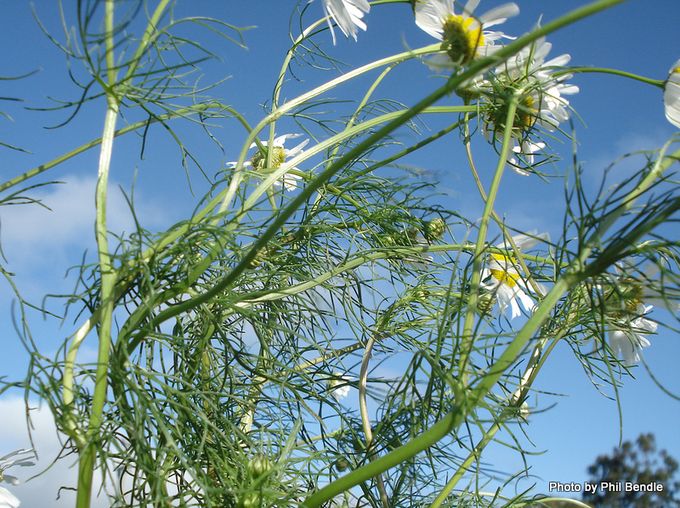