Anthemis nobilis is a low perennial plant imported from Europe and now can be found in dry fields and gardens and waste areas. It has daisy-like white yellow centred flowers. The solitary, terminal flower heads, on stalks above the plant, consist of prominent yellow disk flowers and silver-white ray flowers. The flowering time is during summer and its fragrance is sweet, crisp, fruity and herbaceous.

The stem is procumbent, the leaves alternate, bipinnate, finely dissected, and downy to glabrous.
Chamomile is used cosmetically, primarily to make a rinse for blonde hair, and is popular in aromatherapy, whose practitioners believe it to be a calming agent to end stress and aid in sleep. Chamomile is considered to be an antiseptic, antibiotic, disinfectant, bactericidal & vermifuge. 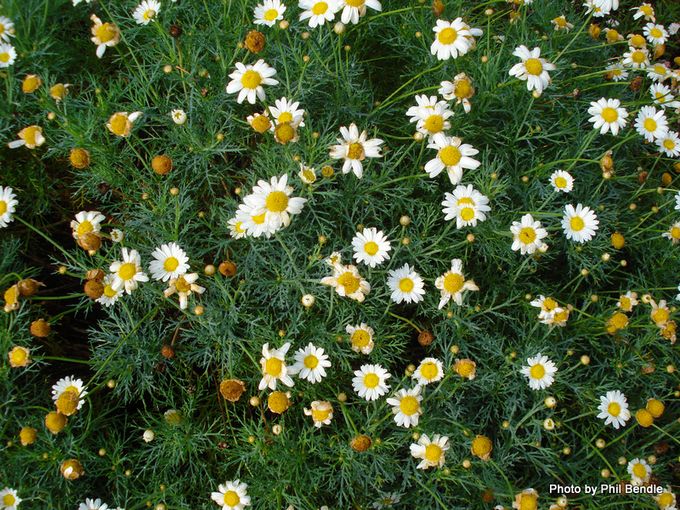 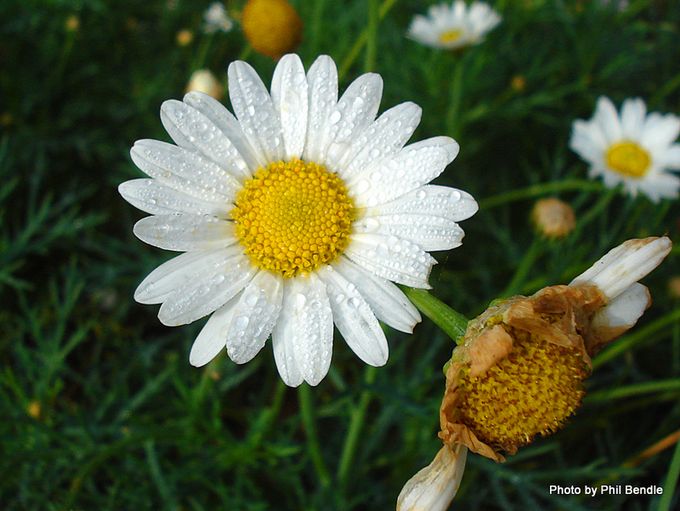