Anthemis tinctoria (Cota tinctoria) is an irregular or sprawling, upright or erect Eurasian perennial herb native to the Mediterranean. In New Zealand, it is found in sunny wastelands and roadsides, usually in dry places and low altitudes, and it is also cultivated for its flowers which are produced during summer. The flower heads are >9 mm across and are generally all yellow. The flowers are hermaphrodites (have both male and female organs) and are pollinated by bees, Lepidoptera, flies, beetles and by its self.
The leaves are very finely cut and fern-like.
The flowers were once the source of a yellow dye, hence the species name tinctoria. 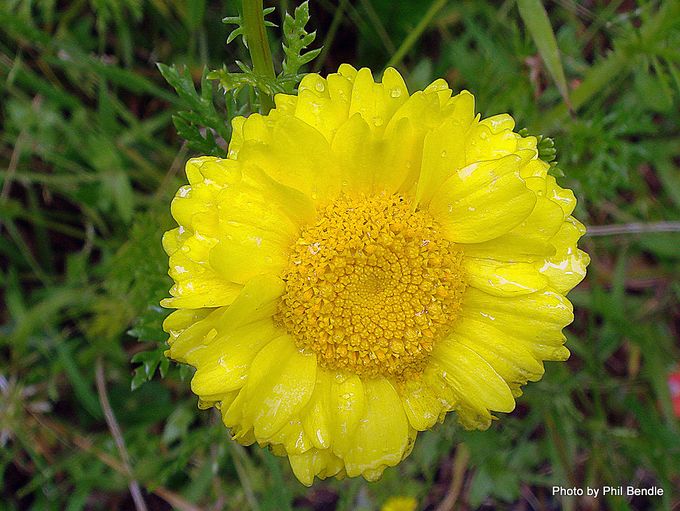 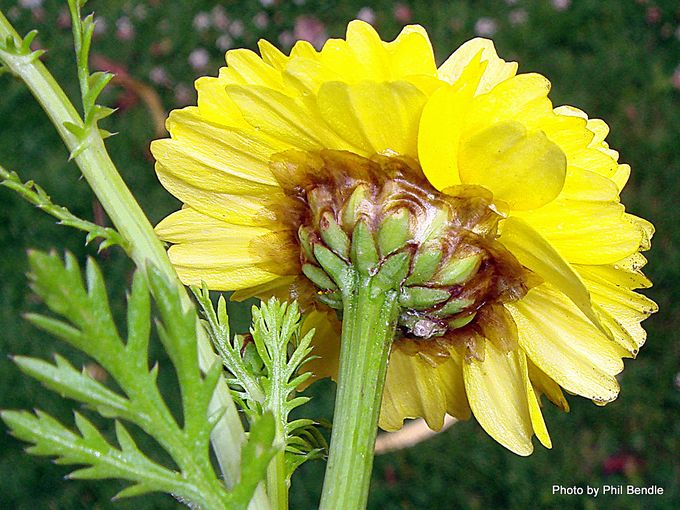 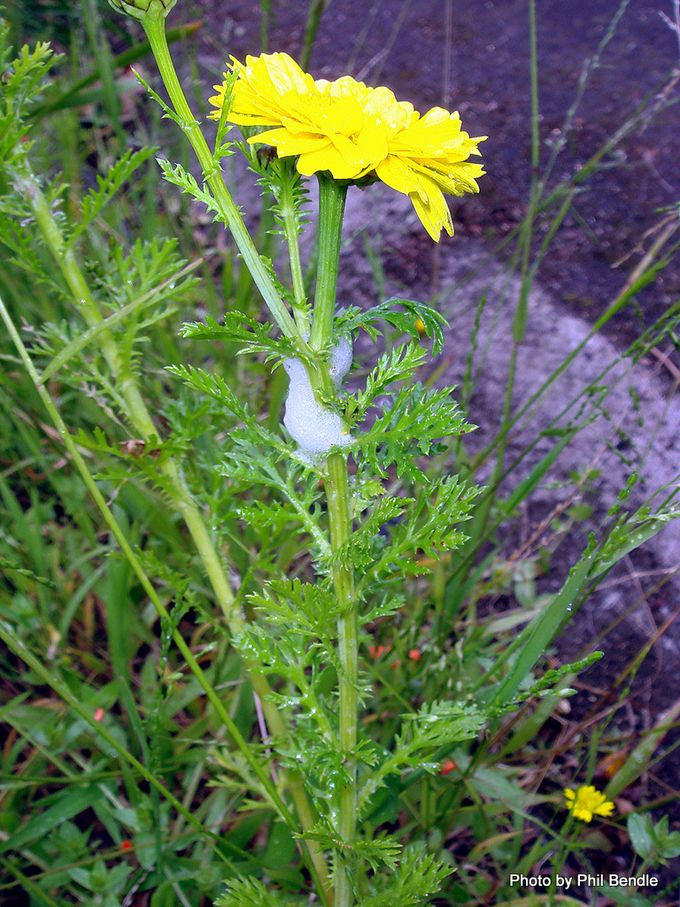 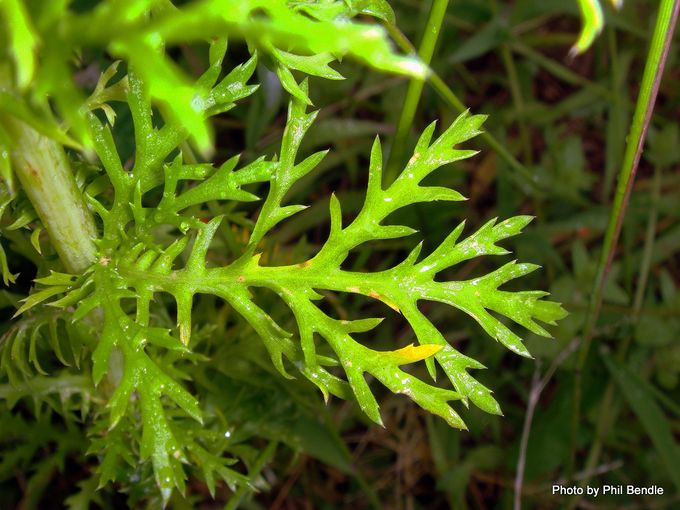