Apodasmia similis is an important plant for our native fish because it provides good inanga (whitebait) spawning habitat.
The Maori name Oioi means  'to shake gently', which is a reference to the swaying of the stems in the wind.Apodasmia similis was used by Māori for thatching the outsides of their houses. It was by far the best of all the rushes and sedges for thatching, on account of its durability' (Colenso 1869)

This article below was published in the Titirangi Tatler, August 2012
Apodasmia similis (Oioi) and its Restiad Relatives:  Oioi, along with tuatara, might well be among the few native species that were around when dinosaurs roamed Gondwanaland.
Oioi survived then, as it does now, by not being particularly palatable. Its tough wiry stems do not seem attractive to roaming cattle, or perhaps it's the mud habitat that oioi prefers that deters herbivores including dinosaurs.
It is a rush-like plant that technically is a restiad. This southern hemisphere family of plants is found predominantly in the Cape region of South Africa (350 species), Australia (150 species), New Zealand (5 species in 3 genera), and South America (1 species).
The restiad plants are natural healers, slowly restoring the planet to what nature wants - not what man has made it. They absorb nasty minerals and filter water runoff to remove sediment. Their roots are strong and fibrous yet covered in dense, soft hairs which grow upwards to create thick sponges capable of absorbing rainwater to 15 times their dry weight. This facility gives them the ability to create raised bogs that don't dry out in summer and, over centuries, the decaying matter forms peat to depths of several metres.
Botanical research has changed the status of the three genera of native restiads in recent years. While the changes are difficult to keep up with, they do reflect a better knowledge of our flora by scientists, and it is enlightening to the rest of us when we understand the reasons. It is not recent evolution, but modern scientific DNA studies now reveal there should be two distinct species within each genus of Sporadanthus and Empodisma.
Both species of Empodisma are quite secure within their habitats, although greatly reduced through drainage of wetlands. The northern form has yet to be officially named.
Unfortunately, the two Sporadanthus species are both restricted in range and threatened with extinction if recovery efforts fail. The northern form, Sporadanthus ferrugineus, is now confined to three small areas of the Waikato where habitat loss through drainage, peat extraction, fire, grazing and other threats all combine to give great concern for its long-term survival. The other species, Sporadanthus traversii, is confined to the Chatham Islands and is also at risk from the same threats.
Oioi has been transferred from the genus Leptocarpus into Apodasmia which better reflects the relationships between species in the genera.
Of all these ancient survivors, oioi appears to be safest in its estuarine habitats around our coastline. The salt-tolerant, tightly spreading rhizomes create a strong hold on the soil. The closely-set stems (culms) provide an efficient filtering system which traps sediment, building up the land and resisting tidal erosion. It is a familiar sight as you drive across our motorways alongside estuaries lined with the blue-grey-orange foliage of oioi. From the air the colonizing clumps of Apodasmia form ‘pikelets' as they spread across the mudflats, creating new land which in turn is colonized by shrubs and grasses.
But oioi's resilience allows it to tolerate other habitats as well as coastal sites. It is equally at home encircling hot pools in Rotorua or icy lakes in Southland. Growing to a metre tall and being relatively slow-spreading, it is ideal for home landscaping without being too vigorous. Plants are dioecious, which means the male and female flowers do not both occur on one plant. The interesting texture is achieved by the jointed stems having leaves reduced to sheaths around each joint.
Oioi, or one of its overseas relatives, will one day save the world from the effects of desertification and rising salt levels. A plant that is so versatile, and so tolerant of such a range of extreme conditions, is destined to mitigate the worst of humanity's excesses.

Photographed on the edge of Lake Bremner, South Island. 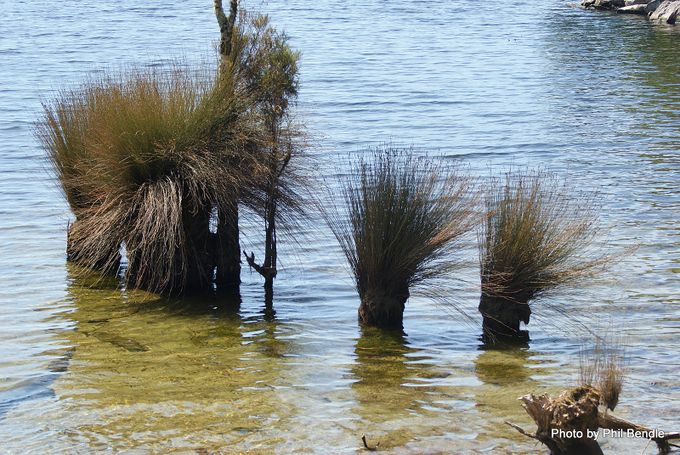 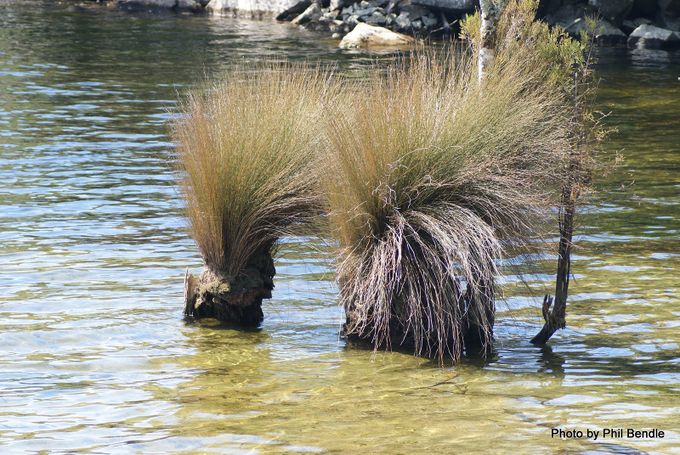 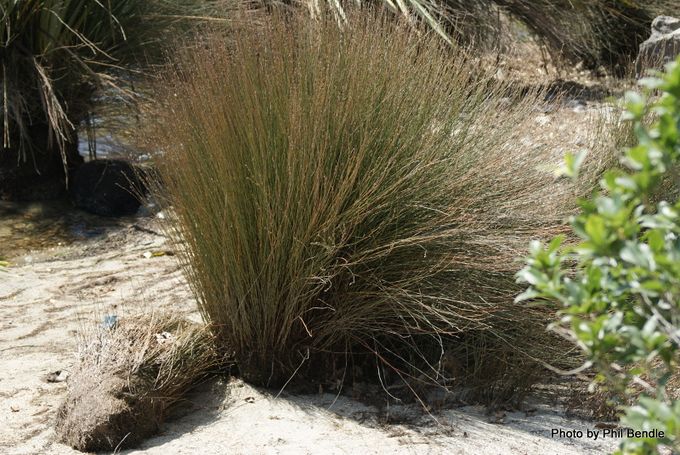 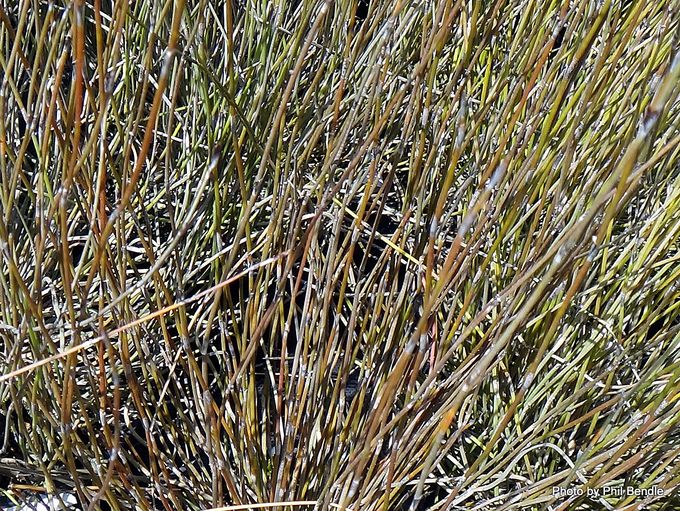 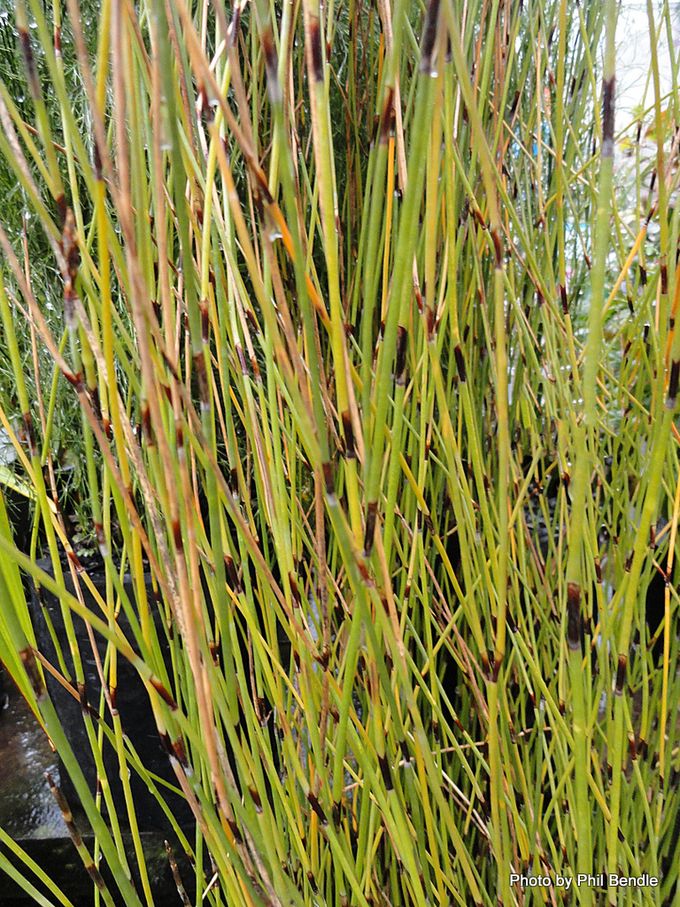