Araucaria araucana is an evergreen tree growing to 40 metres tall with a 2 metres trunk diameter. The tree is native to central and southern Chile and western Argentina. Araucaria araucana is the hardiest species in the conifer genus Araucaria. Because of the species great age it is sometimes described as a living fossil. Araucaria araucana is the national tree of Chile.
The leaves are thick, tough and scale-like, triangular, 3–4 cm long, 1–3 cm broad at the base, and with sharp edges and tip. They persist for 10–15 years or more, so cover most of the tree except for the older branches. It is usually dioecious, with the male and female cones on separate trees, though occasional individuals bear cones of both sexes. The male (pollen) cones are oblong and cucumber-shaped, 4 cm long at first, expanding to 8–12 cm long by 5–6 cm broad at pollen release. The tree is wind pollinated. The female (seed) cones, which mature in autumn about 18 months after pollination, are globose, large, 12–20 cm diameter, and hold about 200 seeds. The cones disintegrate at maturity to release the 3–4 cm long nut-like seeds.
Its seeds are edible, similar to large pine nuts, and are extensively harvested in Chile. The tree has some potential to be a food crop in other areas in the future, thriving in climates with cool oceanic summers (e. g. western Scotland) where other nut crops do not grow well. A group of six female trees with one male for pollination could yield several thousand seeds per year. Since the cones drop, harvesting is easy 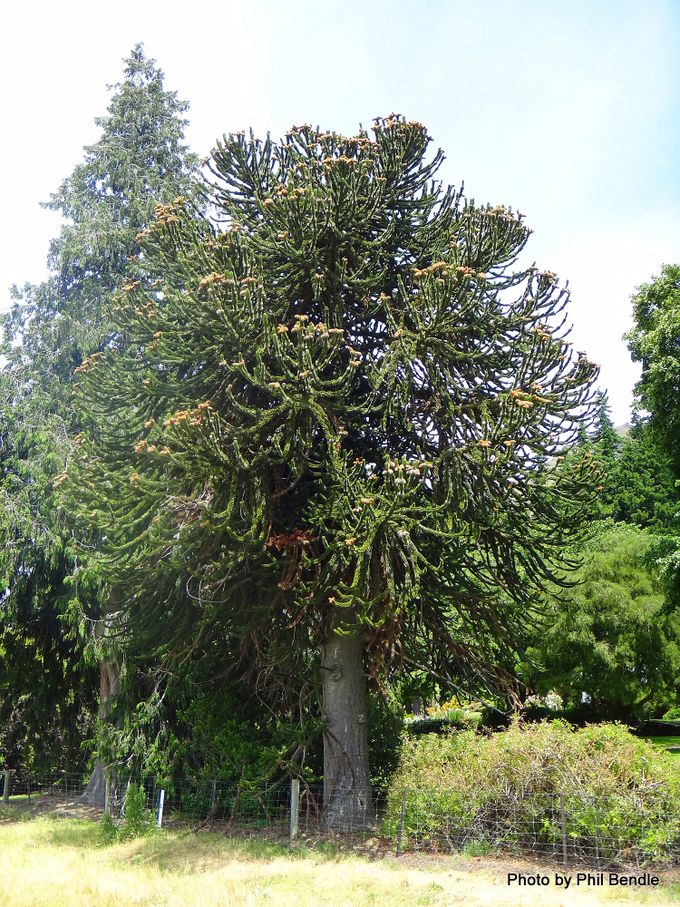 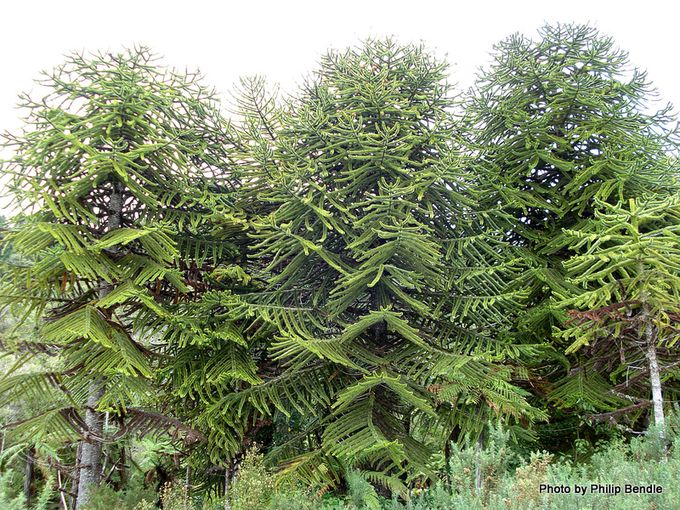 Male cone at rear, female cones in the forground 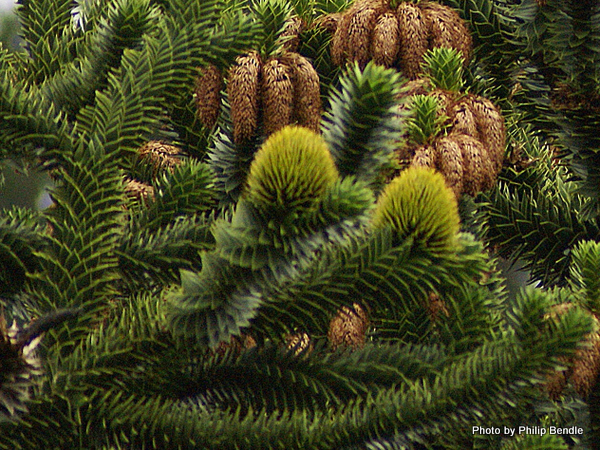 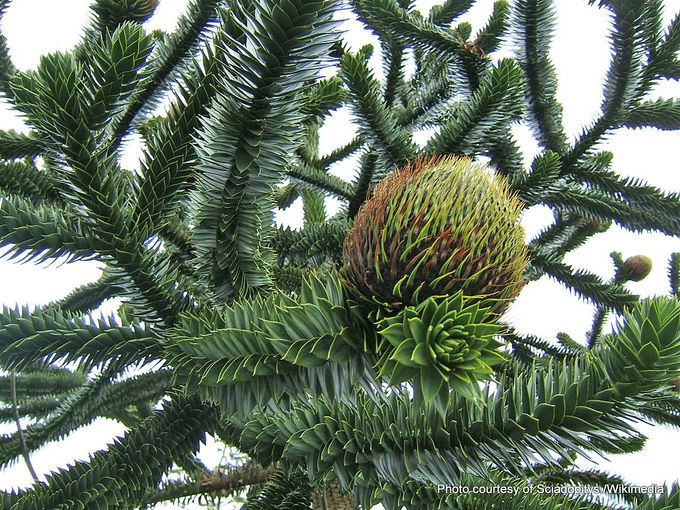 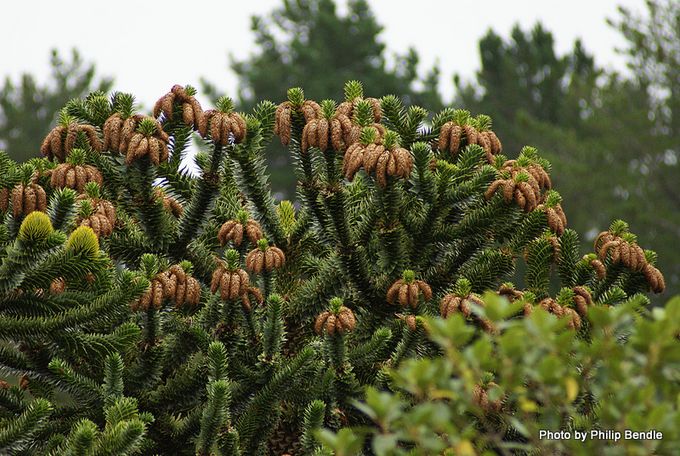 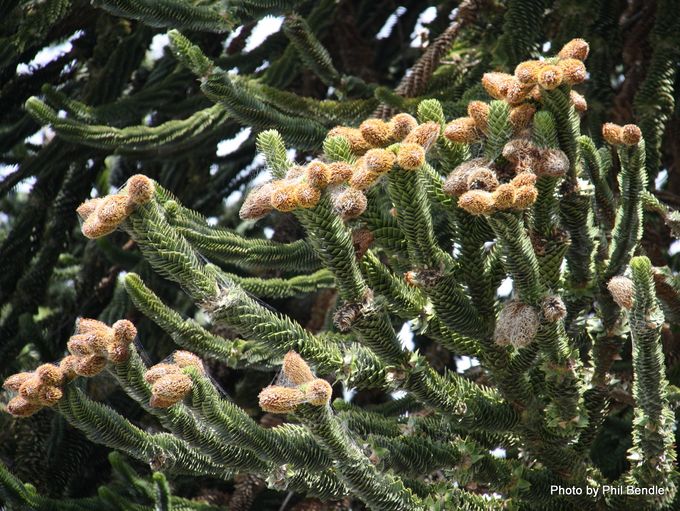 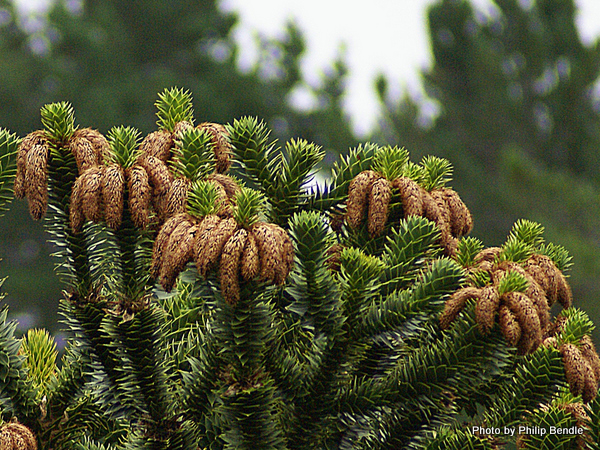 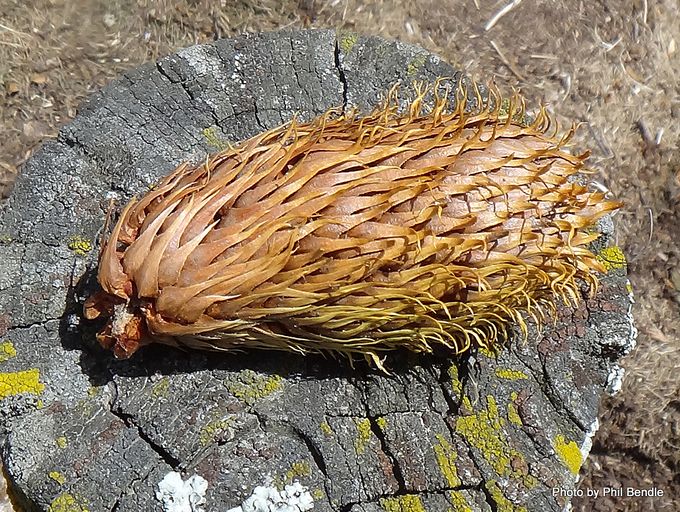 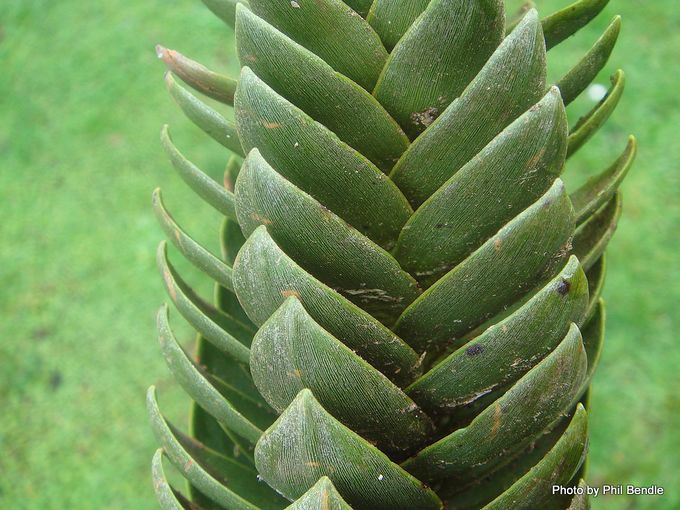