Araujia hortorum is an ornamental plant in the Asclepiadoideae subfamily. This plant is native to the North Western Iberian Peninsula in Europe. It was brought to South America and other regions of the world during the Spanish and Portuguese colonial periods. It is considered a noxious weed in many areas, including New Zealand.

It is listed in New Zealand National Pest Plant Accord List

It is a fast-growing, scrambling, twining vine growing to 6m tall and can cover a tree canopy in two or three years, competing with the tree for light, water, and nutrients. It damages trees by this competition and by twining so tightly around their branches that it girdles them and the heavy weight of fruiting vines can cause the collapse of limbs and smaller trees.

Its leaves are large, arrow-shaped, and in opposite pairs. The lance-shaped leaves are dark-green on the upper surface and whitish-green beneath.

It has clusters of small creamy white or pink flowers with five petals during December to May.

The large pear-shaped fruit is grey-green and contains hundreds of fluffy white seeds, which are easily dispersed by wind when the fruit splits open.

The vine produces a milky-white sap when damaged.

The plant is toxic to poultry, cattle and other species, including dogs. Death can occur within 24 hours in some cases, with recovery in others. Signs and symptoms of poisoning are, nervous signs, particularly a disturbed sense of balance, staggering, vomiting and abdominal pain. The sap can cause skin irritation in humans.
Visit Phil Bendle Collection:Poisonous Plants in New Zealand 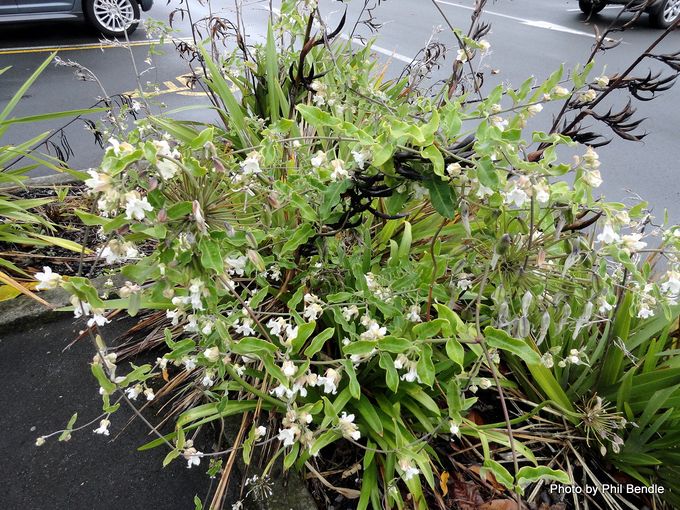 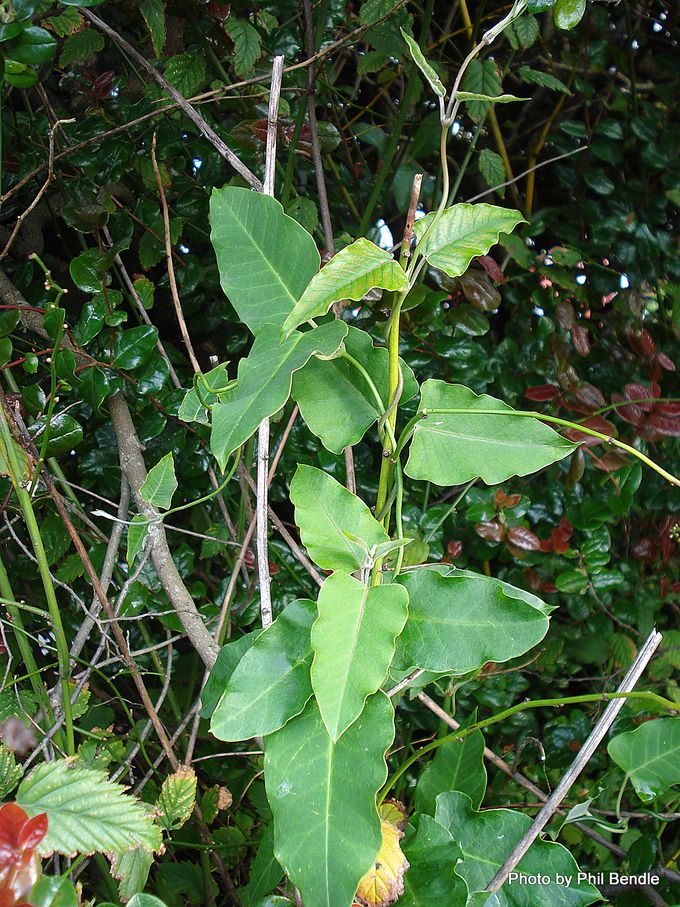 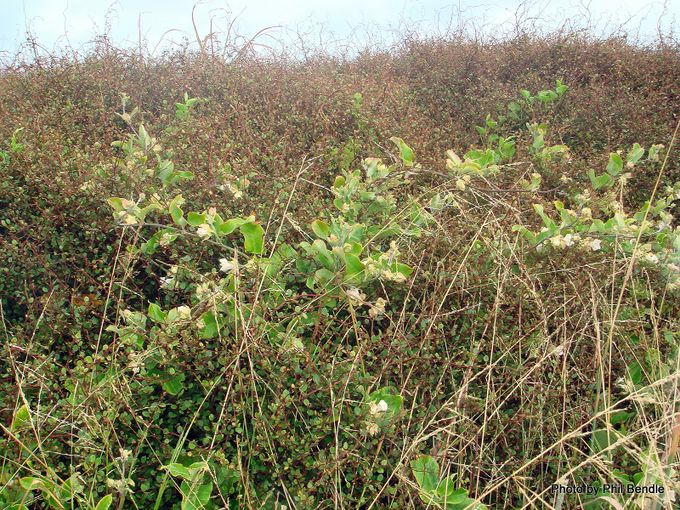 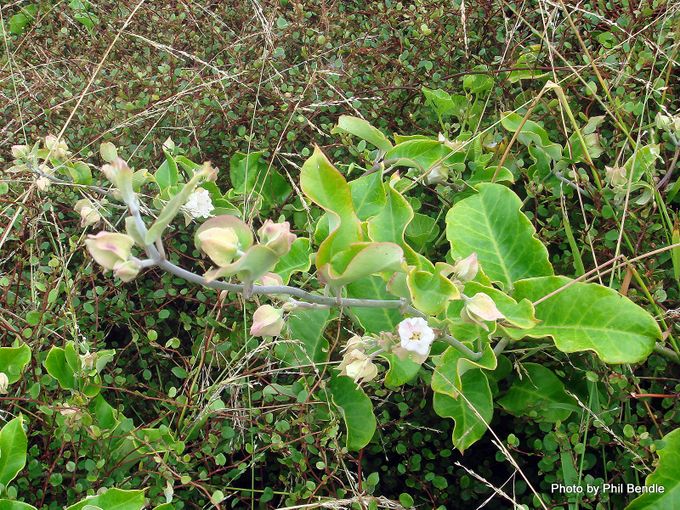 A cluster of seedlings which have sprouuted from a fallen pod. 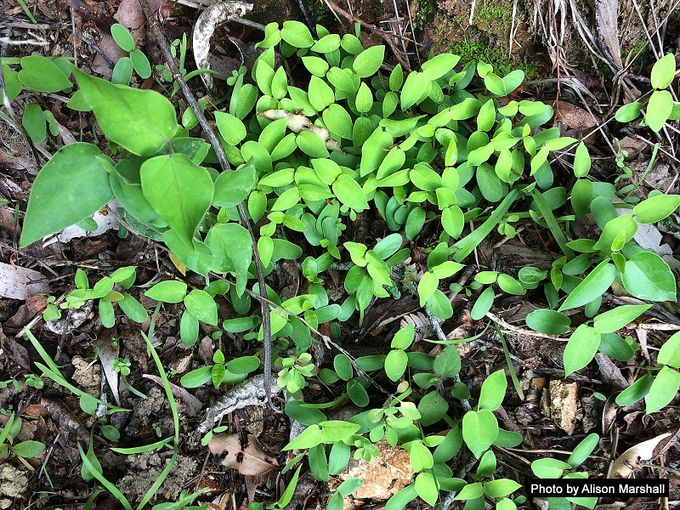 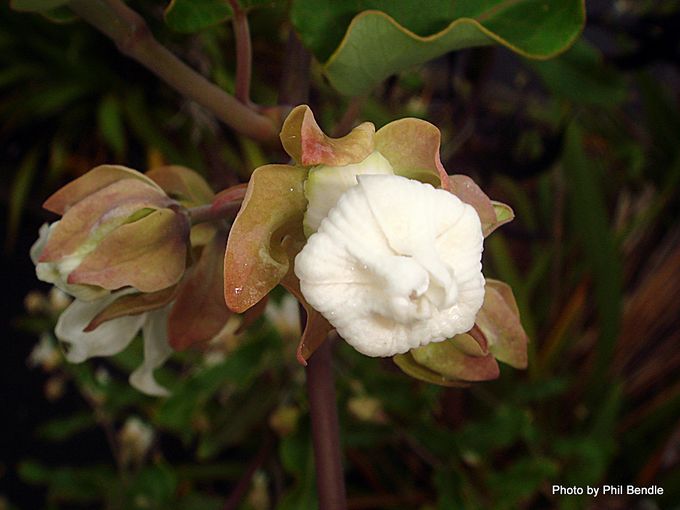 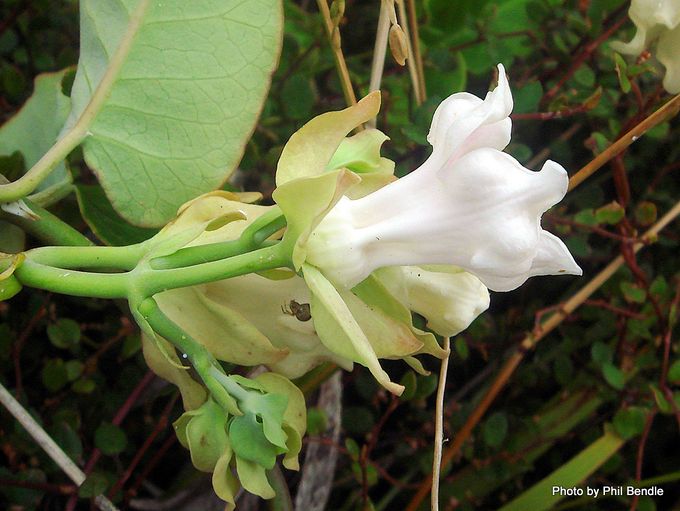 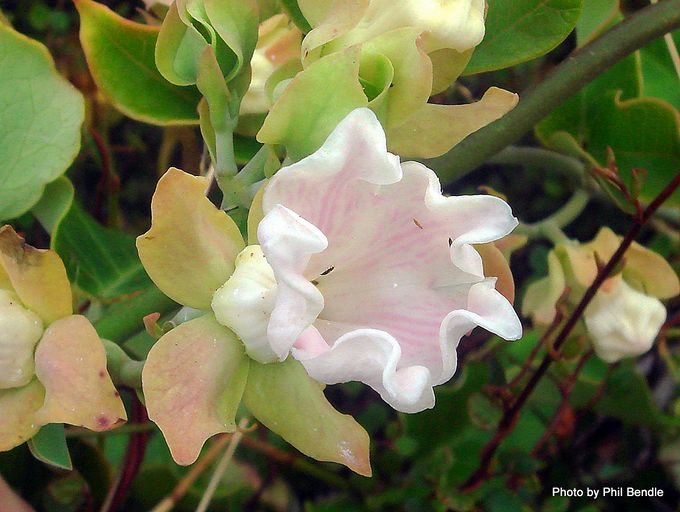 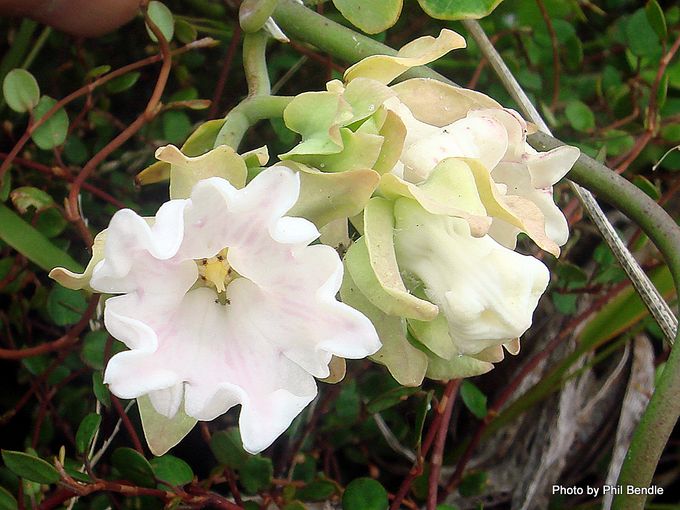 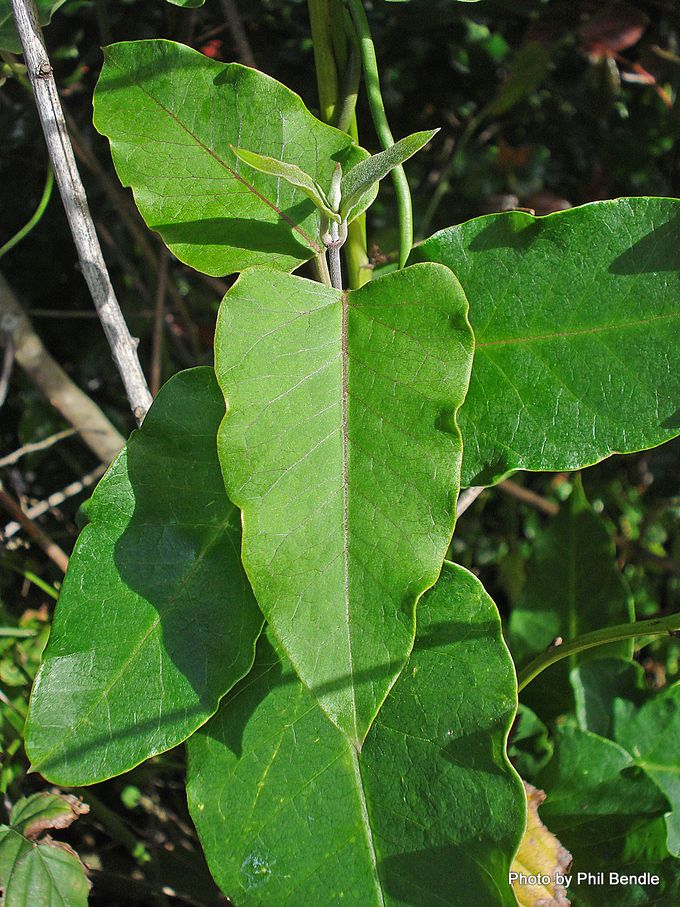 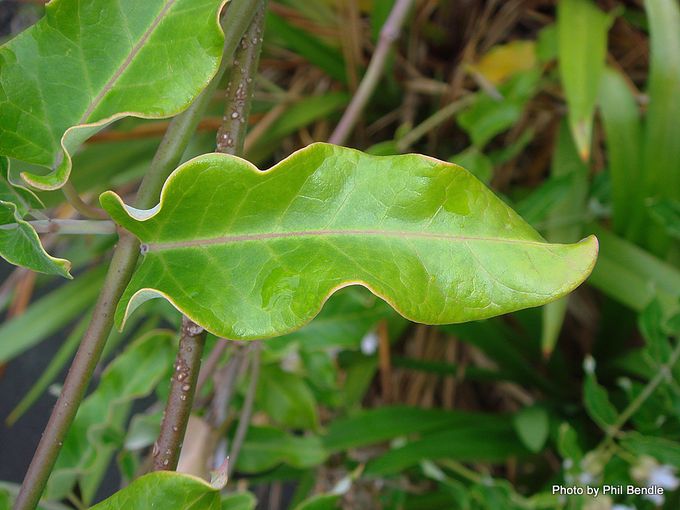 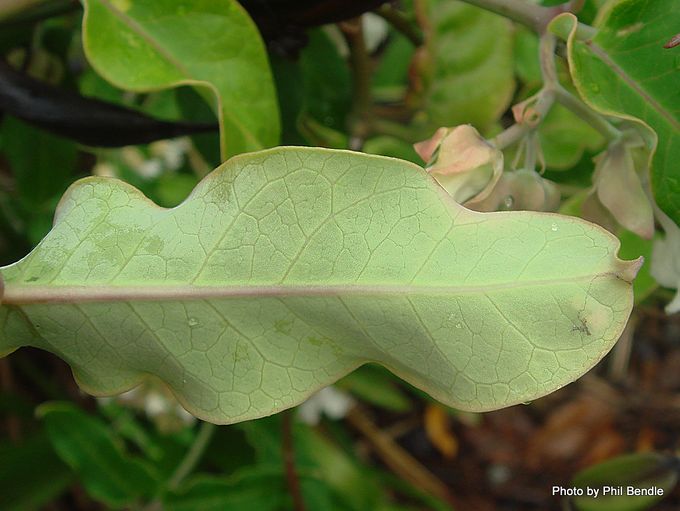 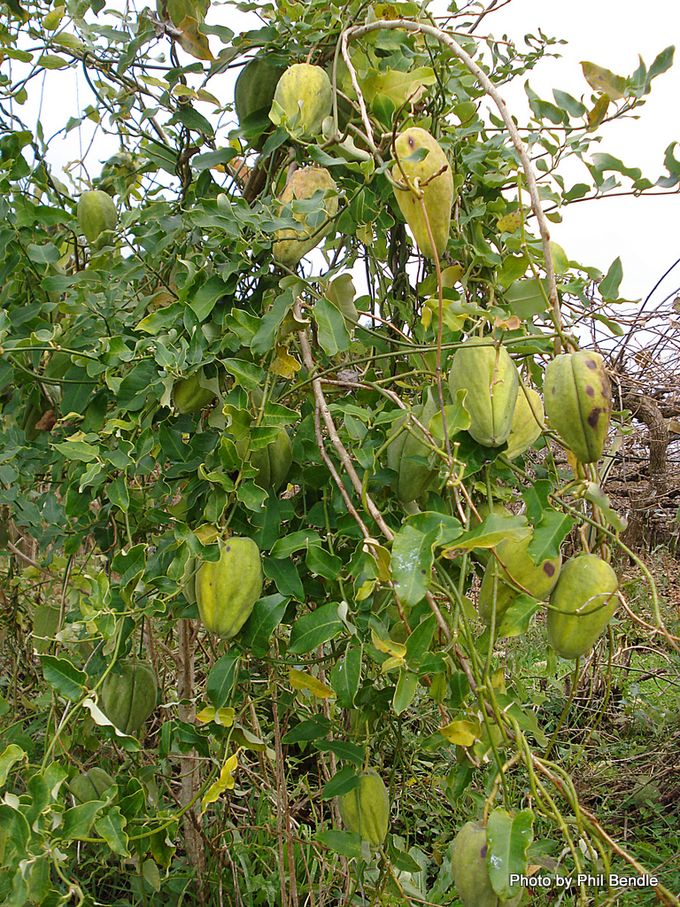 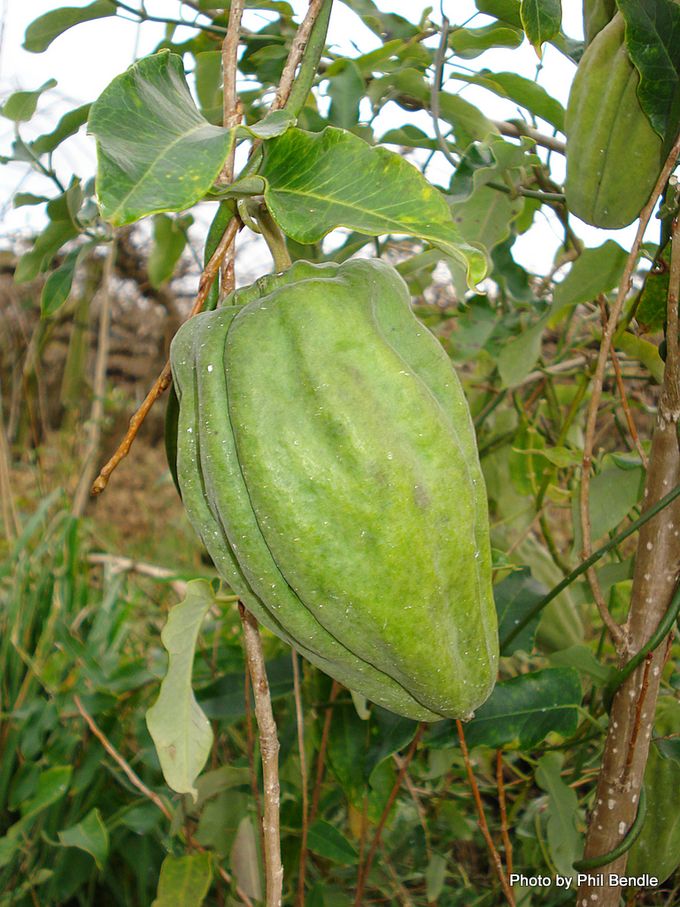 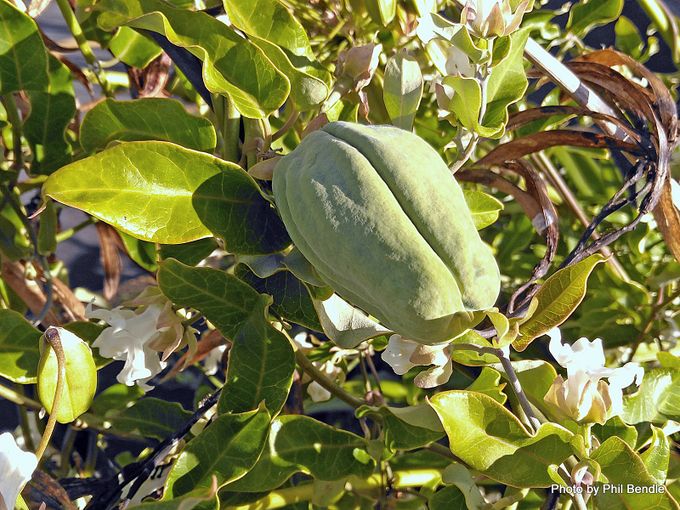 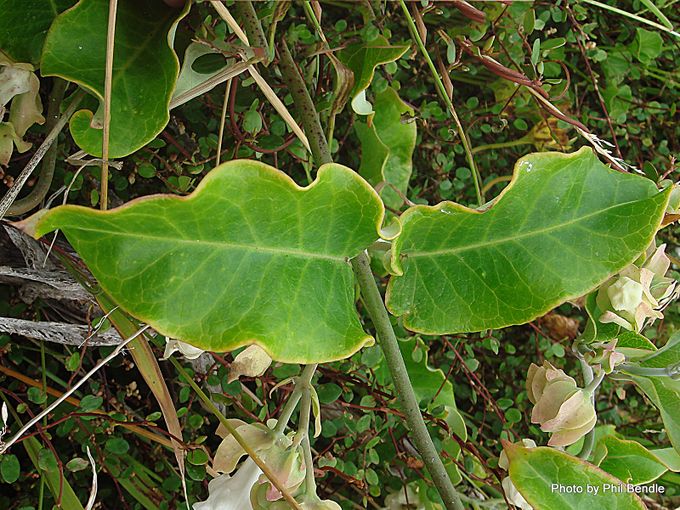 The white sticky latex that immediatley runs from a damaged part of the vine. (Toxic) 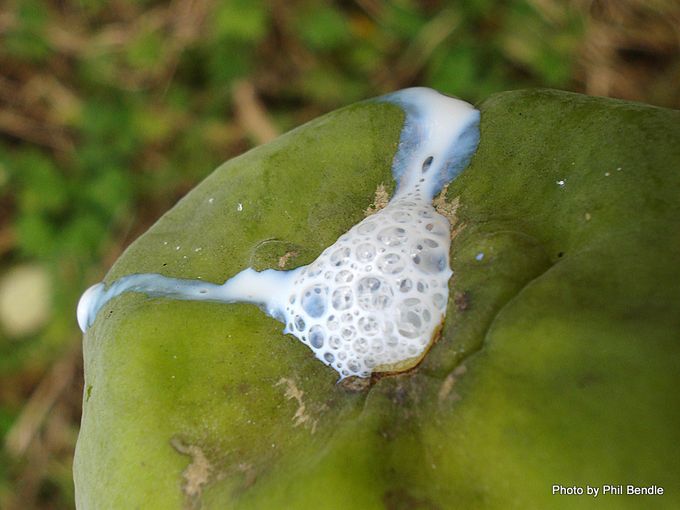 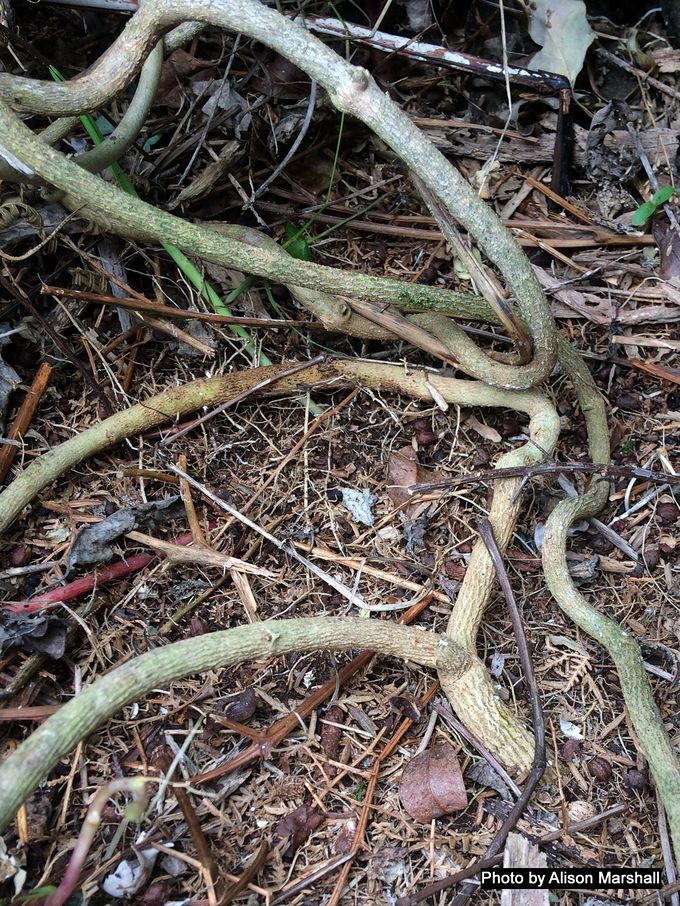