Arisarum vulgare is a herbaceous, perennial, with an underground rhizome. It is native to the Mediterranean region of southern Europe and northern Africa, east to the Caucasus, and west to the Canary Islands, the Azores and Madeira.
Arisarum vulgare is one of the smaller members of the Arum family growing to about 0.5 m in height. It can form large ground covering colonies by propagating vegetatively by tubers.

During the summer months, it is not viable above ground and exists only as an underground tuberous rhizome. In winter and early spring, the rhizome grows new leaves and a short while later a flower appears above the surrounding vegetation.

The flower is surrounded by a tubular leaf whose top part is shaped like a hood, hence the common English name 'Friar's cowl'. The flower has a curved tongue-like structure (spadix) growing out of it. The tubular leaf can vary in colour (green, purple, brown/bronze). The true flowers of the plant are attached to the spike. The female flowers are dark coloured and found at the very base of the spike and are located at one side, while the male flowers are pale yellow, lie above the female flowers and arranged around all the spike. They are pollinated by insects.
There are fewer female flowers than males flowers. The sexual parts of both sexes are hidden inside the flowers tubular spathe on the lower part of the club-shaped spadix. The female flower has a slightly swollen stigma, a short style and a spherical ovary embedded in the very base of the spadix spike.
The male flowers kidney shaped pollen sacks are attached to the spadix spike by a thick support structure. They produce pollen in large quantity.
The plants produce green round berries containing light brown seeds that have distinctive longitudinal ridges.

The green heart-shaped leaves and tubers are poisonous because they contain needle-like calcium oxalate crystals. These crystals cause an extremely unpleasant stinging sensation similar to needles being stuck into the lips, mouth and tongue if ingested. 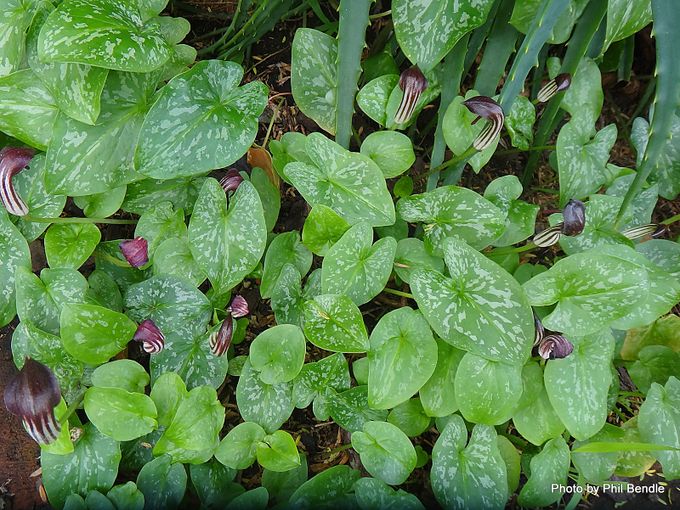 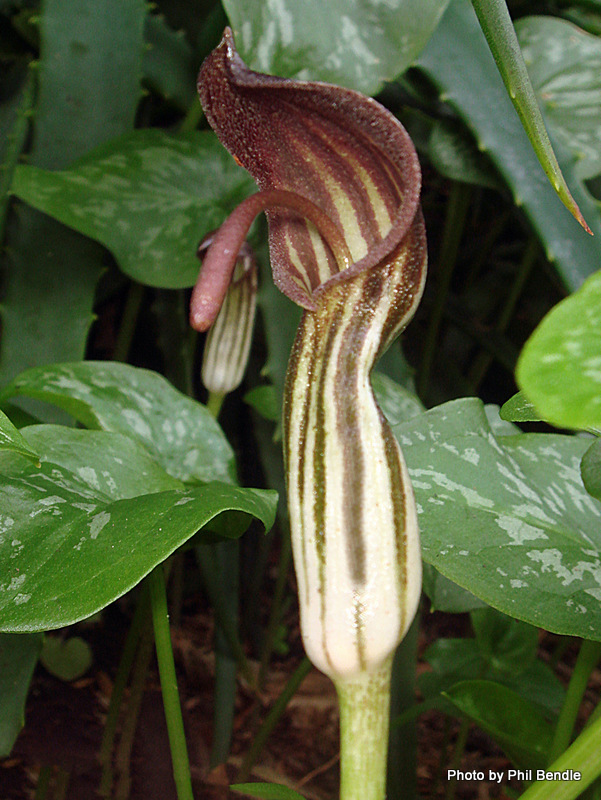 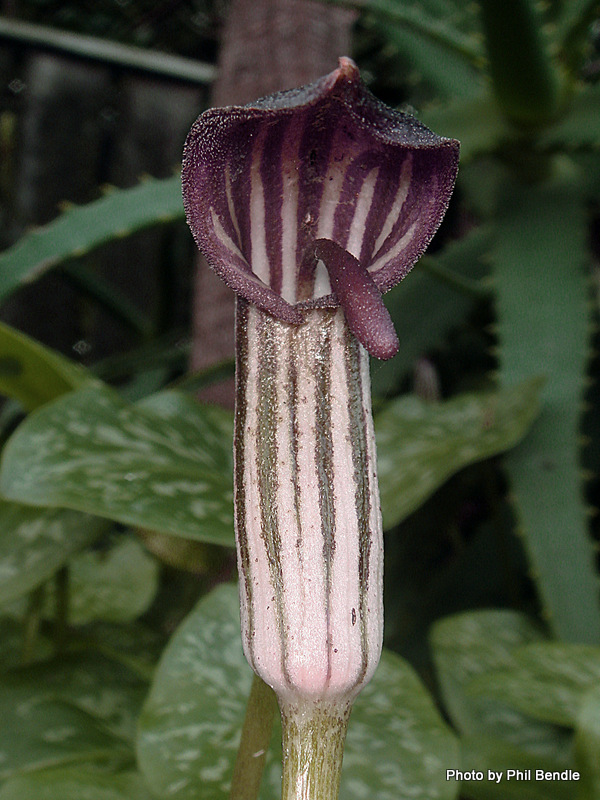 The male and female true flowers. The male is on the top and the female are attached to the green ovaries at the bottom of the stalk. 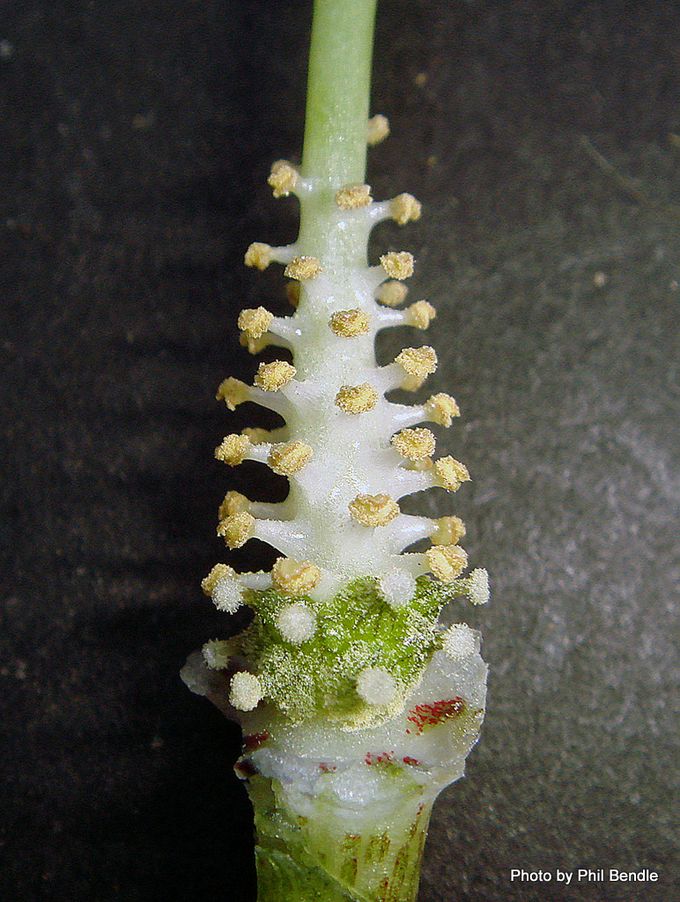 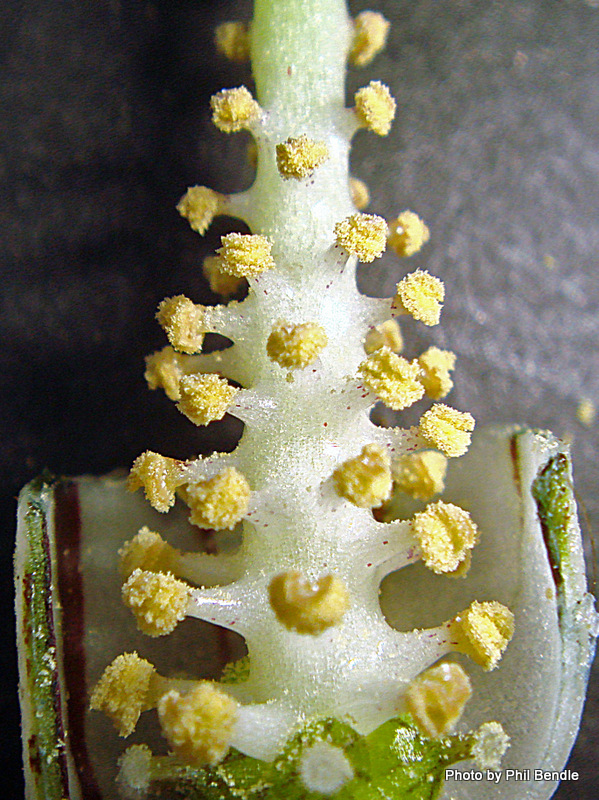 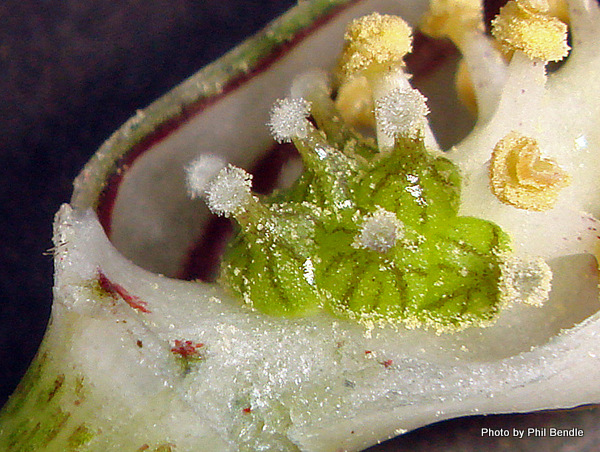 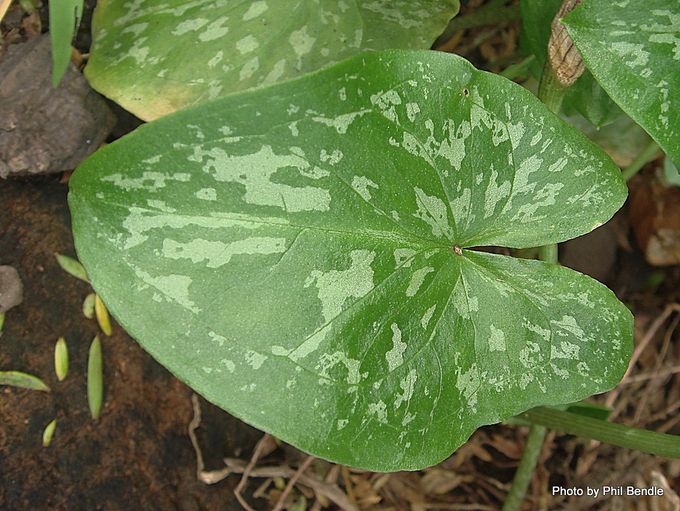