Armillaria limonea is a species of mushroom in the Physalacriaceae family. This plant pathogenic species is one of three Armillaria that has been identified in New Zealand (the others are A. novae-zelandiae and A. hinnulea). It is interesting that the hyphae (vegetative part) of Armillaria spp are bioluminescent and decaying logs may be seen glowing faintly in indigenous forests on dark nights.

Armillaria spp. are widespread in New Zealand and occur naturally in indigenous forests, both beech and podocarp/broadleaf. Fruiting bodies are produced between May and July and its cap (80mm), is dry with a sprinkling of tiny black granules, lemon yellow or creamy white. The gills are white; ring present; stalk light-brown, tapering towards the cap, with a bulbous base (height: 10 mm). They are found growing on rotten logs, snags, or other decaying debris, and may occur singly, in dense clusters, or in groups which can be up to 5 m wide.

Mortality in Pinus radiata caused by this fungus is found throughout the North Island, and in Nelson, Westland, and Southland, generally on sites previously occupied by indigenous forests. It is called Armillaria Root Rot. These fungi infect the root system and lower stem of the tree host. Mortality in young pine plantations can be as high as 50%. Diagnostic features of young pines (2-3 years old) which are infected are the drooping needles. In later stages, needles turn yellow and finally brick-red. Needles remain firmly attached to the dead tree. Older pines: Crowns pale-green in the early stages. Needles turn brown and are cast as attack progresses. Dead trees have few needles left in the crown. Resin bleeding near the base of the tree or on major roots. Fan-like mycelial sheets under the bark of roots and near the base of the stem. Tough, black, bootlace-like rhizomorphs (a dense mass of hyphae forming a root-like structure) emerge from infected. Rhizomorphs may also be associated with mycelial sheets.

Armillaria limonea is variable in colour as seen in the photos below. 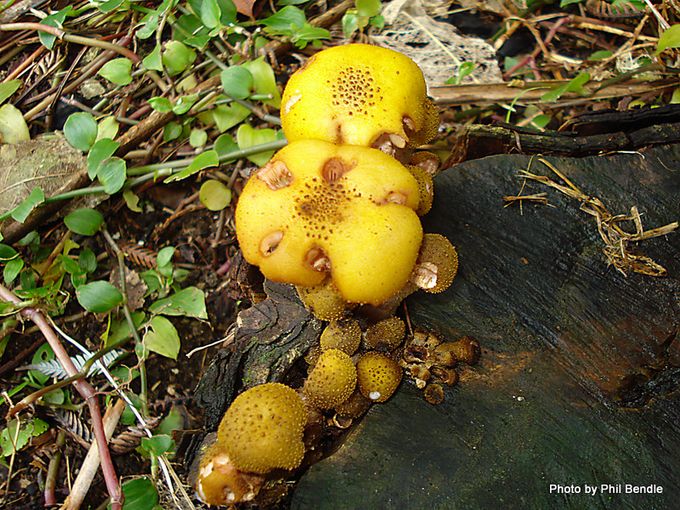 Same group as above but one week later 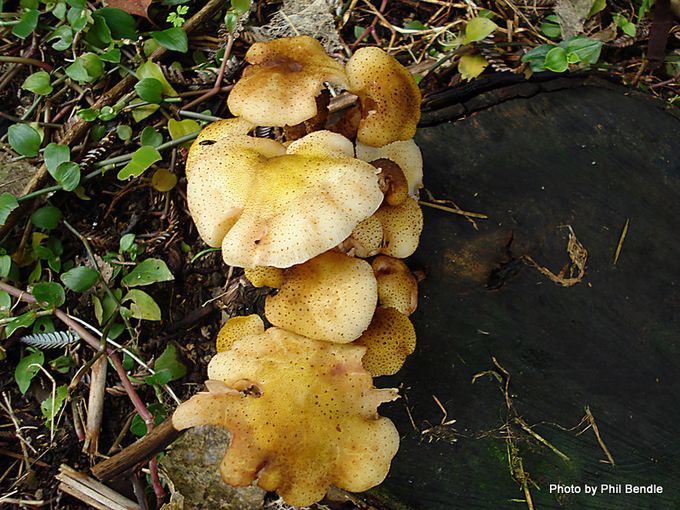 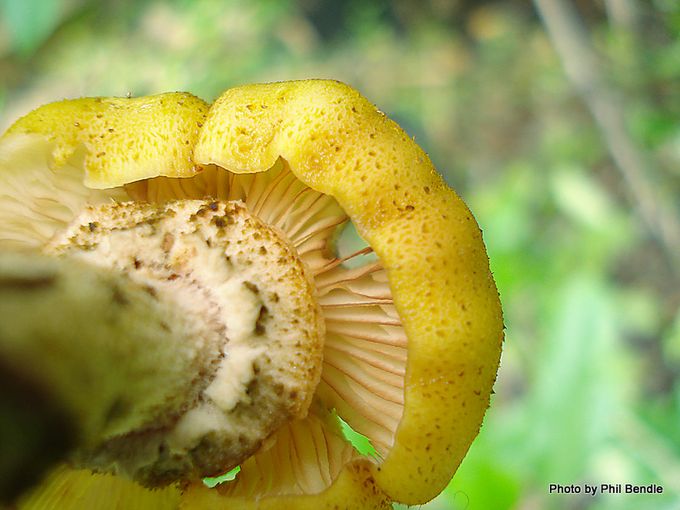 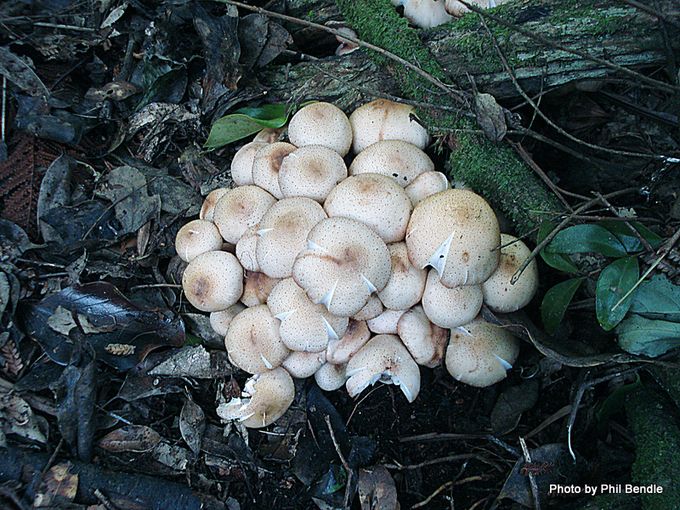 Close up of the above group 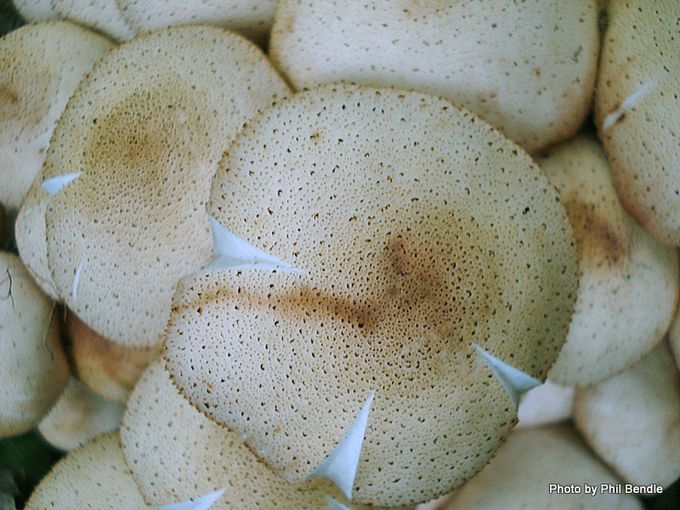