Arthropodium cirratum is a species of herbaceous perennial plants endemic to New Zealand where it may once have been farmed. It occurs naturally north of Greymouth and Kaikoura near the sea and, as the name New Zealand rock lily suggests usually on rocks It was used for medicine as well as food and has symbolic importance in traditional Maori culture. It is an attractive lily, with long and fleshy leaves 30–60 cm by 3–10 cm. From November to January panicles of white to cream flowers with a touch of mauve appear, held well above the leaves. The flower stalk often reaches one metre, and bears many white six-petalled flowers, in groups of two or three, each about 2 cm across. The stamens are tricoloured - purple and white, with yellow at the curled end. The rhizomes can be found throughout the year and these were once eaten by the Maori after being cooked by hangi. William Colenso (botanist 1811-1899) believed, for two reasons, that this plant was once cultivated by them: firstly, the plant grows much larger under cultivation than it usually does in the wild; and secondly, it was often found near old deserted Maori homes and plantations. However, he lists it as only fourteenth in importance in his list of eighteen kinds of wild vegetable food used by the Maori. 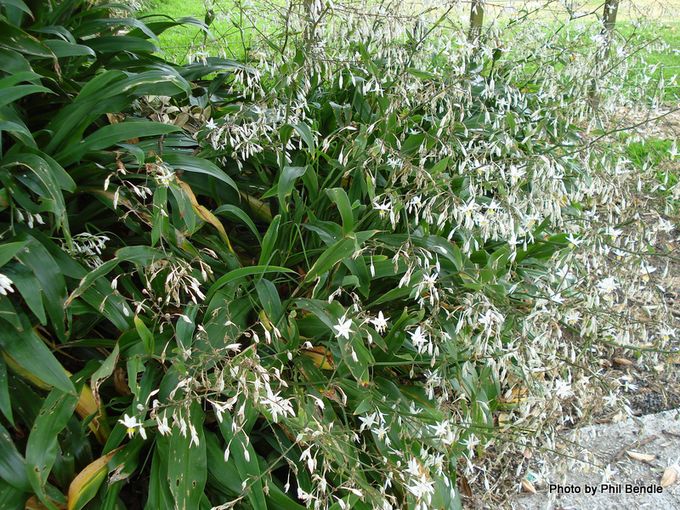 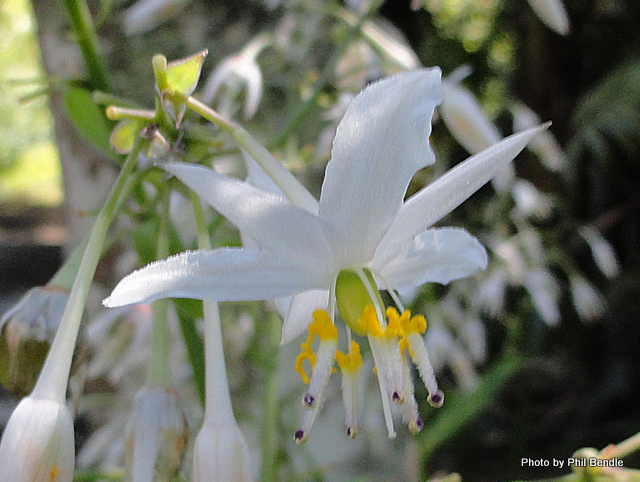 The seed pods after flowering. 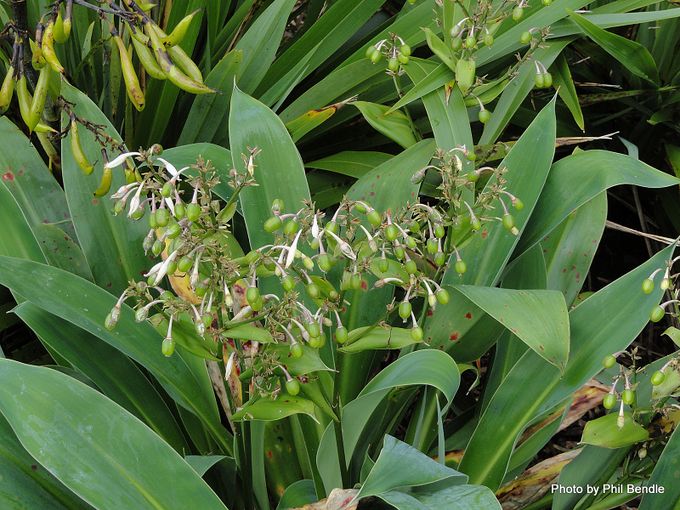 Below is a cultivar called Arthropodium cirrhatum 'Hollards Pink' 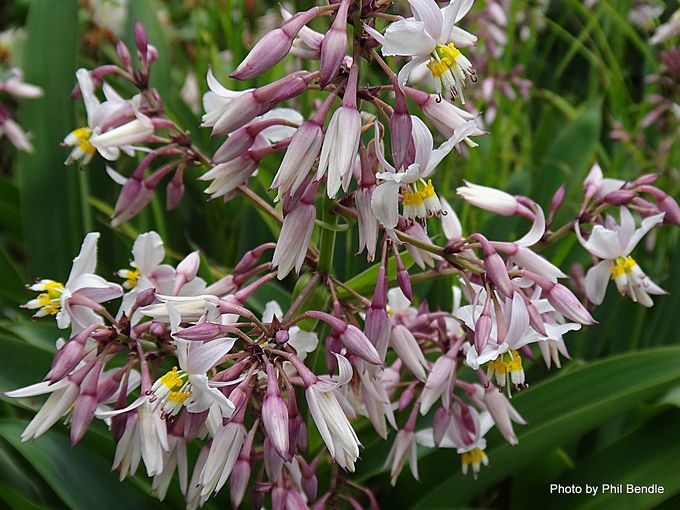 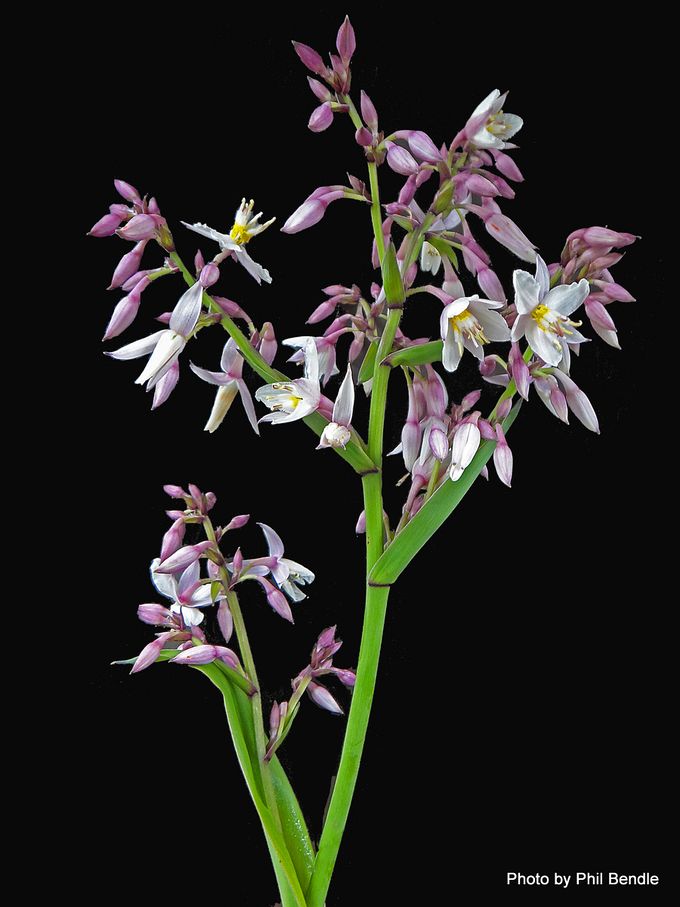 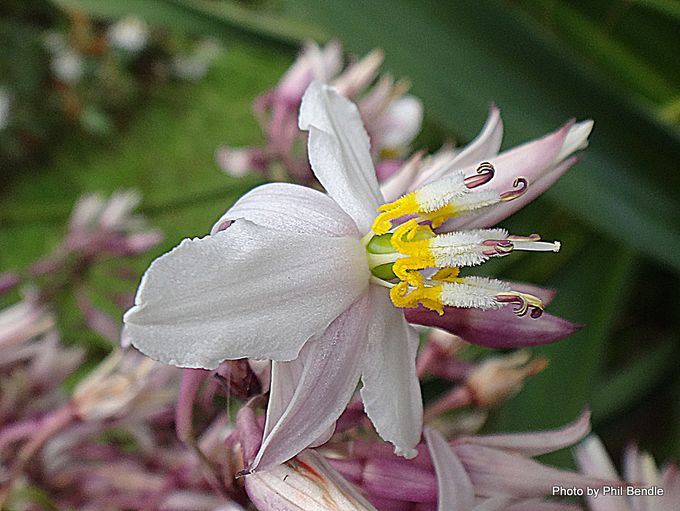 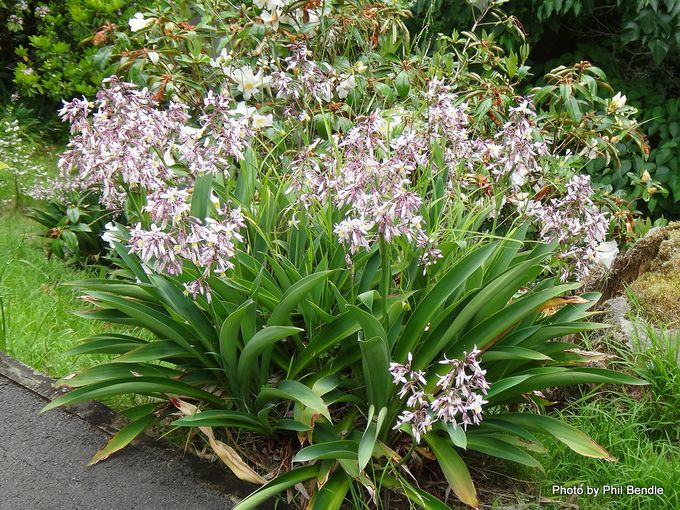