Artona martini is a black, zygaenid moth recorded from Japan, China, Taiwan and Vietnam. The adult moths are entirely black with a dark metallic blue body. The hind wings are translucent.
It was first discovered in New Zealand in 1996 in Whangarei from seven locations. In New Zealand, it has only been recorded so far (2017) from Awanui in Northland, Whangarei, Auckland and Hamilton. It is thought the most likely mode of entry into New Zealand was in second-hand cars from Japan. In the late 1990s, cast caterpillar skins and dead pupae of Artona martini were intercepted on second-hand vehicles imported from Japan at Auckland, Tauranga and Nelson.

The female moth eggs are attenuate, a light yellow and are deposited on the leaves or nodes of the host plant. The young larva is yellowish and becomes a darker yellow as it grows. The caterpillar (10–20 mm long) which can appear Artona martini caterpillars can appear in very high numbers and they feed on several bamboo species and can cause severe defoliation. The most damage is done to ornamental species. The following species are known hosts: Bambusa multiplex (hedge bamboo), Miscanthus sinensis (Chinese fairy grass), Phyllostachys bambusoides (giant timber bamboo), Artona martini caterpillars can appear in very high numbers feed on various species of bamboo.
Pleioblastus viridistriatus (dwarf green stripe bamboo) and
Shibataea kumasaca (ruscus-leaved bamboo).
The caterpillars pupate in a papery brown oval cocoon on the host leaves or in any crevices and holes that they crawl to. In its native range, they have two to three generations a year.
Artona martinis are not a threat to any of New Zealand’s fauna and flora.

Warning: The caterpillars have urticating hairs that can cause a severe, burning, itchy sensation when touched. Dermatitis can follow. Handling the caterpillars should be avoided. 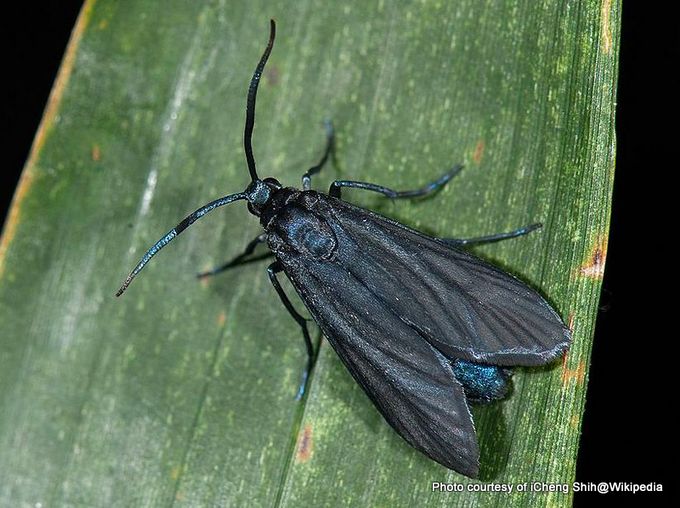 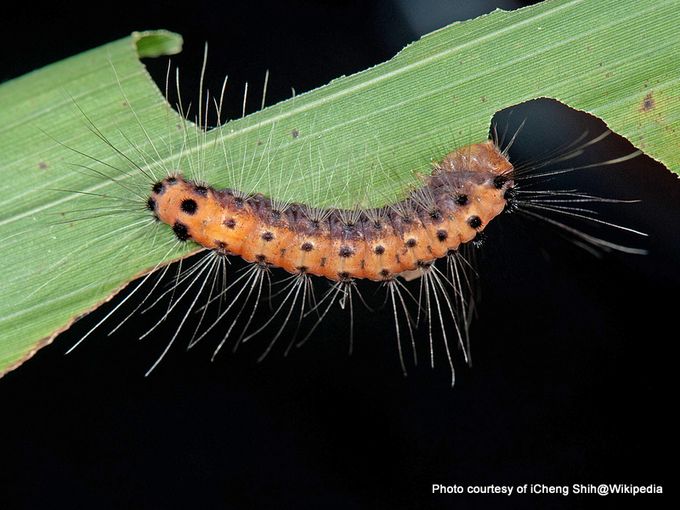