Arundo donax is a tall perennial grass in the Poaceae (grass) family. It is native to the Mediterranean Basin and the Middle East, Asia and probably also parts of Africa and southern Arabian Peninsula. It has been widely planted and naturalised in the mild temperate, subtropical and tropical regions of both hemispheres. It is a weed species in New Zealand where it forms dense stands on disturbed lowland sites, sand dunes, in wetlands, edges of estuaries and the edges of streams and rivers. Arundo donax crowds out other species. It has the potential to spread throughout New Zealand.

Arundo donax looks a little like bamboo. It generally grows to 5-8 metres tall and forms large clumps. It has hollow stems that are 2 to 3 centimetres diameter. The outside stems tend to droop.
The leaves are alternate, 30 to 60 centimetres long and 2 to 6 centimetres wide with a tapered tip, grey-green, and have a hairy tuft at the base. They may be variegated.
In New Zealand, no seed has yet been found set. It is spread by fragments of it rhizomes being dumped along roadsides, over back fences and by garden waste entering rivers.

Growing on a riverbank. 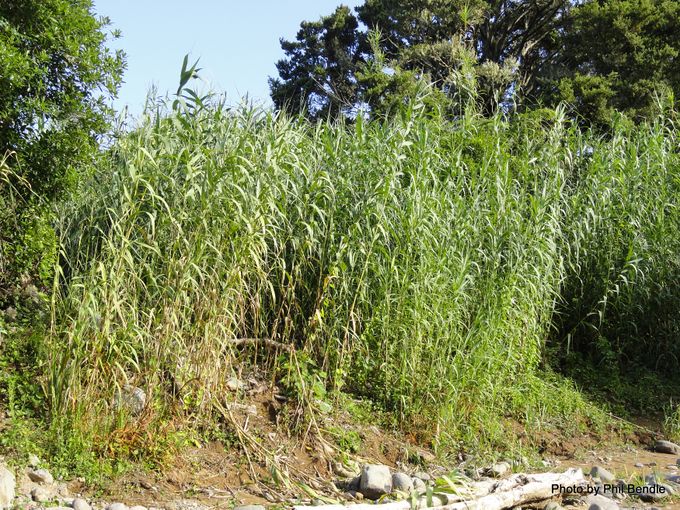 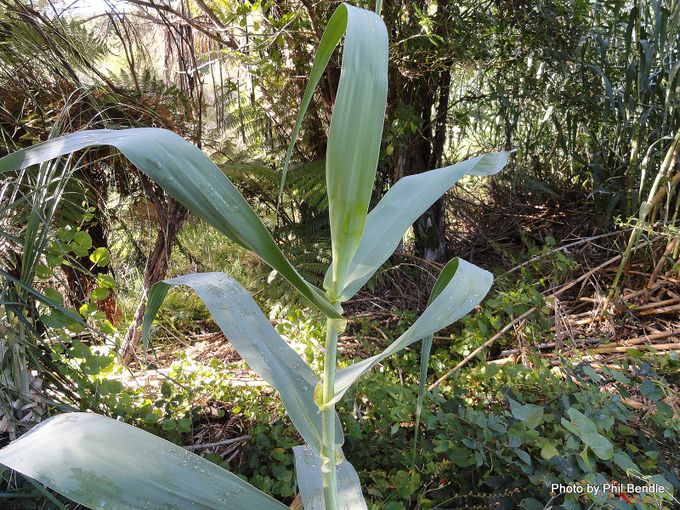 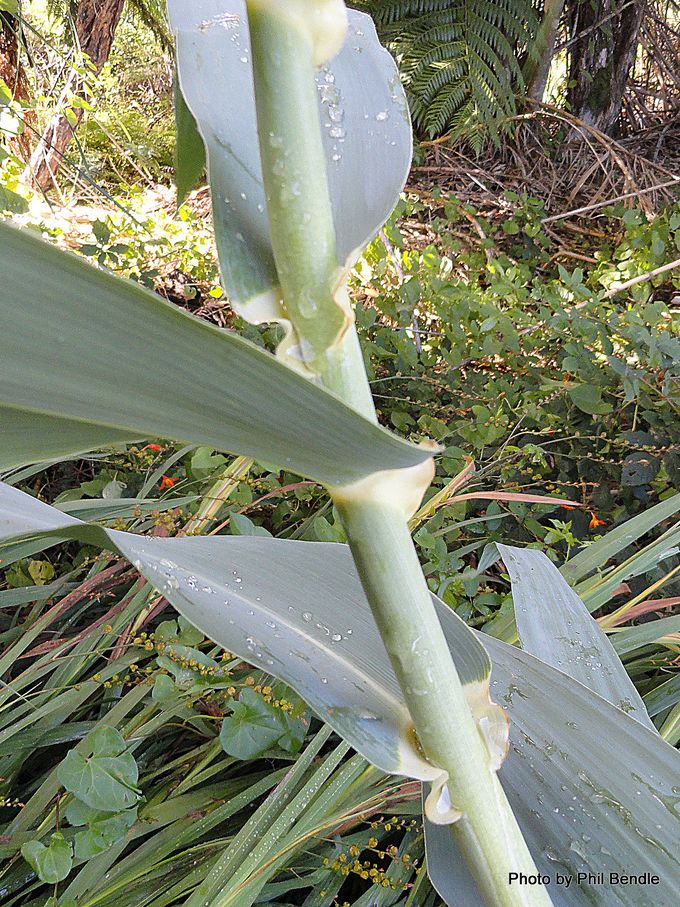 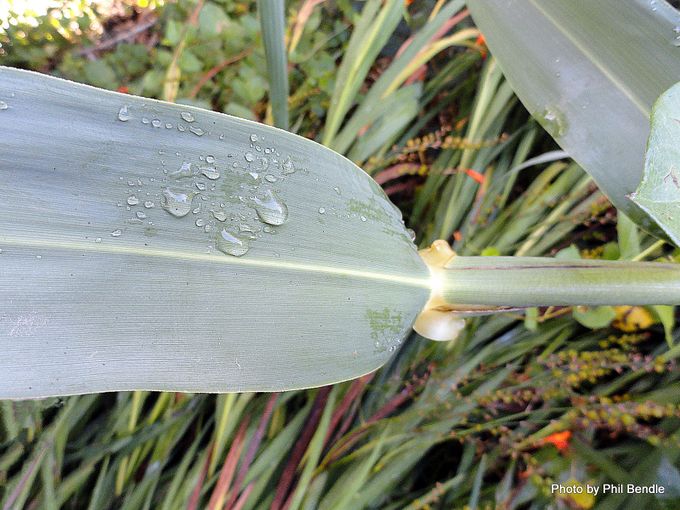 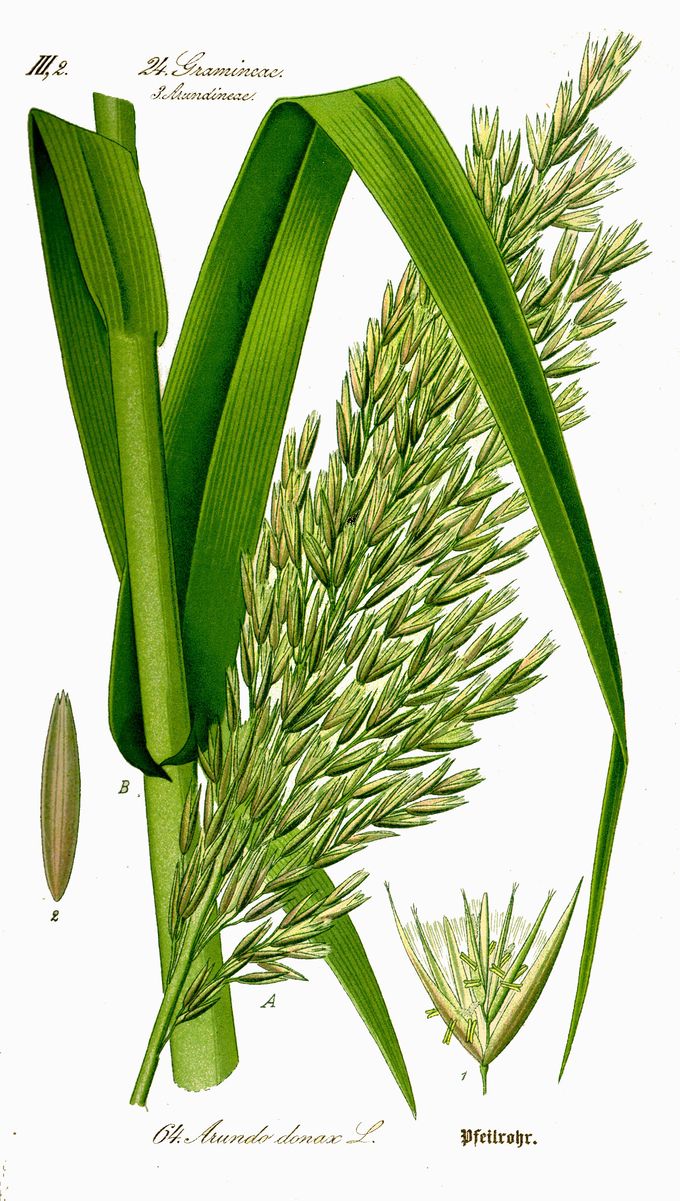