Anthidium manicatum is a species of solitary bee found in parts of Europe, Asia, North Africa, and North America. It was first sighted in New Zealand at Napier and Nelson in 2006, Auckland in 2007-8 and is now widespread in urban New Zealand. Reported in New Plymouth 2015.
Part of its common name 'carder' is after the females bees behaviour of scraping off plant hairs like thistledown, which is combed from the plant by using special rows of hairs on their legs and this is carried back to the nest in a ball held under the body. They use it as lining for their nest cavities. They build these nests in existing holes in timber, masonry, soil, wood piles, buildings or plant stems.
The Wool carder bee is about the same size as a large honeybee but is fatter and has wide interrupted bands of bright yellow and black. The body length is 8-13 mm.
Males which are larger than the females and are highly aggressive against other males of the same species and other nectar seeking insects visiting flowers in its territory. They will also defend the females, although they do harass them by holding them immobile and repeatedly attempting to mate.
Both males and females will hover near flowers similar to hoverflies in the family Syrphidae.
These bees consume the pollen from flowers of a variety of different plant species. More than 80% of the plants visited by A. manicatum are exotic species (predominantly Lamiaceae and Plantaginaceae), although it also visited native species of Veronica (Plantaginaceae) and Lobelia (Campanulaceae).

New Zealand's Ministry of Primary Industries said at the time of the bees first detection that it was considered unlikely that A. manicatum would have any noticeable or significant impact on New Zealand's apicultural industry. Since then, no impacts have been observed or reported. Nowhere overseas are wool carder bees considered to be pests of honey bees. The solitary nature of this species suggests that it will not form large, dense or problem populations that could cause issues. They seldom injured other bees which usually just fly away after an attack... It is thought that A. manicatum does not present a major direct threat to New Zealand's native flora and fauna.

A male bee. The yellow abdomen markings on the male bee are shorter than the of the females. 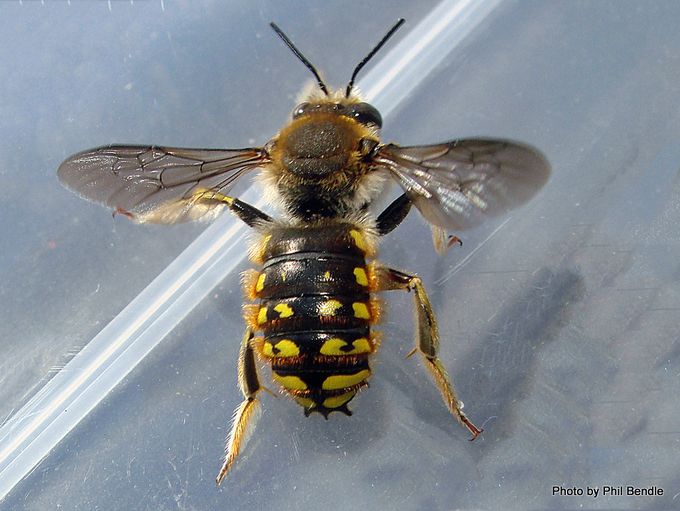 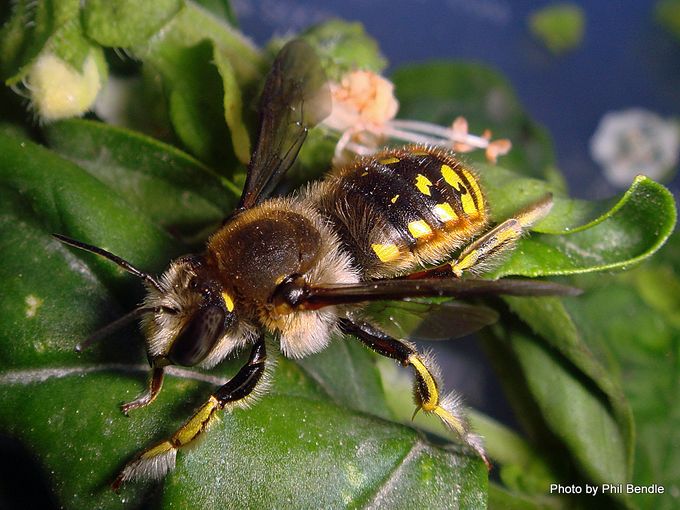 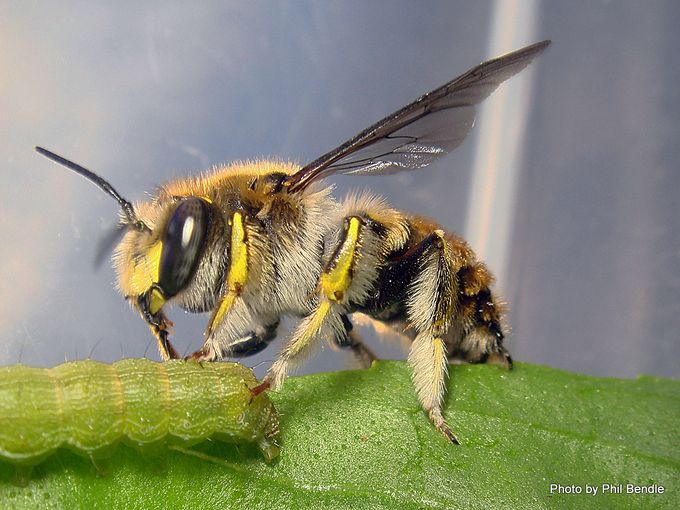 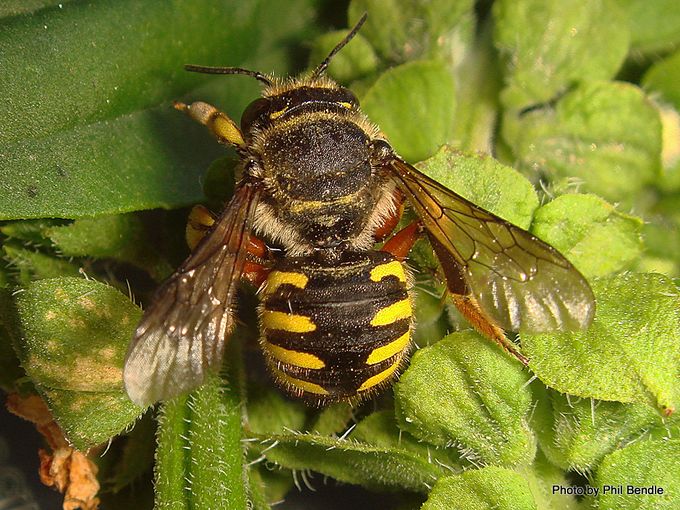 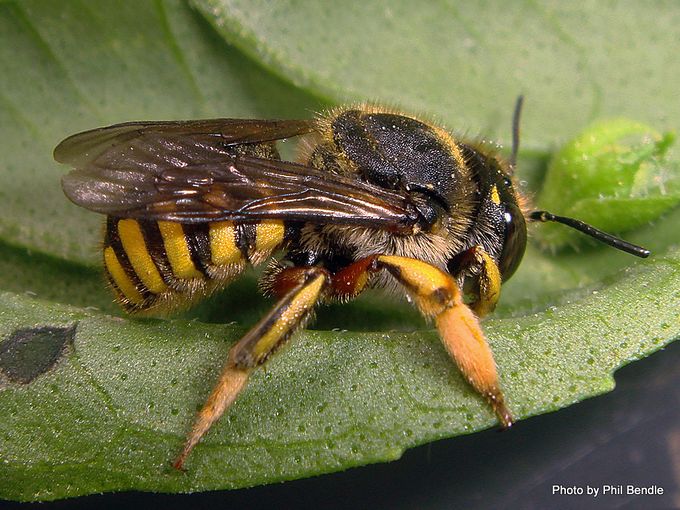