Hylaeus is a large (500 species) and diverse cosmopolitan genus within the bee family Colletidae, consisting of generally small, black and yellow/white wasp-like species. The resemblance to wasps is enhanced by the absence of a scopa, which is atypical among bees.
In New Zealand, there are seven Hylaeus species which are 7–9 millimetres long, slender and almost hairless. They are black with small yellow markings on the face and thorax. They make nests in blind tunnels in twigs and branches, or in old beetle holes in logs. They have no special pollen-carrying structure on the back legs, so they carry pollen in the stomach.
All Hylaeus carry pollen this way in the crop, rather than externally, and regurgitate it into the cell where it will be used as larval food. Like most colletids, the liquid provisions are sealed inside a membranous cellophane-like cell lining; nests are typically in dead twigs or plant stems, or other similarly small natural cavities, rather than constructing or excavating their own nests as in many other bees. 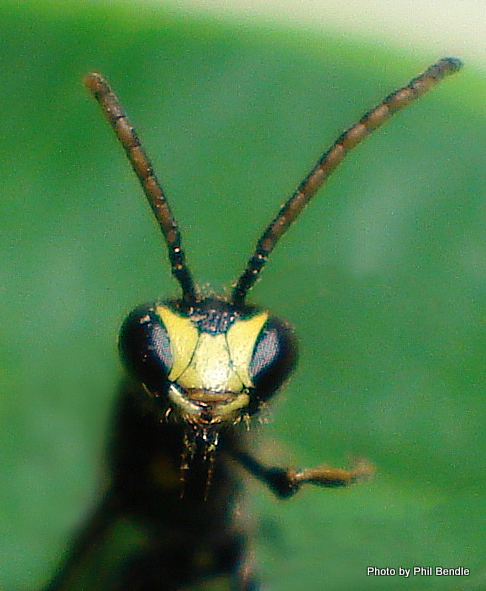 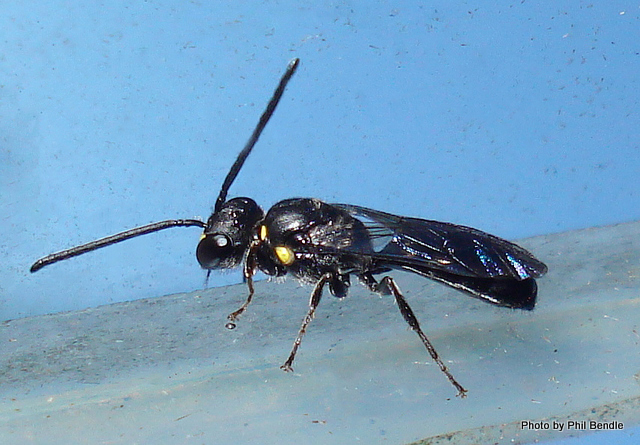 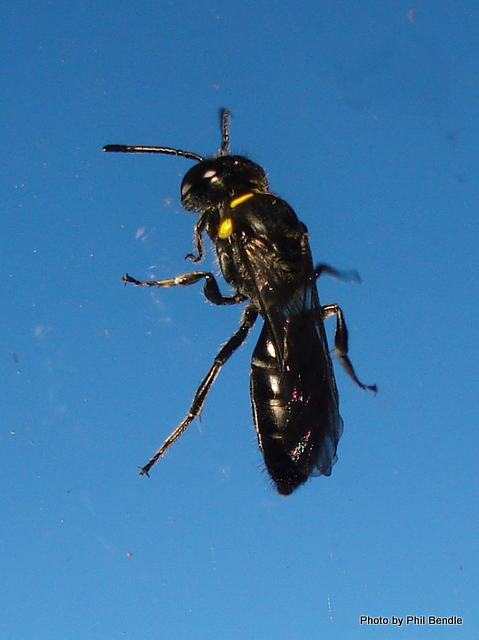