Celaenia dubia is a medium sized spider (♀6mm) that is native to New South Wales, Victoria in Australia. This spider emits pheromones that resembling those of female moths. At night the male moths are attracted to this spider's pheromones and captured and eaten.

The photos below are of a specimen photographed at Makarau in the Rodney District, New Zealand. 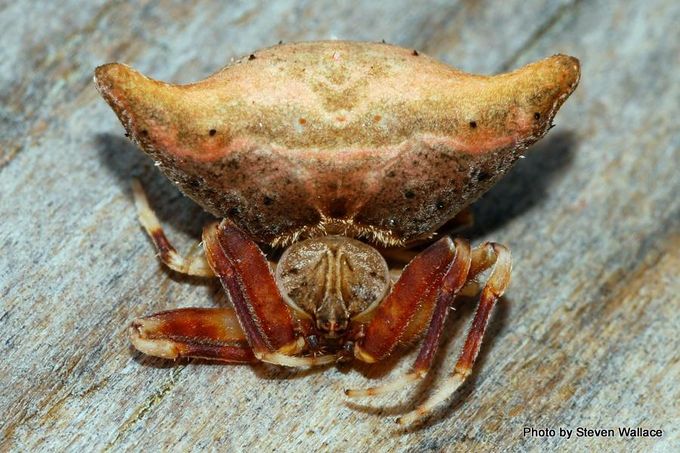 The view of the abdomen from the rear. 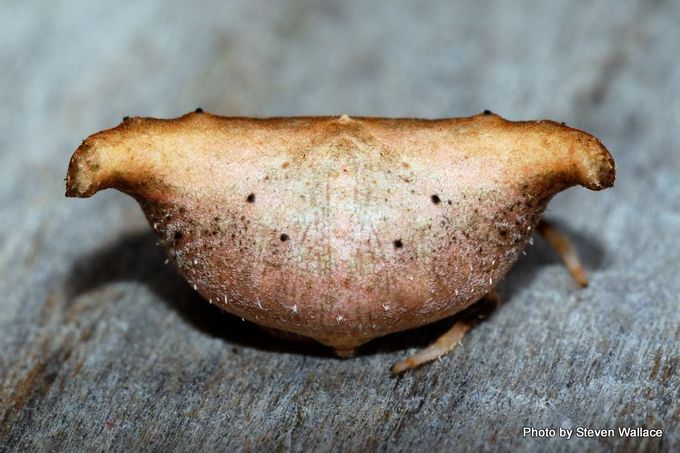 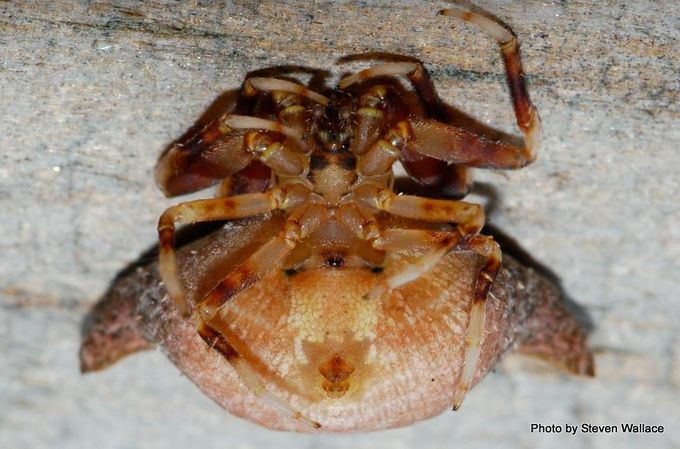